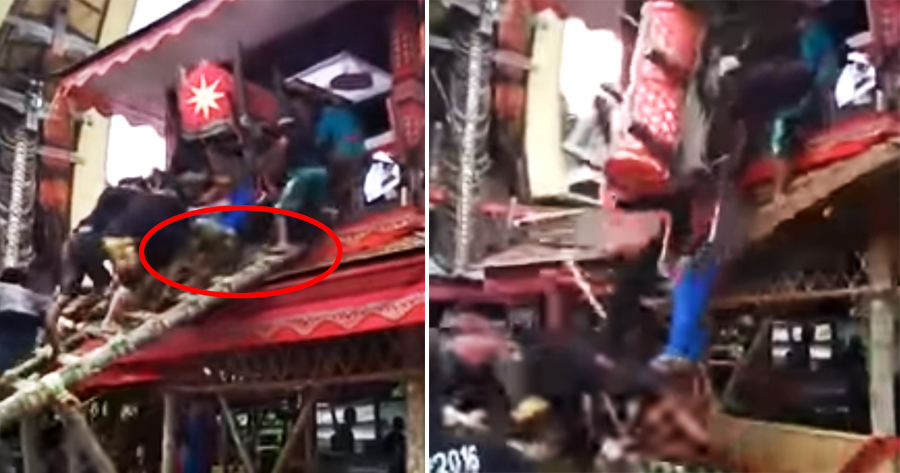 Funerals are a sad occasion for everyone, especially for the immediate family of the deceased. One can only imagine how horrible it must feel to have another member of the family pass away on the same day in the most terrible way possible.

Yesterday (June 17), an Indonesian man attended his mother’s funeral service that was held on the island of Sulawesi. He was among about eight to 10 men who were carrying her coffin up a bamboo ladder to a funeral tower, also known as lakkian, where the deceased is placed before elaborate traditional funeral rites. 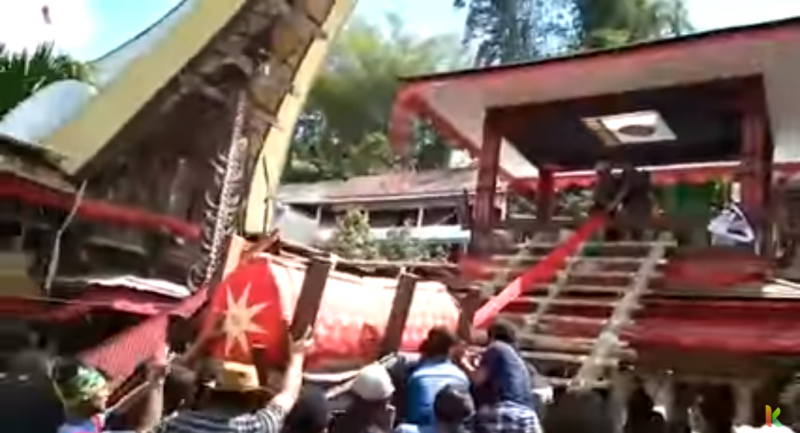 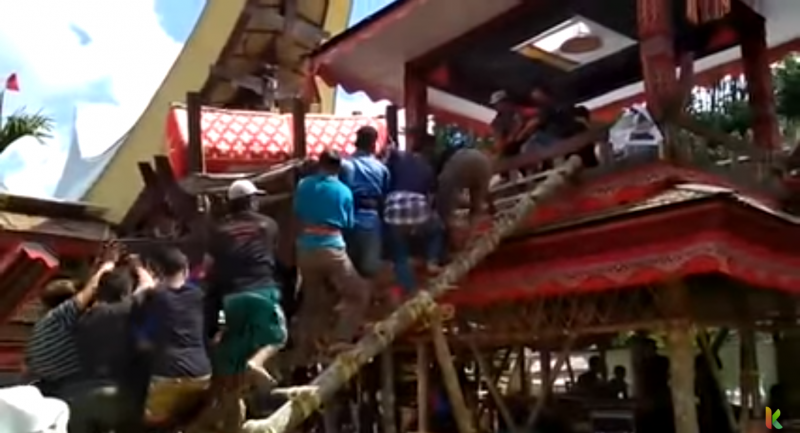 This tower stood several metres off the ground with majority of its components being made out of wood. With a wide wooden ladder that can be seen being secured with string, the men struggled to balance the coffin while carrying it to the top.

As they reached the top of the ladder and were about to transfer the coffin onto the platform, the fragile bamboo poles suddenly dislocated from the platform and fell, bringing everyone down with it, reported New Straits Times. 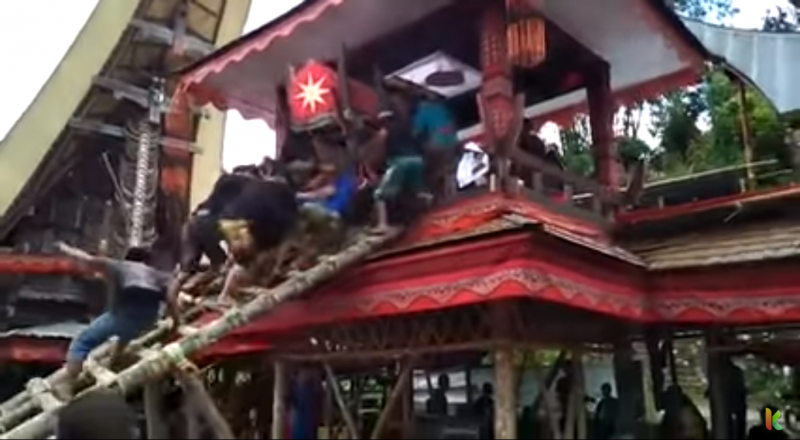 The coffin fell headlong to the ground and crushed the 40-year-old man, identified as Samen Kondorura.

The incident happened in Parinding valley in North Toraja district. 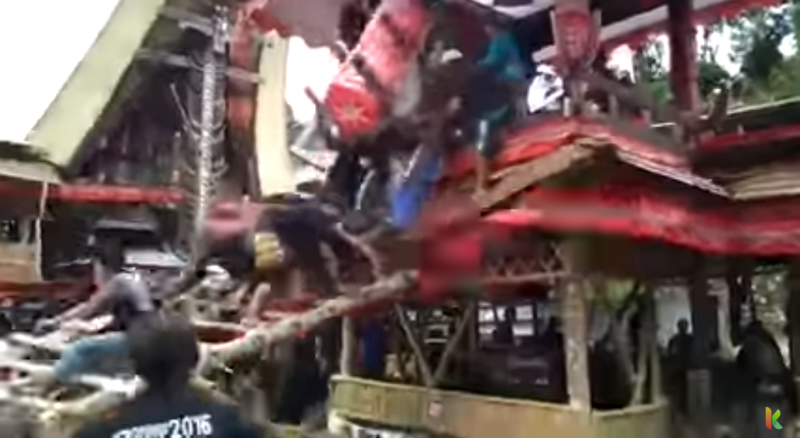 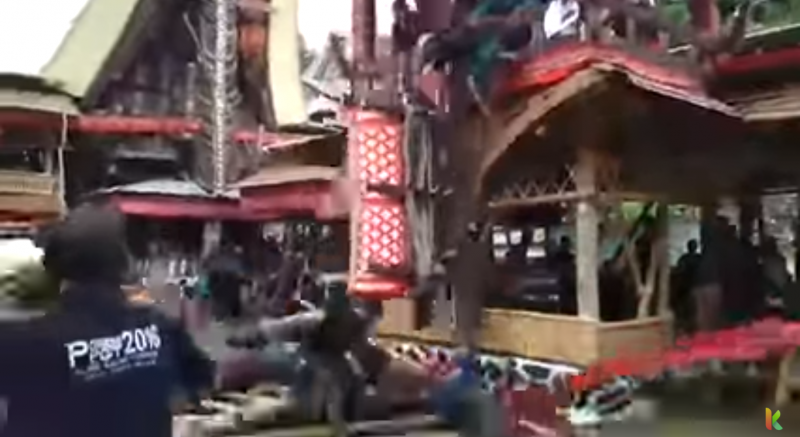 “As the mother’s coffin was being raised to the lakkian, suddenly the ladder shifted and collapsed, the coffin fell and hit the victim,” said Julianto Sirait, chief commissioner of the Tana Toraja resort police.

Those surrounding the tower rushed to the scene and carried Kondorura away from the place of accident. However, he died later in a hospital. His body is now resting next to his mother’s, Berta. 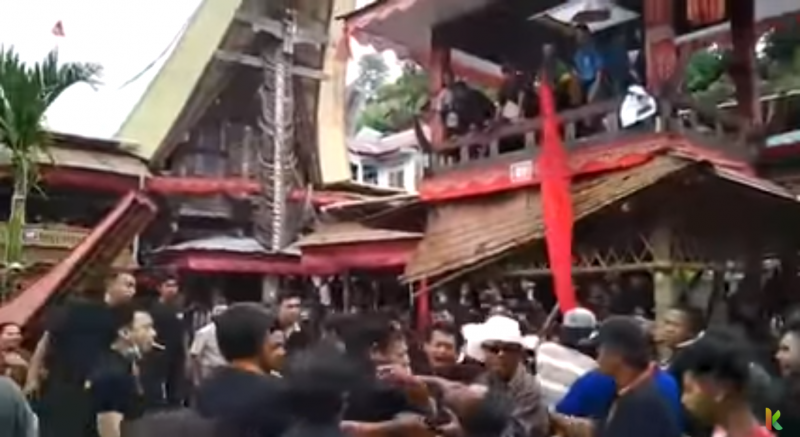 Sirait said that this had happened because the ladder was not secured properly, but the family has declined to press charges.

When ethnic Torajans die, local residents hold elaborate funerals that can last for days and involve music, dance and the sacrifice of water buffalo.

The incident was recorded on video and posted on YouTube. Watch it here:

It is very unfortunate what happened to this family. We only hope they do something about those unstable ladders so this won’t happen again. RIP. 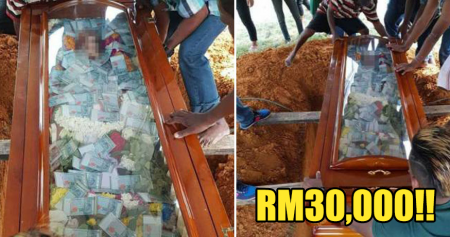