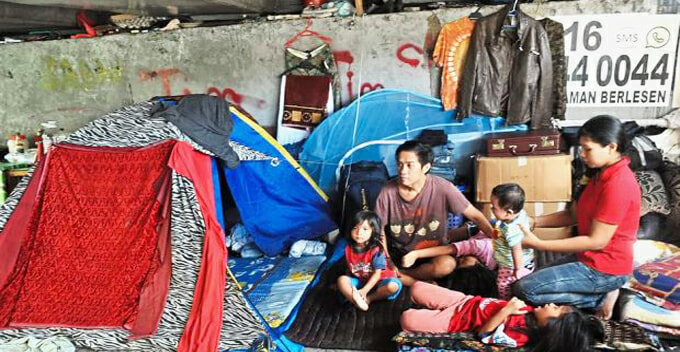 Having a roof over our heads is a basic necessity for all families since it provides a sense of security and protection for all members. However, this family is clearly deprived of one.

For the past two months, a family of six had no choice but to stay under a flyover in Pandan Perdana near Cheras. This is because they were evicted from their rented flat, according to The Star.

Jeffry Husin, 41, and his wife Siti Nor Sazila Zakaria, 30, are blessed with four children, with the youngest one being nine months old. Currently, their living conditions are certainly far from conducive as they are living in a public area with just a tent, a stove and some of their personal belongings for the past two months. Besides, the youngest child has developed a fever since staying there. 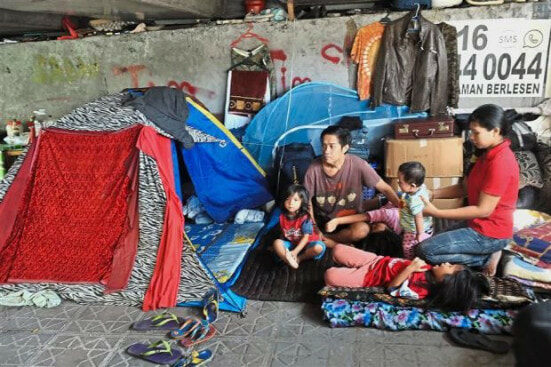 Jeffry’s family would cook and eat under the flyover but the children would sleep at his sister’s house at night.

The family has been staying at their previous flat for almost 11 years. However, they now don’t have a choice but to call the flyover their new home after failing to pay two-months worth of rent.

“I was falling behind my rent payment, so I offered RM200 first but my landlord refused,” Jeffry said.

It was understood that things took a downturn in his life after he left his job as a security guard a year ago due to an old injury on his spine. Apparently he took a pretty bad fall in 2006, which left him in pain, and thus unfit to work at times.

So he had to resort to doing odd jobs such as selling recycled items to put food on the table. Besides that, he claimed that the landlord would harass them on a daily basis just before the eviction.

“He would shout at us and call us names. It’s shameful to have to pass the flats,” he added.

After Jeffry’s predicament was picked up by the media, he was visited by Pandan MCA chairman, Datuk Leong Kok Wee, who donated money and essential items to them. Leong had also contacted the Welfare Department, which has promised to find them a place to stay.

Meanwhile, a good samaritan with a heart of gold, Danny Sum, has donated money to the family and is planning to offer Jeffry a job once they get a place to stay. #Respect

We certainly hope that Jeffry and his family can get a place to stay soon and a job to improve their living conditions.

Also read: Poverty-stricken Parents Only Had Enough Money to Save ONE Twin, But Then Netizens… 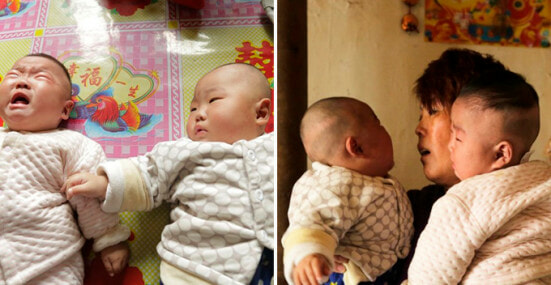