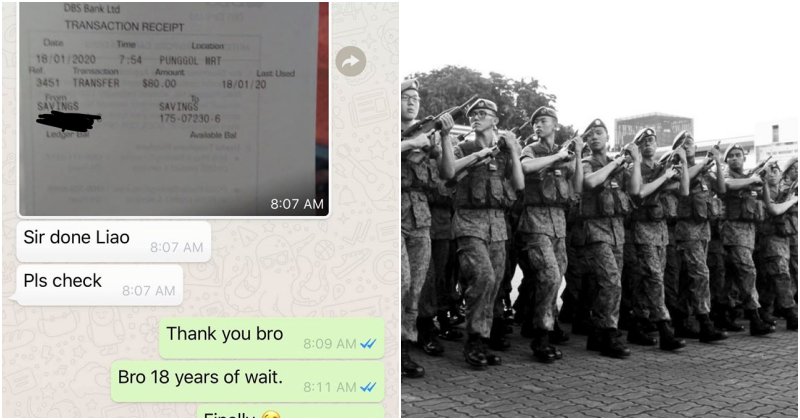 We have all been there – at a time where friends would approach us for small loans. We also know getting our money repaid back is not the easiest thing. Heck, many of us encountered people who just ‘forgot’ to pay us back.

However, what happened to a man in Singapore recently was hilarious. He had to wait a whopping 18 years before his borrower paid him the $80 (RM240) he lent during National Service.

Showing his gratefulness to his friend who paid the debt, Derick Khoo Yew Seng took to Facebook to express his appreciation in a thank you status.

He writes, “This post is not to disgrace anyone. I post this because I am super duper happy for him.

“He is an army under my care in 2002 during National Service. In our one on one interview, he expressed his wish to borrow money from me to resolve his issue.”

“Without further consideration, I lent him the money.” 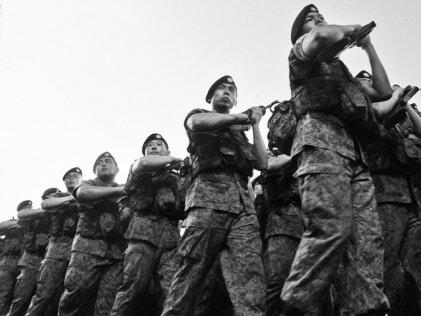 Derick understood at that point that the army did not pay well, which resulted in some facing direr financial problems than others.

Unfortunately, as his service ended, they lost contact with each other, Derick assumed that he would no longer come into contact with the man as he changed his phone number.

“For me, it was just water under the bridge from then on.”

Within a few years, their paths crossed for a brief moment at which point Derick’s platoon mate mentions that the loan matter has not been forgotten.

“After a few unfulfilled promises, the man changed his phone number again.”

“It is probable that he is not able to pay his bills, thus resulting in the telco terminating his number.”

Thanking social media, Derick was once again met with the man he lent his money to, and received a phone call in the evening from an unknown number that turned out to be him.

“He identified himself to me and told me that this time he will return the money he borrowed from me.”

“I believed it half-heartedly as I have already forgone what he borrowed from me. That very morning, he shared with me a receipt proving that he had paid the money.” 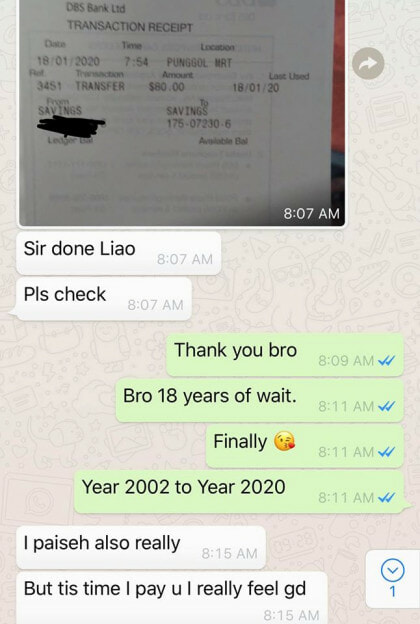 Tears flowed, because to Derick it was not the amount that mattered, but the value of a kept promise is what meant the most to him.

“I was overjoyed that he finally did it. I can see that my man has changed from being an ’empty promises guy’ to someone better.”

Sure, not all of us think like ahlongs, especially when lending money to those who need it the most, but it is always a good gesture seeing our friends coming through and pay us for the amount they borrowed.

So, if you know you owe someone money, do the right thing and pay them back!

Also read: 27yo M’sian Lady Loses RM36.8k in a Month After Being Tricked by Loan Company 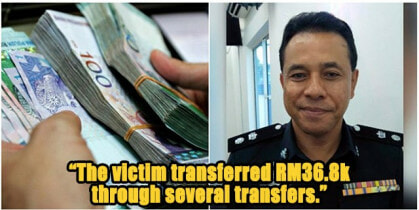