I wonder if this would take a TOLL on their PR?

A man recently claimed on social media that he has been wrongly charged by the boys behind the PLUS Highway.

In his Facebook post, Damar Wulan, slammed the PLUS toll guys saying he was charged RM9.40 for what’s supposed to be a RM3 journey. 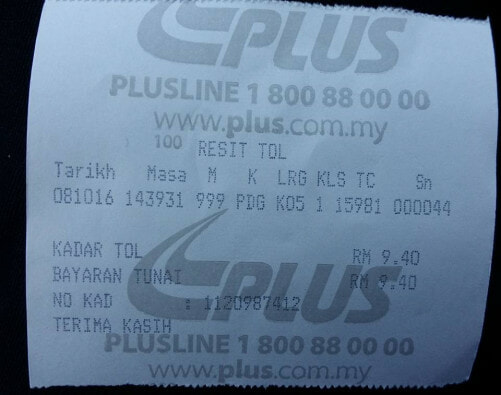 According to him, when he asked some PLUS officials why he was subjected to the higher charge, they said it’s because he rested too long at the rest stop.

“Crazy or what ah? Can’t stay for long in an RnR.”

He also further stated online that he was told that if you wait too long at a R&R, PLUS will be suspicious of foul play and will penalise you, in his case, by RM6.40.

“I told them that I was tired and slept for a while at the RnR, but the toll supervisor said that sleep isn’t approved on the PLUS Highway as there are no hotels.”

This presumably pissed him off because he hit back by asking why was there no signage at the rest stops to inform people that there’s a maximum allotted waiting time at the R&Rs.

His post was very widely shared by netizens who also believed that you can’t stop in R&Rs for a long time, hence causing quite an outrage.

Now note how I said “according to him”, and I said that for good reason, while there’s no official word from PLUS, this case has been debunked and solved by yours truly.

All you gotta do is pay attention to the red box I so artistically drew with MS Paint!

The ‘M’ stands for masuk and the ‘K’ stands for keluar, which are the Malay words for entry and exit respectively. Typically they’ll read the codes on which toll you entered and exited the highway from.

But as you can see, his ‘M’ is 999, which is not an entry point at all. It is, in fact, an error code. When your entry point is labeled ‘999’, it means the exit toll couldn’t ascertain where you started from and charges you the maximum amount!

A quick check on the PLUS website proves this. Just look for the highest charge from his exit point, PDG.

For those of you who are wondering when does the ‘999’ error happen, well it happens usually when people use fake entry cards or there has been some other problem with the card.

If you guys find yourself in a similar pickle, just contact PLUS and they’ll likely rectify the issue. But for the time being, we can only gawk at how the PLUS personnel answered to his queries.