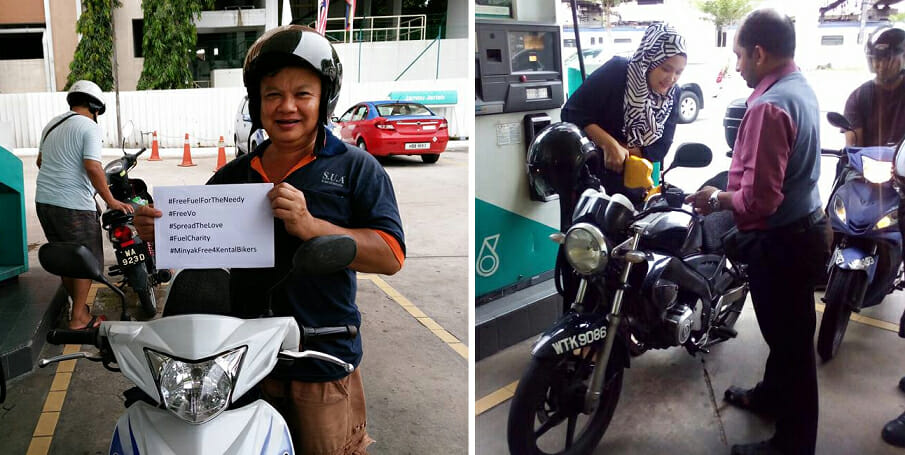 15 cents on the litre is too much for the nation’s poor. Since the government is a finicky source of aid, these Malaysians decided to take matters into their own hands.

Kind-hearted Malaysian, Zurianty Sudin was appalled by the drastic price hike in fuel, despite all global metrics showing a decline in the price of both crude and refined petroleum.

But instead of going the keyboard-warrior route, she took matters into her own hands and founded a volunteer group called Freevo to launch a project called #FreeFuelForTheNeedy. 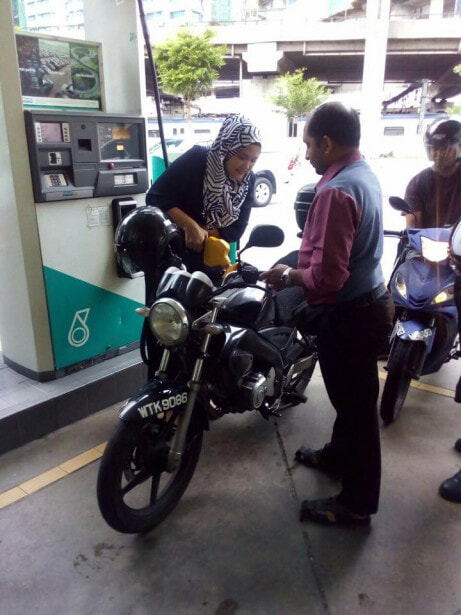 The Freevo volunteers basically just go around to Klang Valley petrol stations early in the morning to pay for motorcyclists’ petrol.

Zurianty manned the Petronas station in Brickfields while the others were based in Penchala Link, Ampang, Kepong, Ara Damansara, Shah Alam and also Wangsa Maju.

According to her, she just stayed for 15 minutes before heading off to work, offering to pay for any bikers she spots.

All volunteers are welcome to contribute as much as they want. For Zurianty, she allocates RM5 per bike.

“I can’t change the world, but I can try to make someone smile with RM5!”
– Zurianty 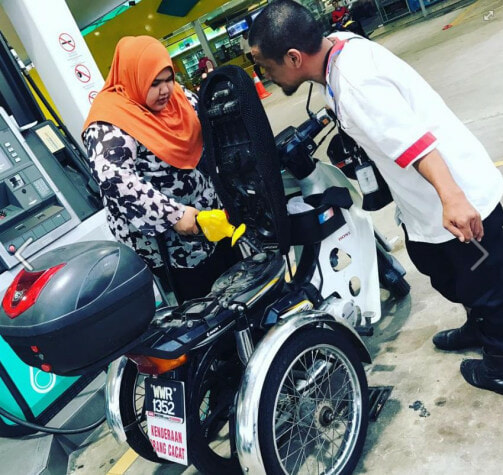 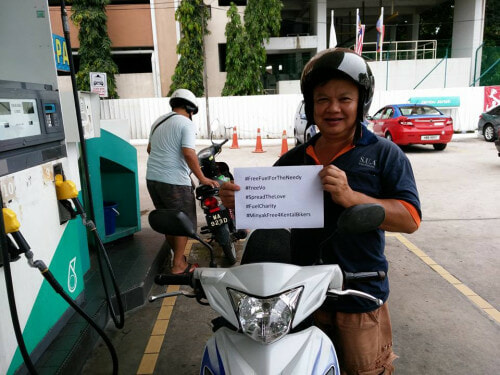 This effort has been met with a lot of positive remarks, many motorcyclist were indeed humbled by the project.

“For myself, I would allocate about RM200 to be given as free petrol, before I head to work.

“Alhamdulillah, there was an uncle I met who said that he was grateful for the free petrol. It enables him to travel to work for a week, since he have yet to obtain his pay.”

When asked why she started the initiative, Zurianty had this to say;

“Many have asked why I was giving free petrol refills. I just tell them it’s rezeki from God, I only help refill the petrol.” 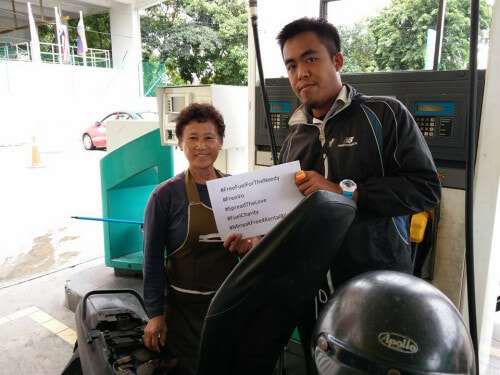 Naturally people have asked why was this project solely for motorcyclists as there were needy people who drove cars as well. Her reply was simple;

“Because with only RM5, we could get a full tank. We can cover a lot of people. Not really. I’ve seen many pak cik who paid for petrol with only RM2.

Some even used coins. Yes, not everyone who rides a motorcycle is poor. But it’s alright, let us start with this group of people first” 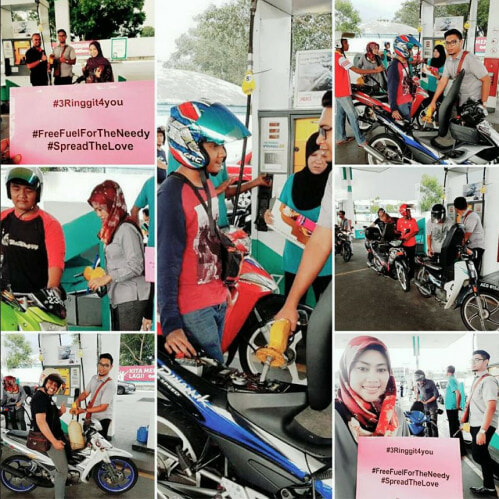 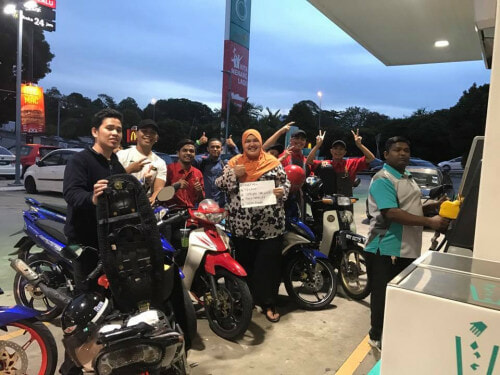 This local hero has warmed many hearts with her actions. She also has a little message for the trolls and critics of her initiative.

“If we sit around on Facebook, can we make anyone richer? We spread the love, not hatred. Everyone is upset that the prices of fuel have been increased.”

“The poor, the rich, everyone is angry. Let us sprinkle this anger with a little bit of positivity.Not a lot, just a little bit.”

“Finally, every single little effort counts. Yes, it won’t change anything, but maybe it will change YOU! Let’s spread the LOVE!”

Most importantly, she hopes that her little project will open the eyes of every other Malaysian – that a small effort goes a long way. So whoever who wishes to do charity wouldn’t be ashamed of their ‘small’ contributions, but will be happy to help with whatever they can.

To Miss Zurianty and all of the Freevo team, thank you for showing us that there are Malaysians out there who not only look out for themselves but for their fellow countrymen as well.