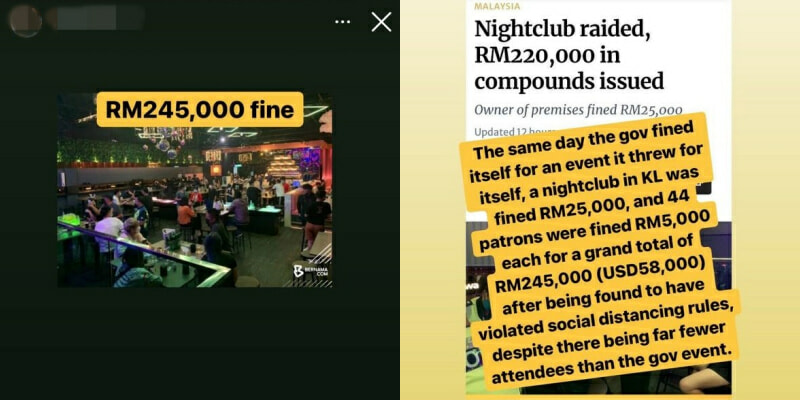 Comparing the RM1,000 compound to another incident which the organisers of the that event was met with a RM245,000 fine, the stark difference left a bad taste in the mouth for all who followed both incidences closely.

According to this netizen, there was a huge difference in the amount of fines given whereby organisers of the Aspirasi Keluarga Malaysia were only given a RM1,000 compound, while in another incident that took place the same day, a raided nightclub was slapped with a RM245,000 compound.

“The same day the government fined themselves for an event they organised themselves, a nightclub in KL was fined RM25,000, and 44 patrons were fined RM5,000 each for a grand total of RM245,000.”

“Those who were fined were found to have violated social distancing rules, despite being in a crowd with far fewer attendees than the government event.”

Earlier, the Ministry of Health through the Health Minister Khairy Jamaluddin, issued a fine against the 100-day Malaysian Family Aspiration organisers at Kuala Lumpur Convention Centre (KLCC) for not enforcing SOPs.

“The organisers of such official government events should set the best example and be a benchmark for other agencies, as well as the public.”

Let’s hope that the government will be more serious after this in ensuring that double standard treatment will not be a mainstay in Malaysia. 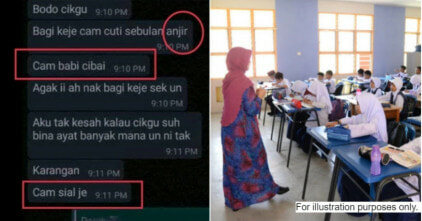