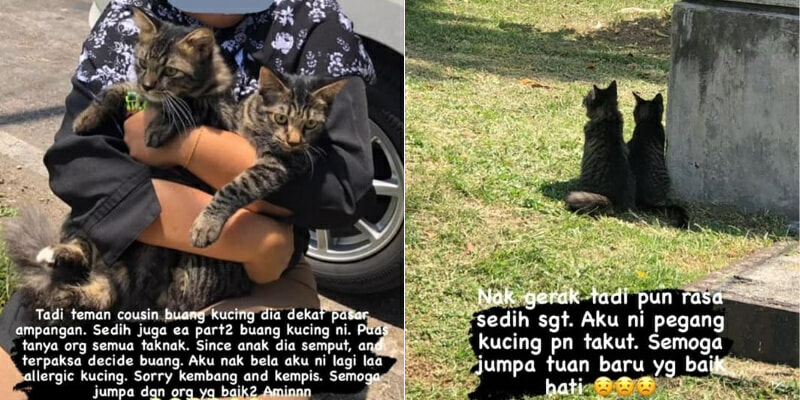 It’s no secret that dumping your pet animals is a crime in Malaysia. This is because it’s not only cruel to the animal, but it also  contributes to the stray population living on the streets.

Yet, Malaysians still do it and some even document it online.

The Persatuan Haiwan Terbiar Malaysia – SAFM took to their Facebook page to showcase a Malaysian who had taken to her Instagram Story to showcase her cousin dumping a pair of cats near the Ampangan wet market, Negeri Sembilan. 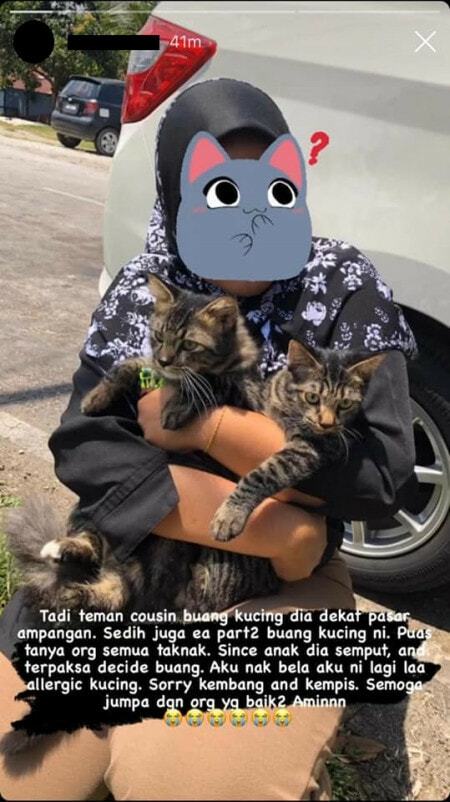 The woman shared in her Instagram Stories that they had tried to look for people willing to take the cats in but to no avail, before dumping the cats due to allergy issues.

The woman wrote, “Just now, I accompanied my cousin to dump her cats near the Ampangan wet market. It’s quite sad, the part of dumping the cats. We asked around for adopters but nobody wanted to take them. Since her kid has shortness of breath, she was forced to throw the cats away. I would take them in but I’m even more allergic to cats. Sorry, Kembang and Kempis. We hope that you find good people.” 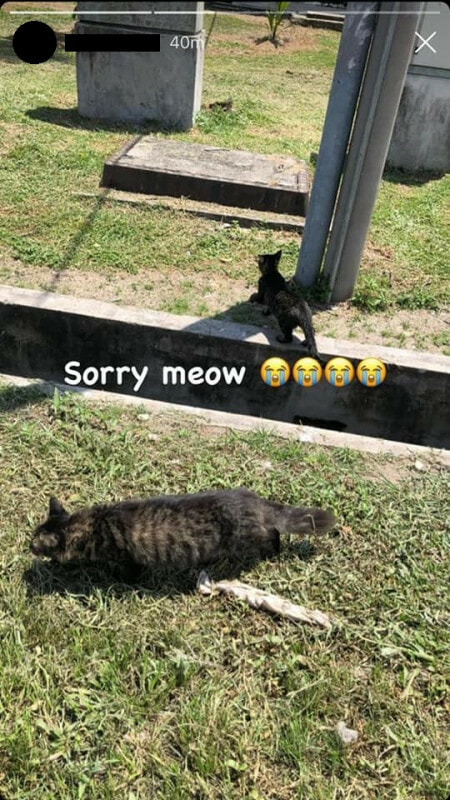 But what the woman didn’t realise is that there are many other alternative and humane methods to solving this issue.

Here’s some examples from a concerned netizen.

This comment reads, “Why didn’t you hand them over to a shelter? I’ve surveyed, and there are shelters who would take in cats, you’ll just have to abide to some terms and conditions. If your kids have asthma, keep the cats in a cage and place them in our compound until you find them a new owner. Post advertisements on Facebook, ask cat-centered Facebook pages and groups for help. There’s always a way, don’t easily just throw them away.” 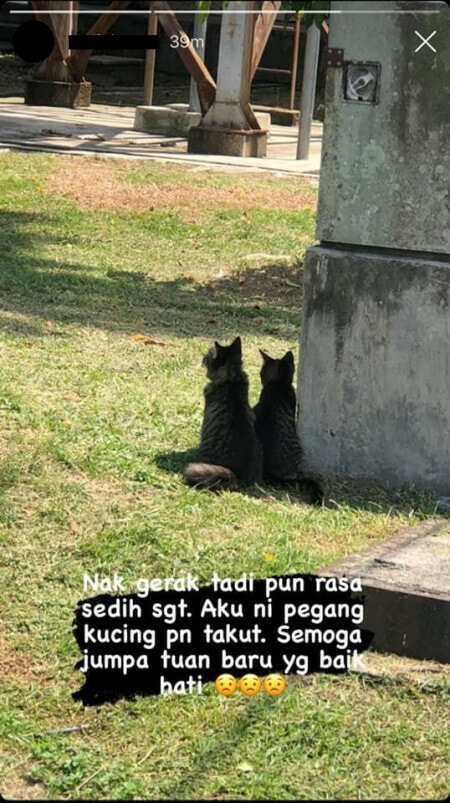 If you really care for your pets, you’d be willing to find a way to ensure that they are safely in the hands of owners who are willing to provide them with forever homes.

The act of dumping your pets is the same equivalent of washing your hands of a problem.

“We would like to remind netizens that the act of disposing of pets is a cruel and serious crime against animals under the Animal Welfare Act 2015. If caught, a maximum jail term of three years and a maximum fine of RM100,000 await the irresponsible perpetrators,” said SAFM.

We genuinely hope that the authorities find and take action against the irresponsible cat owner who dumped these poor cats, and that they find a good home with people who will love them for life.