As the Slim By-Election voting day comes to an end, there were reports of an incident due to a misunderstanding over the voters’ dress code.

Seen wearing shorts, several would-be voters were denied entry into the ballots which have caused disgruntled individuals to tear their voter information cards distributed by the Election Commission (EC). 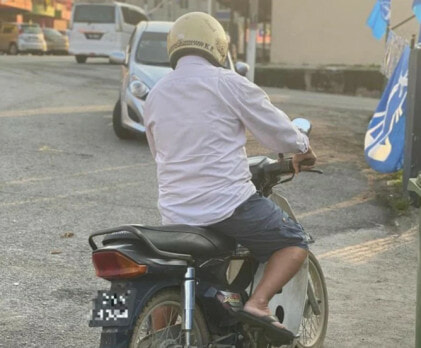 One voter said that it would have been his 10th time voting, and wearing shorts was never an issue in the previous nine times he voted.

“This time, I could not enter because I’m wearing shorts. Previously, we had no problem and they allowed us to enter.”

Another would-be voter also mentioned that he had arrived at the polling booth early, but was stopped by the EC.

Netizens commenting on the incident were indeed unimpressed with the EC, for enforcing a non-existent dress code that prohibits the wearing of shorts when voting.

To ensure that the situation did not go out of hand, the EC has released a statement stating that the incident is nothing more than a misunderstanding.

“It was probably a miscommunication. It should be no problem wearing shorts and entering the polling centre.”

“In terms of (attire), those who wear political party shirts are not allowed to enter the polling centre.”

Let’s hope that the EC will not take this matter lightly, and ensure that they follow regulations and guidelines that have been set in place.

Also read: In Case Of a Snap Election, Here’s How To Register Online To Vote Before the June 30 Deadline 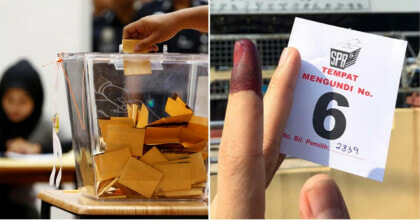