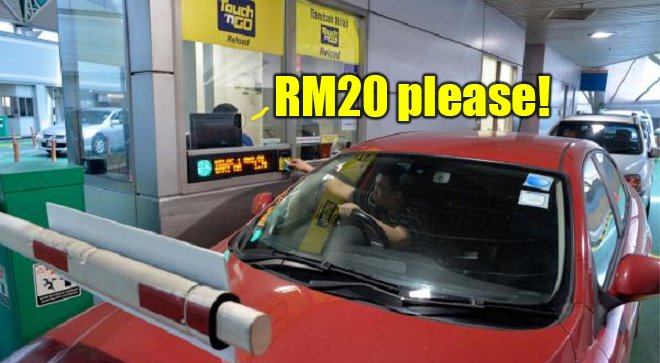 Starting February 15th, Malaysian and other foreign-registered vehicles are to pay S$6.40 (RM20) to enter Singapore.

The fee known as a reciprocal road charge (RRC) is charged upon entry through the Tuas or Woodlands Checkpoints, according to Channel News Asia.

The Singaporean Land Transport Authority (LTA) said that this is to follow Malaysia’s implementation of the road charge in Nov 2016.

And this charge by Malaysia amounted to a staggering RM13.9 million being collected!

So this new implementation by Singapore is to adhere to a ‘long-standing policy’ between Malaysia and Singapore of matching any levy, tolls or fees charged by Malaysia at the land checkpoints.

But here’s a bit of the drama lah.

Malaysia implemented Vehicle Entry Permit (VEP) charges of RM20 for any foreign-registered vehicles in Nov 2016. Then now Singapore wanna even it up by implementing this RRC because macam not fair.

But our Transport Minister Datuk Seri Liow Tiong Lai said something like, “no lah, we’re not purposely trying to discriminate Singapore since this is implemented for Thailand, Indonesia and Brunei also.”

Then Singapore said, “Doesn’t matter. We confirm will charge that RM20 already.”

Soooo, Malaysians who drive to Singapore, remember to pay up!

Singapore’s Transport Minister Khaw Boon Wan had previously said, “This is to ensure that Malaysia takes into consideration our response whenever they raise their tolls or introduce a new levy.”

Some other guy who’s an analyst said, “Both governments have been quite careful about the amount they have charged and the thing is, if they start charging a lot of money, that could affect their own economy.”

Ahhh, so much brotherly love between Malaysia and Singapore!