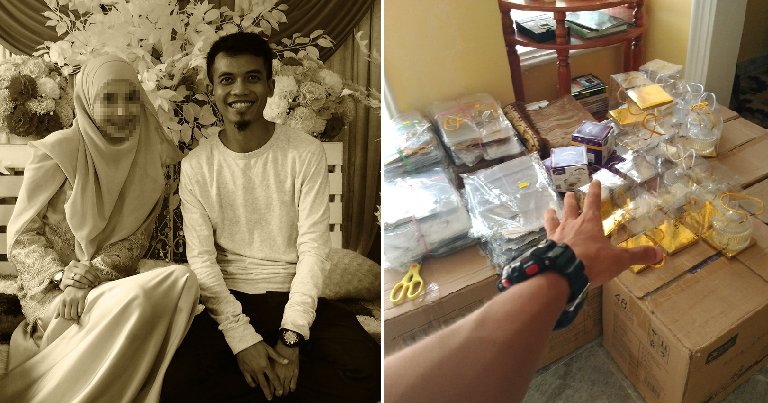 Weddings are usually huge and elaborate affairs that require months of planning and a fair amount of money as well.

It’s supposed to be a happy ceremony that celebrates the union of you and your other half as the both of you begin your happily ever after. 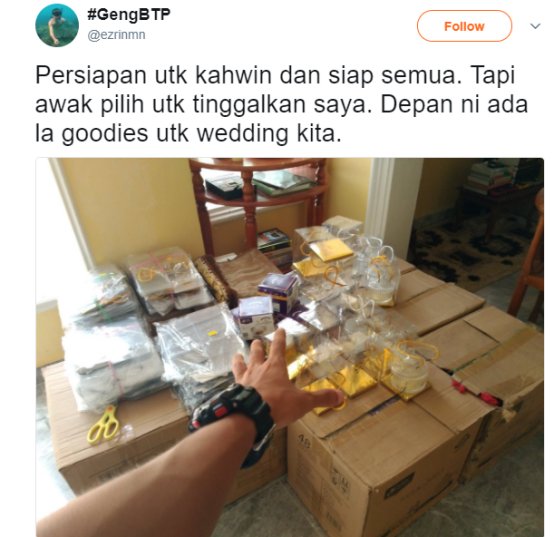 However, for this man, Ezrin, his dreams were shattered when his breakup with his fiancèe went viral last year.

Apparently, the wedding was called off on the last day of 2016 when his fiancèe broke up with him “without any valid reason”.

Harian Metro reported that his fiancèe had tried to end their relationship of three years since 18 November 2016, but they officially broke up on 31 December 2016. 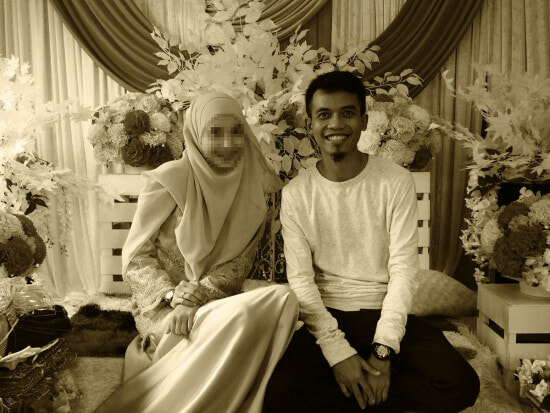 While comforting words from friends and family poured in when he tweeted this, eventually the matter blew over. Or so we thought! It appears that Ezrin has gone viral again, based on his July 9 tweet when he commemorated their engagement day.

He said, “A year ago, you promised to be with me but you broke that promise. You broke my heart, you betrayed me.” But this was not the tweet that caught netizens’ attention. 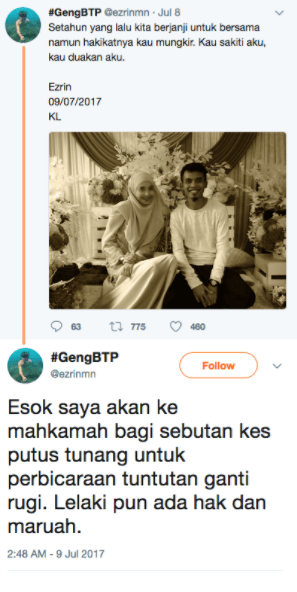 He followed up by saying, “Tomorrow I will go to court to sue my fiancèe for breach of contract and ask for compensation on the cost of the wedding. Us men also have our dignity and rights.”

Based on his tweets, Ezrin said that he had reportedly spent RM30,000 for the wedding which included wedding invitations, booking a wedding venue, door gifts, wedding outfits, food catering and even the tickets for their honeymoon.

He also explained to his followers that he was not doing it so that people would pity him as he had already accepted that his ex-fiancèe had left him. He clarified, “I’m doing this because I want to let people know that men also have rights.”

Do you think suing his ex was right in his actions? Let us know! 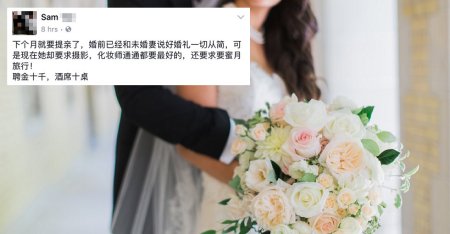