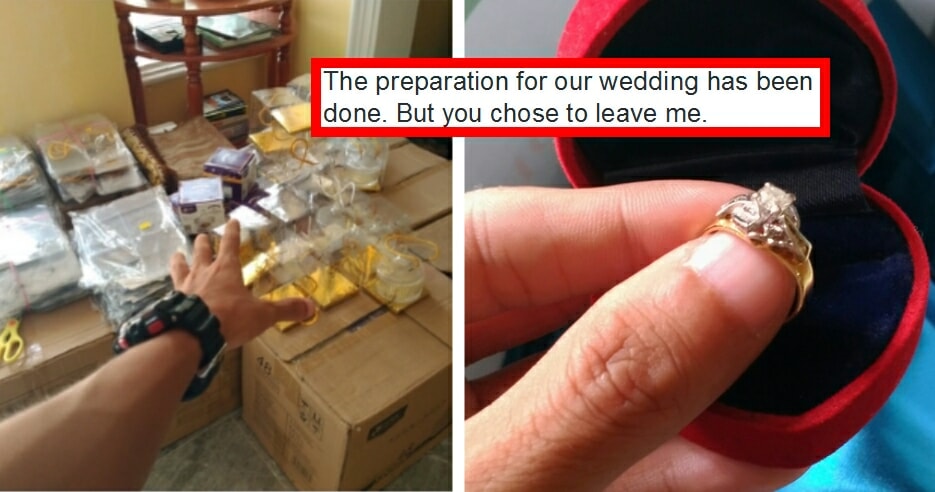 It’s like something plucked out of a drama series, where the writers decided to throw in a plot twist just to spice up the story. Sadly, this actually happened.

A man, whom identified himself as Ezrin was met with the heartbreaking decision of his fiancée to call off the nuptial 21 days prior to their wedding ceremony. 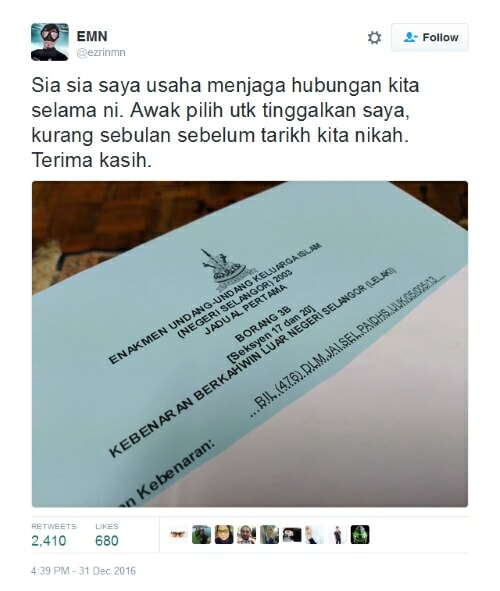 I’ve wasted effort in keeping the relationship all this time. You chose to leave me, less than a month from our wedding. Thank you. 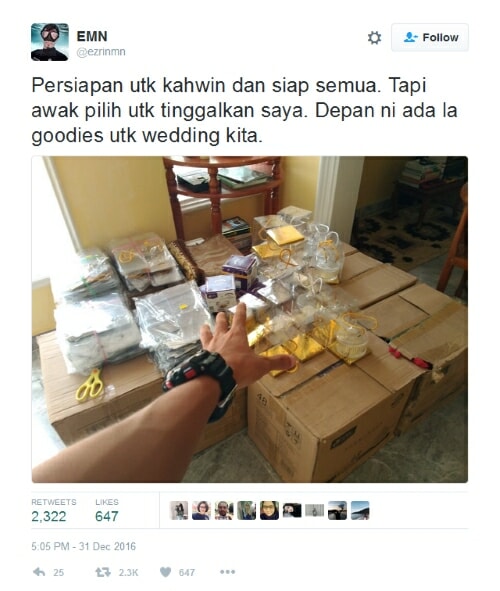 In a conversation with him by Harian Metro:

“We officially had no contact since 31st December (2016) after having known for three years, and our engagement on the 9th of July”

“Half the wedding invitations have been printed, the hall has been booked, the souvenirs were prepared, the deliveries were done, clothes and the catering have incurred a total cost of RM 30,000.”

He was however thankful for the support poured in by his family and friends during this hardship.

It’s like they say, the good guys seem to always suffer. Stay strong Ezrin. Hopefully your vacation have you courting a white foreigner instead.

Of course, there are also sceptics that question the validity of his claim:

I’m just speechless when I read about Ezrin’s story. But, I can’t come to a conclusion just yet. As I don’t know what happened on the fiancée’s side.

Regardless, Ezrin is such a chipper that he was taking the ordeal positively. He had once rode on his bike to 22 countries before returning to Malaysia to meet with his now ex-fiancée for the first time since 20 October 2014.

“I’ve spoken with my family and will be focusing on my career, in addition to continuing my activity to travel and explore with my bicycle like I’ve done since 2010.”

Perhaps I should take a note out of Mr. Ezrin’s page and focus on bettering myself too. Here’s to a start of a great 2017 ugais!