Sex should be a mutually consensual activity between a couple. Rape applies even to married couples as long as one party refuses it.

In fact, recently, a member of parliament even said that if a woman withholds sex from her husband, it is considered emotional and psychological abuse. Seriously?

One goldsmith must have agreed to this ridiculous saying because he decided to beat his wife up for not satisfying him in bed. 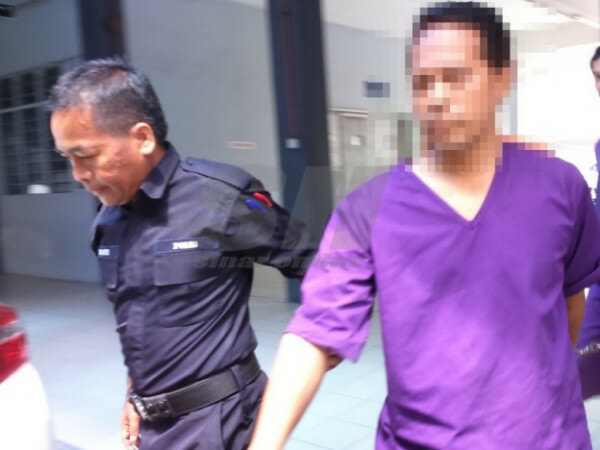 The incident took place in their home in Taman Impiana, Pengkalan Chepa at around 7am on July 22, 2017, Sinar Harian reported.

The wife, who is an assistant in a pre-school, had to reject her 49-year-old husband’s advances because she was having her period.

The couple has been married for 19 years and have two children together. Apparently, this isn’t the first time they have fought over the same issue.

Previously, they went through a similar situation where the husband had hit the poor woman until she had bruises all over her body. Even her face and arms were swollen from the abuse.

This lead them to divorce each other TWICE! But, now that they are together again, that means they got married three times?!

On July 28, the accused was brought to court for a hearing in front of the Magistrate, Nik Habri Muhamad. The man is being charged under the Section 375A Abuse Act whereby he can be sentenced up to five years in jail.

Initially, the husband was responsible enough to admit guilty to these charges. However, after hearing that he could be jailed for five years, the dude backed out and pleaded not guilty instead.

Malaysians need to be better educated in human biology, more specifically in the reproduction area because women can’t help but to go through menstruation every 28 days.

It is not that we just don’t want to give you satisfaction, but sometimes we just can’t. Also, when someone says ‘no’, you shouldn’t force them to have sex with you.