According to The Star, a member of parliament just stated in the Dewan Rakyat that it is considered emotional and psychological abuse if a wife refuses to have sex with her husband. Seriously? How did this topic even come up in the Dewan Rakyat?!

“Men are generally physically stronger than women, so they are subjected to ’emotional and psychological’ abuse from a wife who denies her husband his conjugal rights and even one who constantly nags,” stated Che Mohamad Zulkifly Jusoh (BN-Setiu) earlier today.

The topic came up when he debated the Domestic Violence Act (Amendments) 2017 Bill. He also stated that another form of “abuse” is when Muslim women deny their husbands’ wishes to marry another woman.

Hmm…we’re pretty sure emotional and psychological abuse goes much deeper than that!

“Some want to marry more than one but they need to get permission from their wives who disagree and ended up being nagged,” the MP stated, which caused the Dewan Rakyat to erupt in laughter.

He went on, stating that women were more open about such issues compared to men, who may feel ashamed or ridiculed. A very valid point!

Yes, it may seem rare, but men are just as susceptible to abuse too. It’s time we start taking this issue more seriously. But first, let’s make sure everyone understands what abuse is in the first place!

Also read: “Some 16yo Girls are Mature Enough for Marriage,” Says M’sian Politician 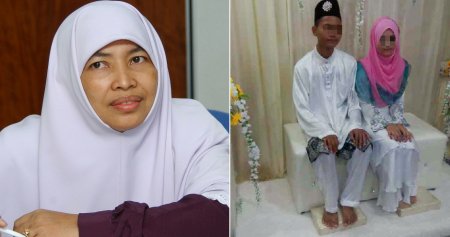