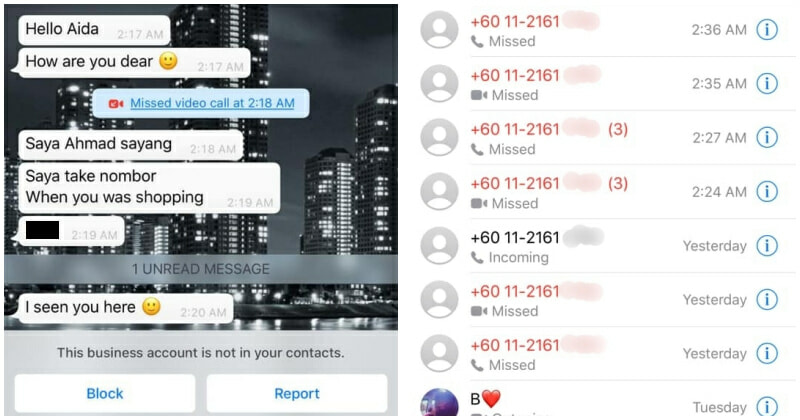 With the new normal now being that we all have to leave our contact details at stores before entering their premises, there are also potential new dangers that come with it.

Unfortunately for one woman, after she left her contact details at a hypermarket before entering to buy groceries, someone else decided to take down her number and harass her.

Nurhas Nhz took to her Facebook page to showcase messages and numerous phone calls she received from a foreigner after she had left her contact details at a hypermarket in Selayang.

She wrote, “On Sunday at about 5pm, my husband and I went to Selayang to buy groceries. Before entering, we had our temperatures checked and filled in our names and contact numbers. We entered together but kept our distance from each other.

“At about 5:40pm, I received a WhatsApp call and spoke for about 48 seconds. I asked him who he was as I didn’t recognise the number, he said that he wanted to get to know me and that he got my number from Facebook.

“I ended the call immediately and told my husband. He sounded like a foreigner. My husband told me that the caller might be the staff stationed at the entrance. I didn’t want to think much about it so I set my phone on silent, kept it in my handbag and went on shopping.” 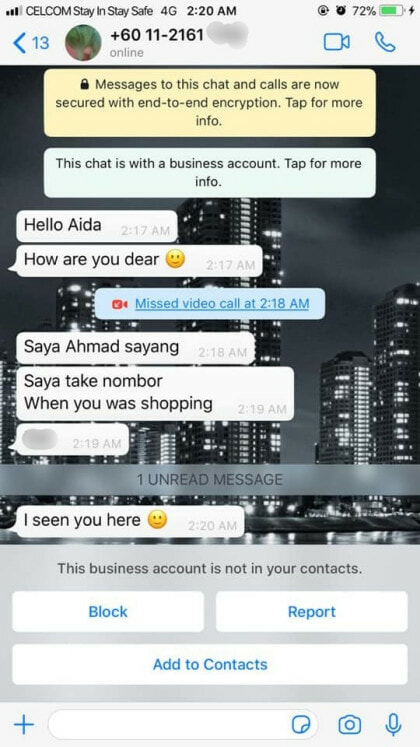 She apparently received many more calls from the unknown number but was too busy to handle the situation. Unfortunately for her, it didn’t end there.

The man called her the next day, and even attempted to video call her. He continued to harassed Nurhas despite getting no response from her and admitted that he ‘stole’ her number from the hypermarket.

“Next morning, my husband went straight to the hypermarket to meet up with the manager to make a report. I waited in the car as I was scared and my husband didn’t let me get out of the car. The staff said that they didn’t have anyone working there by the name of Ahmad and asked for a receipt to prove that we were there before. Luckily I kept the receipt.

“However, they kept repeating that they didn’t have a staff member named Ahmad so my husband asked to see the CCTV footage. They allowed him to check the CCTV under the condition that he doesn’t record anything,” she added.

Based on the footage they saw, it turns out it wasn’t a staff that was harassing her. 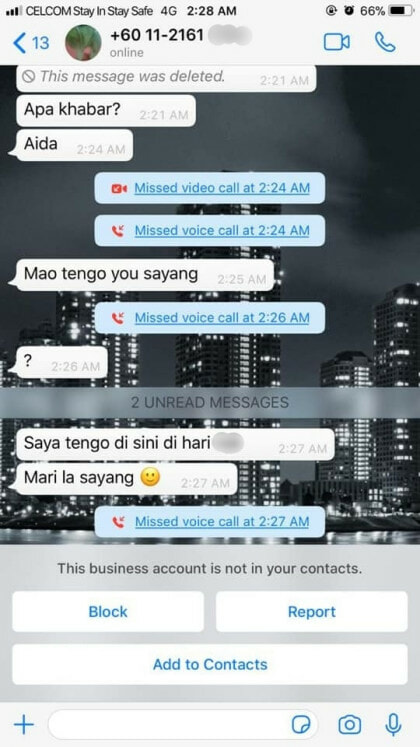 Image: The foreigner wrote, “I want to see you, sweetheart”, “I’ll see you at the hypermarket today” and “Come on, sweetheart”.

“My husband said that there were 2 foreigners (we couldn’t see their faces as they were wearing masks) who were watching me and even tried walking next to me. They turned back at one point, went to the table with the log book, took out their phones and took down my number!

“When they started calling me 5:39pm (I didn’t pick up as I didn’t hear my phone ring), they were quite close to me! When I actually picked up the phone at 5:40pm, they were still standing not far from me and were following me around the hypermarket. Were they not scared? It’s so obvious that I’m with my husband as we picked out groceries and they still followed me. They didn’t even buy anything, they just followed and watched me.” 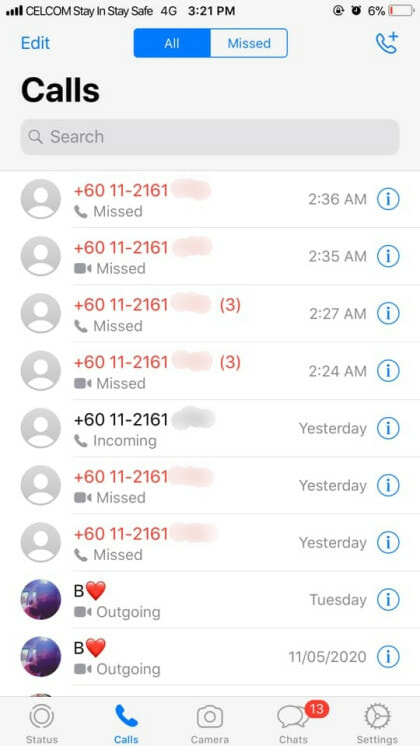 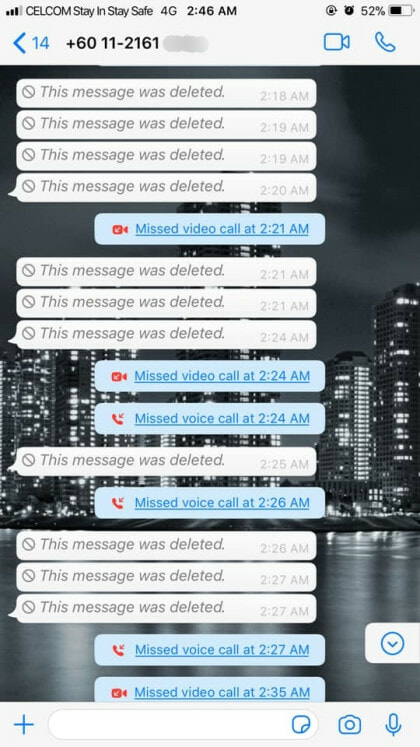 Luckily her husband was with her as apparently the foreigners even followed her out of the premise.

“If I was alone at the time, I can’t even imagine what could have happened!”

The foreigners have since stopped harassing her as her husband and his friends have called the number back.

“To all women, please be careful. Ask your husbands or anyone to accompany you, don’t go out alone,” she advised.