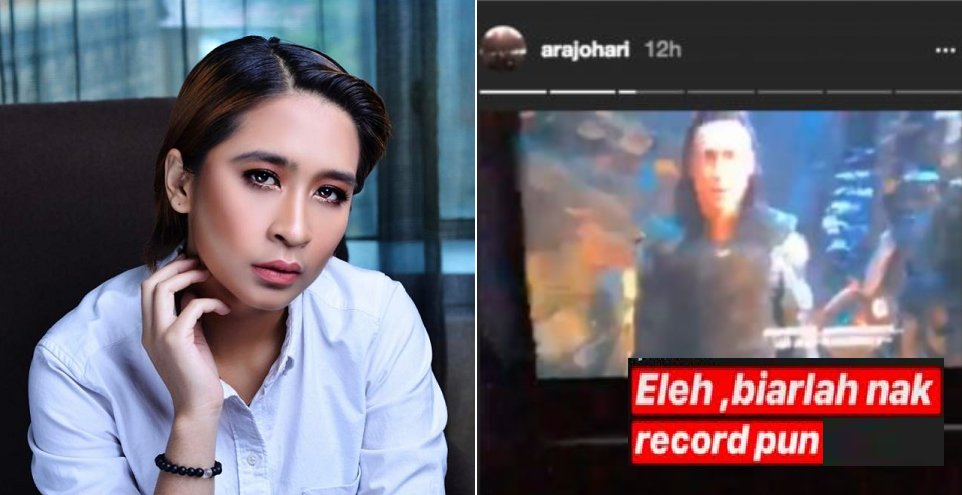 Ara Johari, Akademi Fantasia 2016 graduate has really gotten it this time from netizens. She kena kao kao for recording a part of the new Avengers movie in a cinema, which features British actor Tom Hiddleston as Loki. First of all. HELLO FRIEND, NOT COOL. It is universally known fact that posting/uploading a spoiler, in any way, shape, or form is a HUGE no-no. Ara had recently uploaded a brief video of herself in an unknown cinema viewing Marvel’s latest blockbuster.

Even though it was a blurry picture with Hiddleston’s dialogue unclear, the video was enough to make netizens like Haneez Adilla react angrily.

Without any remorse, Ara defiantly stated in the caption to her video, “It’s my right! If you think I’ve given a spoiler, don’t follow me, catch this film in a cinema.”

Another Netizen, Amri, agreed with Haneez and tweeted that Ara “should not get angry if Marvel stops screening films in Malaysia”.

Fais said: “She’s an artiste, so she should understand copyright issues. It’s wrong to record any bit of a movie!”

After being bombarded with angry tweets and messages from moviegoers, Ara subsequently apologised on Instastory, but still defends that she merely “captured a spoiler” and not the whole movie.

“How many times do we have to remind you recording is illegal in the cinema? We’ve posted on social media and made PSAs, even put a huge warning on screen before a movie,” the statement said.

Ara has since uploaded a new video via Instastory in which she apologises for her act, promising fellow cinemagoers and fans that she would abide by the law against live streaming, just like any other citizen.

Remember guys, spoilers are NOT COOL. Recording snippets of films are both illegal and NOT COOL. And more importantly, if you’re wrong, fess up. Let’s not ruin this amazing movie for your fellow Malaysians okay? 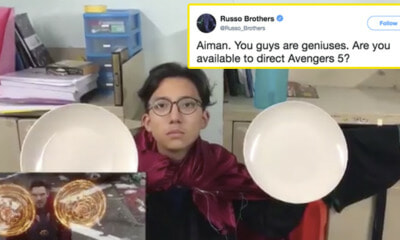