A lorry conductor fell to his death from a height of 5 metres yesterday following an accident in Nilai. As reported by Astro Awani, the victim was a 32 year-old lorry conductor who was on his way from Kuala Lumpur to Melaka before being hit by a Toyota Hiace van. The driver of the van escaped the crash unharmed.

The crash caused the lorry to swerve and almost fell off the flyover at the PLUS highway’s 280.7km mark. According to Nilai District Police Chief, Superintendent Mohd Fazley Ab Rahman, the accident happened after the Hiace van which was speeding in the right lane lost control. The van then swerved to the left and hit the lorry. 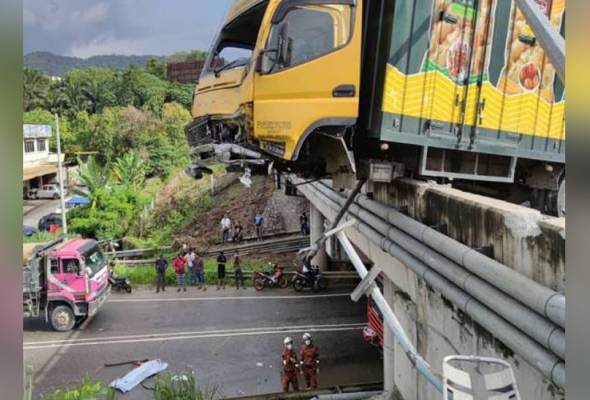 This caused the lorry to crash into the left road dividers, with almost half of the lorry skidding past its concrete blocks. The impact from the crash caused the lorry conductor who was sitting on the passenger seat to be thrown out through the windshield onto the road below. The victim was pronounced dead at the scene.

Meanwhile, the lorry driver, a 38-year-old male, suffered internal injuries and is currently being treated in Hospital Tuanku Ja’afar, Seremban. He was rescued by firefighters who rushed to the scene after receiving an emergency call at 4.25pm yesterday. We hope that he would have a complete and speedy recovery!

The case is currently being investigated under Section 41(1) of the Road Transport Act 1987 by the police. What do you guys think of this horrific accident? Share your thoughts with us in the comments! 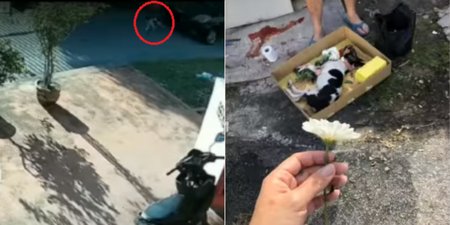