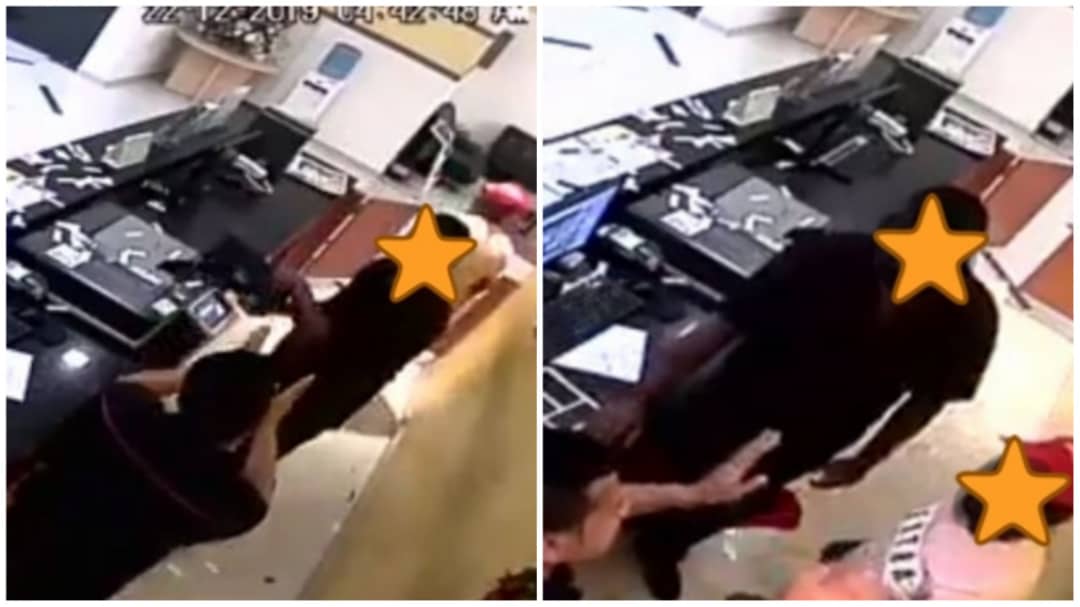 The video of a hotel employee becoming a punching bag for two of the hotel’s guests went viral on social media yesterday after it was shared on Facebook page VideoMalaysia.

Caught on the CCTV camera situated in the hotel lobby, two men, one in black and another wearing a red cap approached the lobby assaulting one staff before turning on to the receptionist and piling on the hurt.

The staff were clearly non-confrontational in the situation did not retaliate despite the barrage.

On the Facebook page’s status, it is understood that the incident took place at a hotel in Bukit Bintang at around 4am.

The incident began when staff at the hotel wanted payment following the guest’s request to change their rooms as their old ones were strewn with liquor bottles.

Clearly perturbed, both guests seemed to refuse payment and that was when the violent confrontation began. 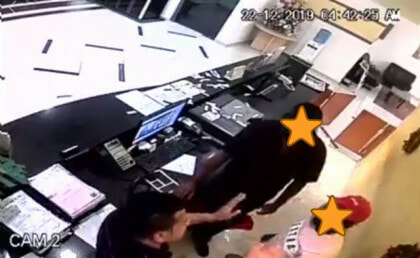 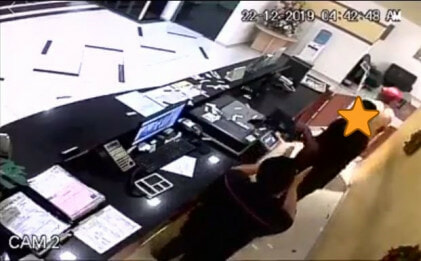 But the hurt that both guests piled on was not only limited to the use of their fists but also involved the usage of various office items made available at the time.

Violence should not be the answer when it comes to confronting another for such a small matter.

As things stand, PDRM is currently on the lookout for the two individuals found in the CCTV footage shared in the above.

We sincerely hope that incidences like this will not repeat itself in the future. There is nothing wrong with being cool, calm and collected to ensure that the message gets across, right? 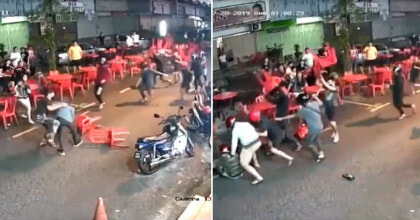