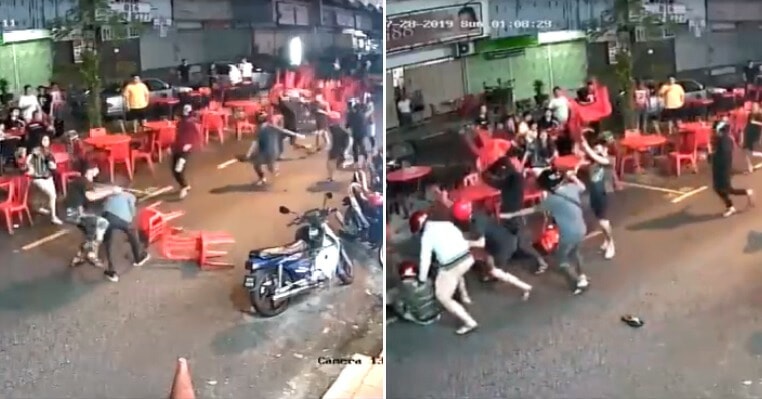 Whoa, what is happening here? A three-minute and 20-second long video went viral on social media yesterday (28th July), showing two groups of men reportedly fighting at a mamak stall in Kepong Baru. The incident is believed to have taken place at about 1.07am and involves about 20 people, believed to be gangsters. 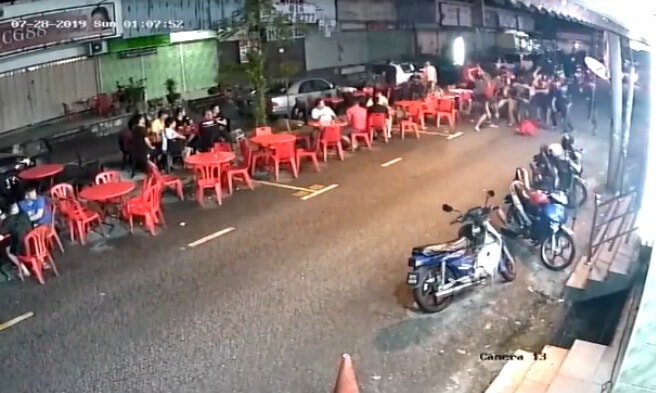 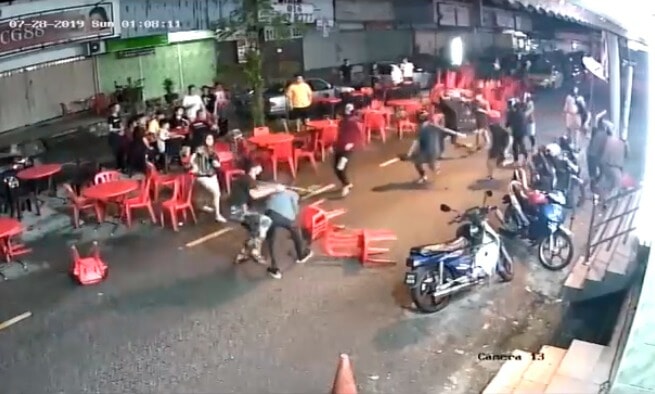 In the video which looks like CCTV footage, a group of men and one woman are seen sitting at the far end of the mamak minding their own business. Suddenly, another group of men wearing motorcycle helmets run up to the table and a full-fledged fight breaks out.

Chairs and fists start flying while customers who are sitting near the fight quickly stand up and move out of the way. They stand nearby watching the epic fight take place while the woman who was sitting with the group that was attacked also runs away. She tries to help by flinging a chair at the attackers but is no match for them. 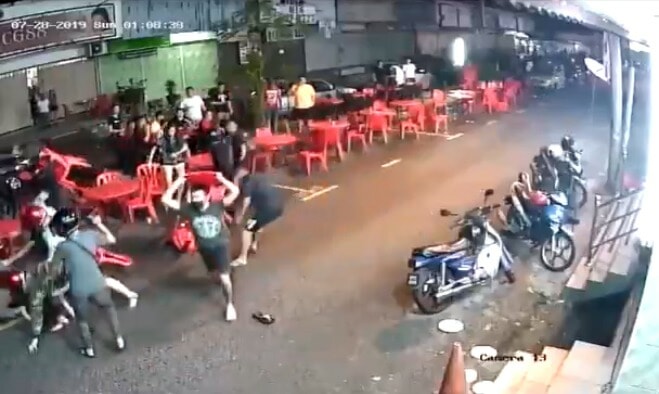 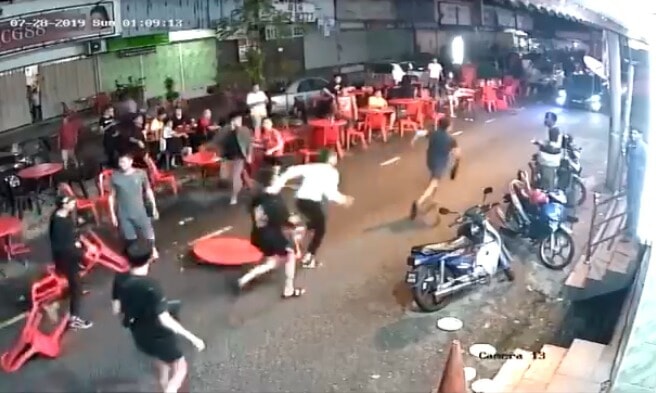 The fight continues, even spilling out into the streets as the men who got attacked tried to defend themselves but it looks like they are outnumbered. At one point they even try to grab a table to use as a weapon during the fight as well. As suddenly as it started, the attackers in motorcycle helmets run off and leave the other group alone.

The group that was attacked gathers back at the mamak to nurse their injuries and pick up their personal belongings, as the mamak staff and other innocent customers are left confused and bewildered. It is unclear what exactly happened to trigger the fight and currently, there are no updates on whether any police report has been made. 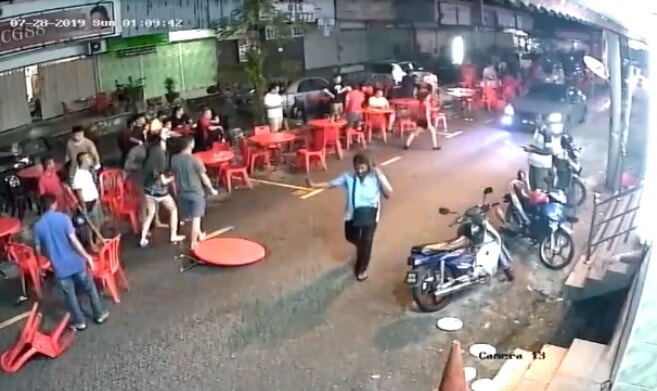 From the video, it looks like the men who were attacked did not suffer from serious injuries. Netizens were shocked that the attackers were so brazen that they would just fight in public like this while some of them said that this gangster-like behaviour was like something you would usually see in movies.

Hopefully, the police can get to the bottom of this and arrest the suspects! 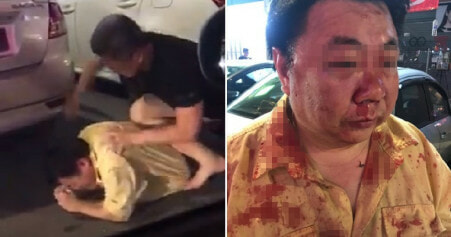