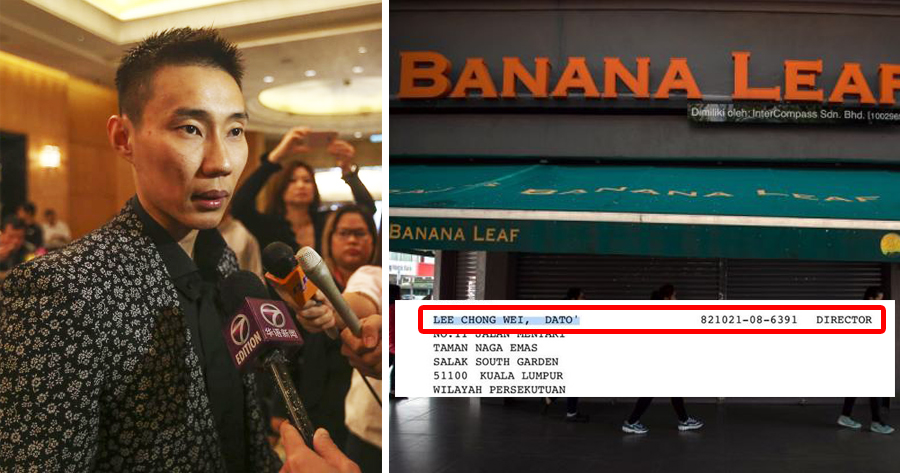 Who knew that Datuk Lee Chong Wei would be associated with the notorious Raj’s Banana Leaf restaurant? This info recently became circulated as soon as the restaurant’s unhygienic acts were exposed just a few days ago.

Messages circulating on social media has revealed that National shuttler, Datuk Lee Chong Wei was the co-owner of the ill-famed restaurant, Raj’s Banana Leaf. However, when he was asked about it on Wednesday (May 30), Chong Wei denied that he is the owner of the restaurant. 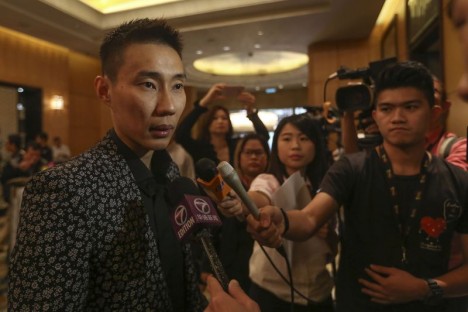 However, a company search with the Companies Commission of Malaysia show that the InterCompass Sdn Bhd company has three directors, including Chong Wei, according to Malay Mail.

The document showed the name “Lee Chong Wei, Dato” with the same birth date as Lee who was listed as the director. Two other individuals, Muhamad Rizal Abd Rahmand and Muhammad Hafisze Hamid were also listed as directors and shareholders.

They also showed that Intercompass Sdn Bhd was incorporated in May 2012 and that Lee was appointed on September 14, 2016. 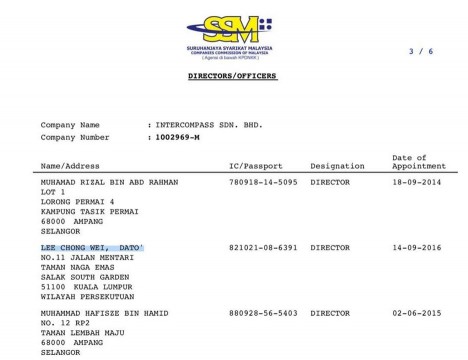 Shortly after, Raj’s Banana Leaf came forward and defended Chong Wei in a Facebook post saying that he is not associated with the restaurant.

“While we acknowledge that Datuk Lee Chong Wei was previously a director of the company, he had resigned from his directorship prior to the said incident and he was in any event not involved in the day-to-day operations of our restaurants,” said the restaurant. 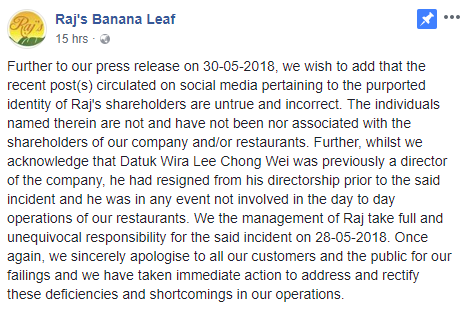 The restaurant said the individuals named in the viral messages are not and have not been associated with the shareholders of its company and restaurants, and added that they take full responsibility of the incident that happened on Monday (May 28) where three of its staff were caught on video washing plates in a road pothole in the back alley.

“Once again, we sincerely apologise to all our customers and the public for our failings and we have taken immediate action to address and rectify these deficiencies and shortcomings in our operations,” the statement read.

Raj’s Banana Leaf sure do seem like they feel bad about what happened. Let’s hope that things will turn out well for them. 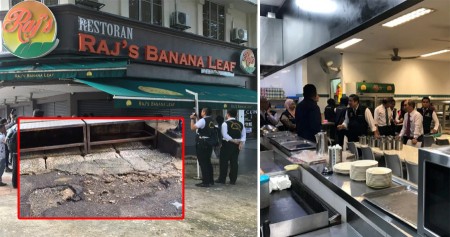