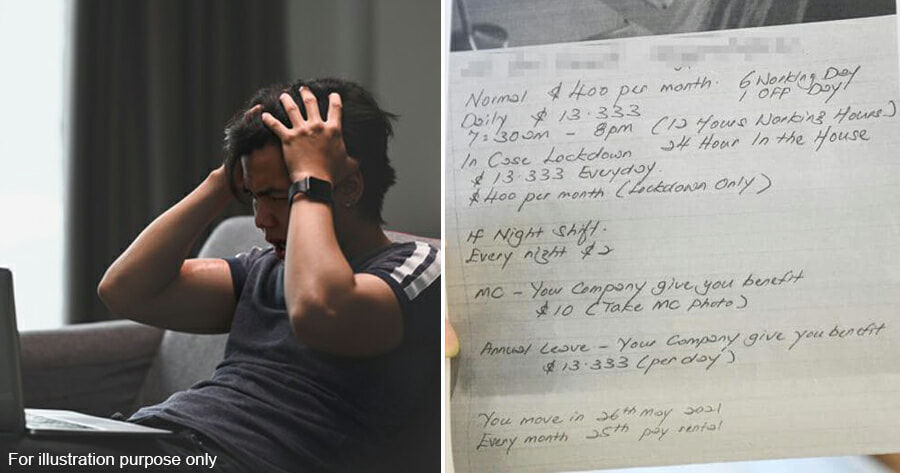 A 21-year-old Malaysian, who moved to Singapore for work, decided to find a place to rent, but his experience with the landlady and her weird ‘house rules’ was too ridiculous to deal with that he had to end the rental agreement.

After looking around on social media, Ho managed to find a place in Block 502 in Jurong West and asked his cousin in Singapore to check out the unit. Two other tenants also rented the place with him, each paying SGD400 (RM1,245) a month, reported China Press.

“The landlady said we could not cook or dine at the house, and that we could only do laundry once a week. We felt that the conditions were acceptable, so we paid a one-month deposit,” he said.

However, after signing the contract on 26 May, the landlady decided to change the house rules.

According to the handwritten contract, the landlady said that Ho had to leave the house before 8am and return after 6pm, not allowing him to be at the house for more than 12 hours a day.

Additionally, if Singapore were to enter a national lockdown and Ho would have to stay home the whole day, he would have to pay an extra SGD400 (RM1,245) a month, doubling the rent.

If he takes annual leave and chooses to stay home, he would need to pay an extra SGD13.33 (RM41.50) a day for the extra time spent indoors. 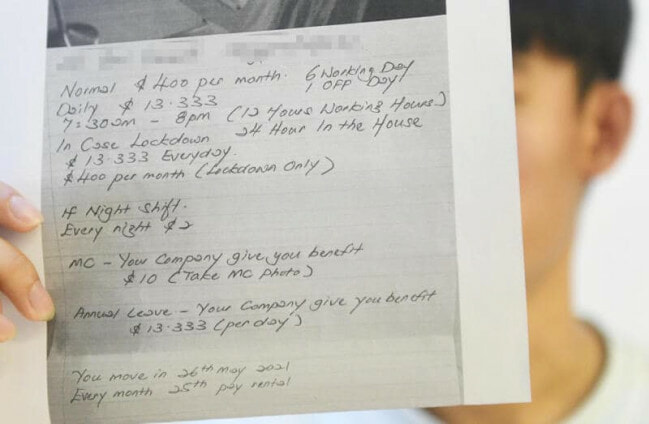 In a screenshot of the conversation between Ho and the landlady, he tells her that he won’t be coming back to the house for a few days and asked if he would get a refund since he would not be using electricity or water.

The landlady replies, “The monthly rent of SGD400 (RM1,245) a month includes the address of the house for you to apply for your work permit and also includes a bed for you to sleep for not more than 12 hours a day.”

The landlady then tells Ho that he has to leave home before 8am and can only come back after 6pm. 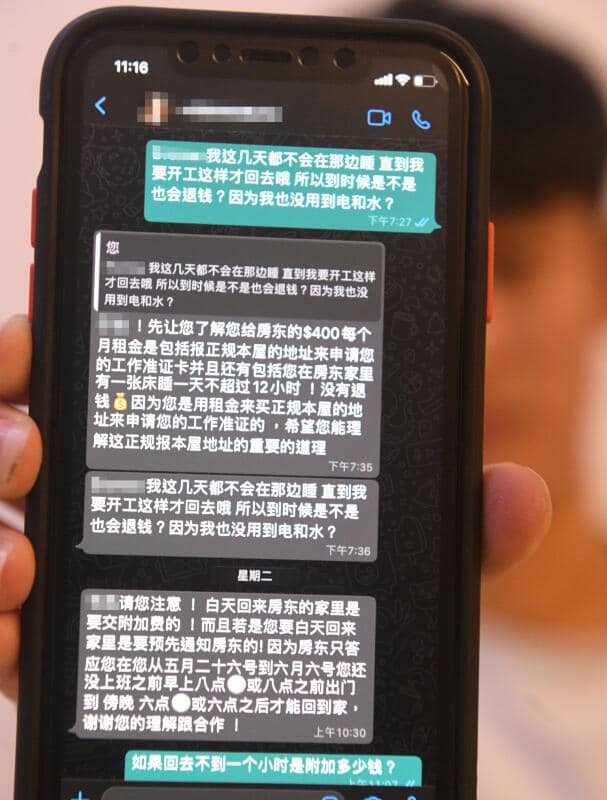 Couldn’t bear it any longer

After several months, Ho and his roommates couldn’t bear the landlady’s rules anymore and decided to terminate the rental agreement. However, the landlady would not return their one-month deposit and even told them to pay rent for the next five months.

Shin Min Daily News reported that the landlady claimed to have encountered many problems with renting out rooms in the past, saying that she imposed such rules because she felt uncomfortable having male tenants staying with her the entire day.

Also read: “Looks like a hospital bed” M’sian Who Wanted To Rent In SG Was Offered “Room” For RM1,705 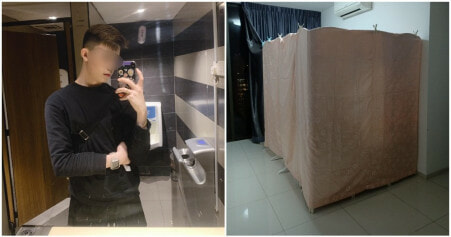