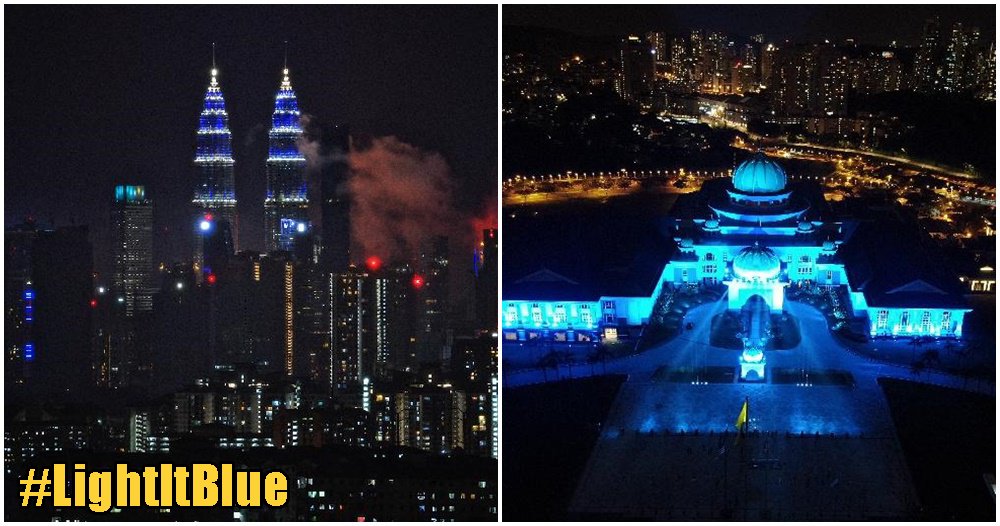 The landmarks of KL lit up in a bright beacon of blue yesterday in show of support for the frontliners, healthcare workers and other essential industry operators as part of the global #LightItBlue initiative. 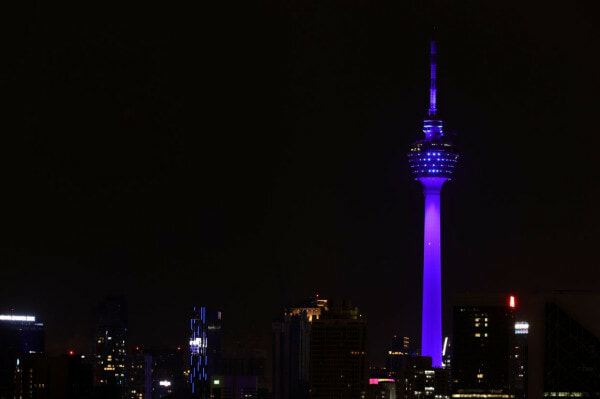 At approximately 10pm last night (3oth April), national monuments such as the KL Tower, Istana Negara and Petronas Twin Towers lit up in a beautiful electric blue as a sign of solidarity with our essential workers, reports The Star and News Day 24.

A part of the Exchange 106 skyscraper, also known as the tallest building in South-East Asia, also lit up at 9pm yesterday, with Menara DBKL, the Saloma Link, Dataran Merdeka, Masjid Jamek and the River of Life project’s blue pool at Sungai Klang following suit. 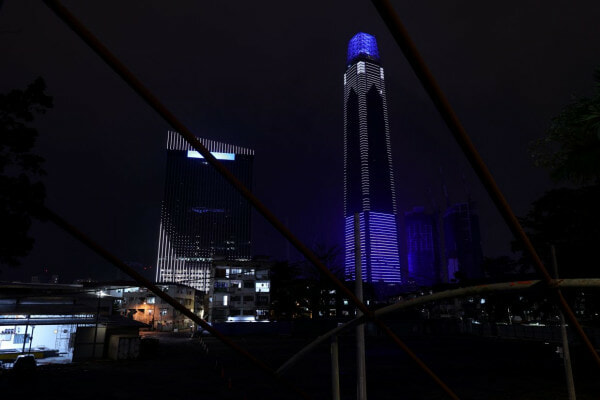 In Putrajaya, Seri Wawasan and Seri Saujana were among the six bridges that lit up the district. Even the Prime Minister’s Office and other government buildings such as the Perdana Putra complex, the Perbadanan Putrajaya Complex, the Youth and Sports Ministry building, the Multimedia and Communication Ministry building and Menara SPR following were decked out in the symbolic shade of blue.

The #LightItBlue initiative stemmed from the UK when the nation lit over a 100 of its landmarks as a signal of support and gratitude for our essential workers. Blue was the symbolic chosen colour because it is the official colour representing the medical field. 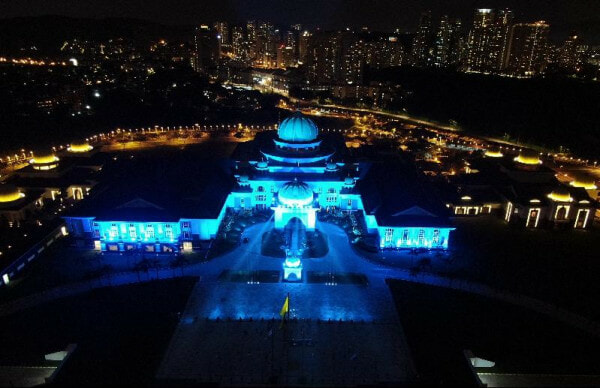 Tan Sri Anuar Musa, Federal Territories Minister, launched the initiative yesterday in Malaysian waters at the Perbadanan Putrajaya Complex to thank the frontliners for all their hard work in fighting this dreaded Covid-19 pandemic.

Prior to this, Anuar announced that government, commercial buildings and selected roads in KL, Putrajaya and Labuan would light up in blue from 10:30am to 1am every day until 3rd May. 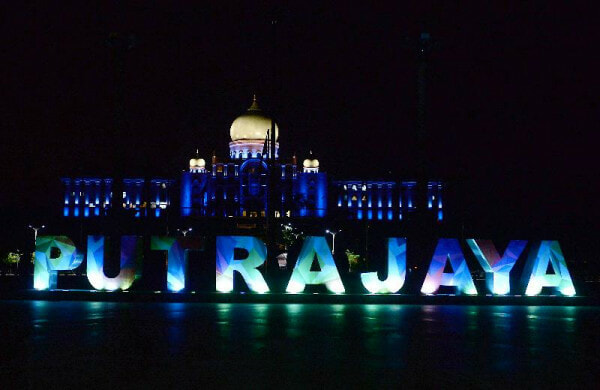 “For Kuala Lumpur and Putrajaya, the frontliners include a total of 13,126 health and safety workers,” the minister said,

The purpose of the initiative is aimed at showing appreciation towards the vast majority of frontliners, especially those who work in the Federal Territories. The minister then took the opportunity to assure Malaysians that the battle against Covid-19 can be won with the full cooperation of Malaysians to stay at home.

What a beautiful sight, indeed. Here’s to the essential workers who sacrifice so much for the the well-being of humanity. 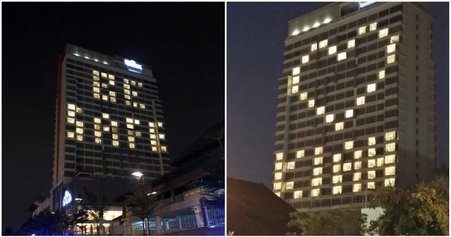