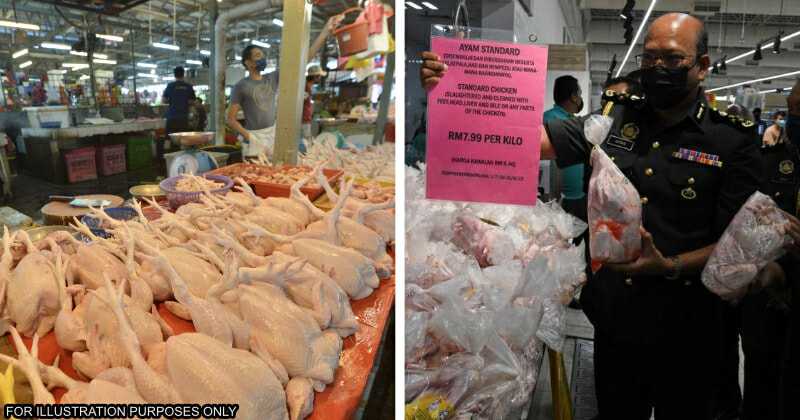 The Ministry of Domestic Trade and Consumer Affairs (KPDNHEP) has revealed that as of 1 July 2022, it has only received one complaint regarding traders selling chicken above the set ceiling price. The ministry’s secretary-general, Datuk Azman Mohd Yusof said that the complaint was from Negeri Sembilan, whereby a trader is still selling above the RM9.40/kg ceiling price implemented starting yesterday.

As reported by Bernama, Azman said that the complaint will be investigated by KPDNHEP enforcement officers in the affected area first. This is to ensure that it is a legitimate case before any action can be taken. 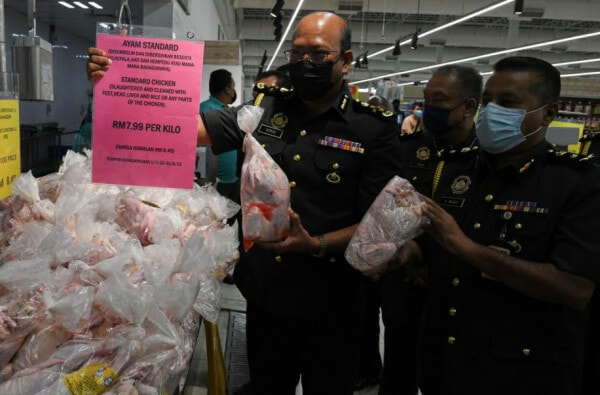 KPDNHEP further stressed that it will not compromise with any traders who are selling above the ceiling price as the ministry wants to protect all consumers from being burdened with expensive prices. For that end, the ministry has mobilised all of its 2,200 enforcement officers nationwide to ensure adequate supply and that breeders, wholesalers and retailers comply with the ceiling prices set at all levels of the production chain.

KPNDHEP is also conducting Ops Ayam Telur Minyak (ATM) and ‘Jihad Inspection’ nationwide to tackle inflation and help overcome the rising cost of living. Speaking of which, Agriculture and Food Industries Minister Datuk Seri Dr Ronald Kiandee had previously announced that besides setting the ceiling price for chickens, the Cabinet also agreed to set the retail ceiling price of chicken eggs at 45 sen each for grade A, Grade B (43 sen/egg) and grade C (41 sen/egg).

So, what do you guys think of the actions taken by KPDNHEP and the government in general to tackle rising costs of living? Share your thoughts with us in the comments! 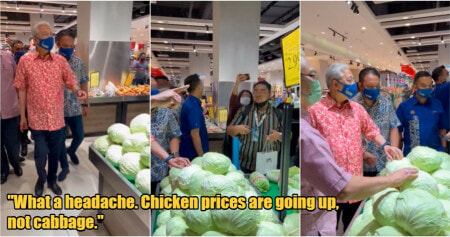