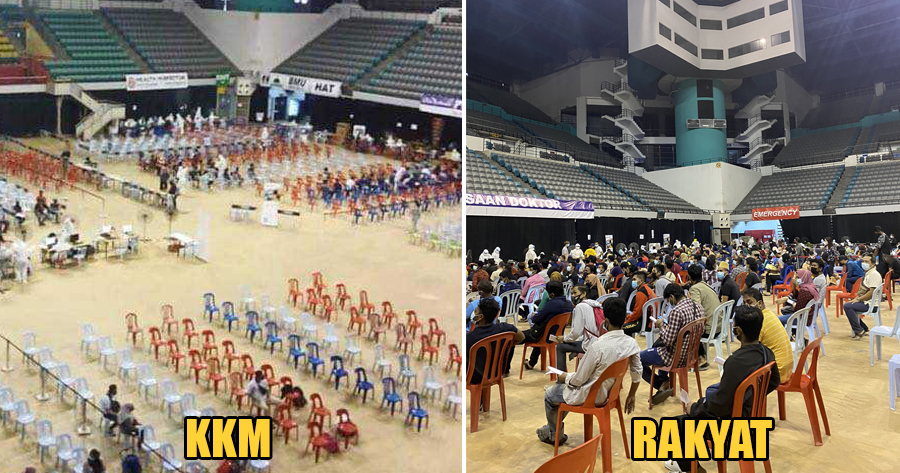 Yesterday (8 July), a photo of a massive crowd at the Covid-19 Assessment Centre (CAC) in Shah Alam circulated on social media claiming that over 2,000 people had shown up, with 100% of them testing positive. The post also claimed that the majority of the people were factory workers.

The Ministry of Health (KKM) later claimed the photo was fake and shared several photos of what the situation actually looked like. 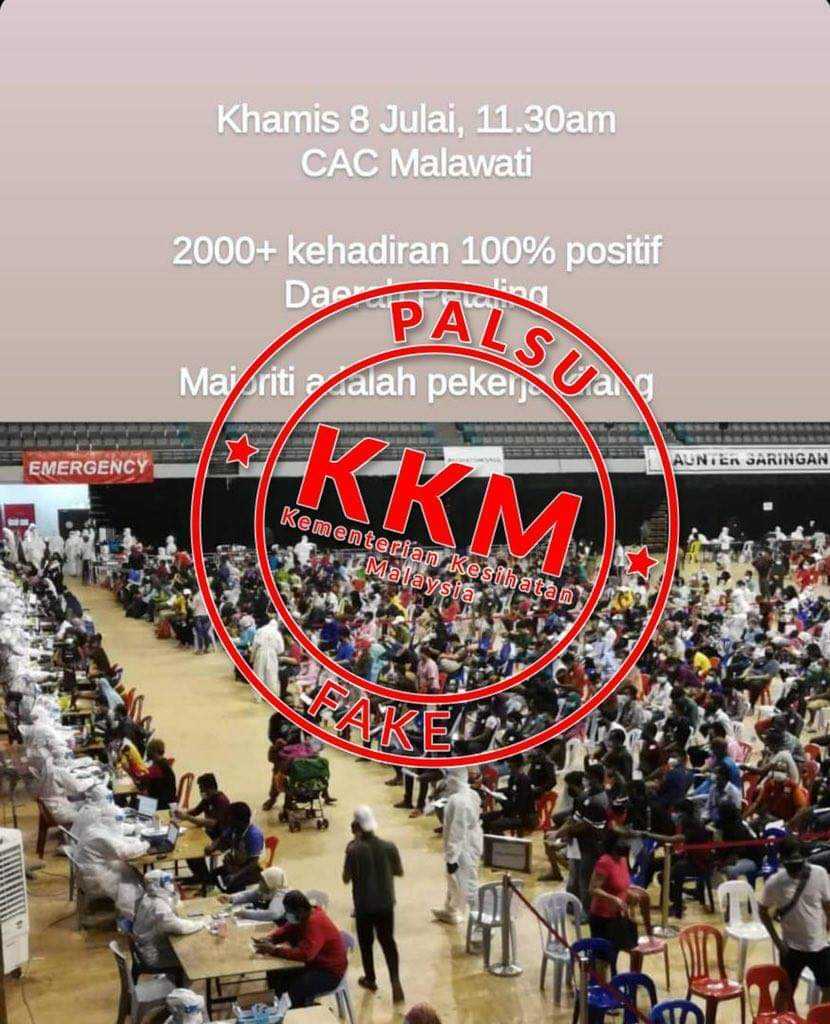 “The allegation of over 2,000 Covid-19 patients at the CAC Stadium Malawati today is untrue. These two pictures show the real situation at Stadium Malawati yesterday. According to the Selangor State Health Department, all patients who came to CAC today were assessed and were waiting for their turn to be admitted to the ward,” they said in the post that has since been deleted.

Malaysians at the scene claim the crowds were actually there

However, Malaysians who were present at the Stadium Malawati that day are saying that the place was indeed crowded with masses of people and are questioning KKM’s post for allegedly trying to cover up the real situation.

State Assemblywoman of Subang Jaya, Michelle Ng, said in a Twitter post that she was one of the people who were at the stadium at about 9am and shared several photos of the crowds of people lining up outside the building. 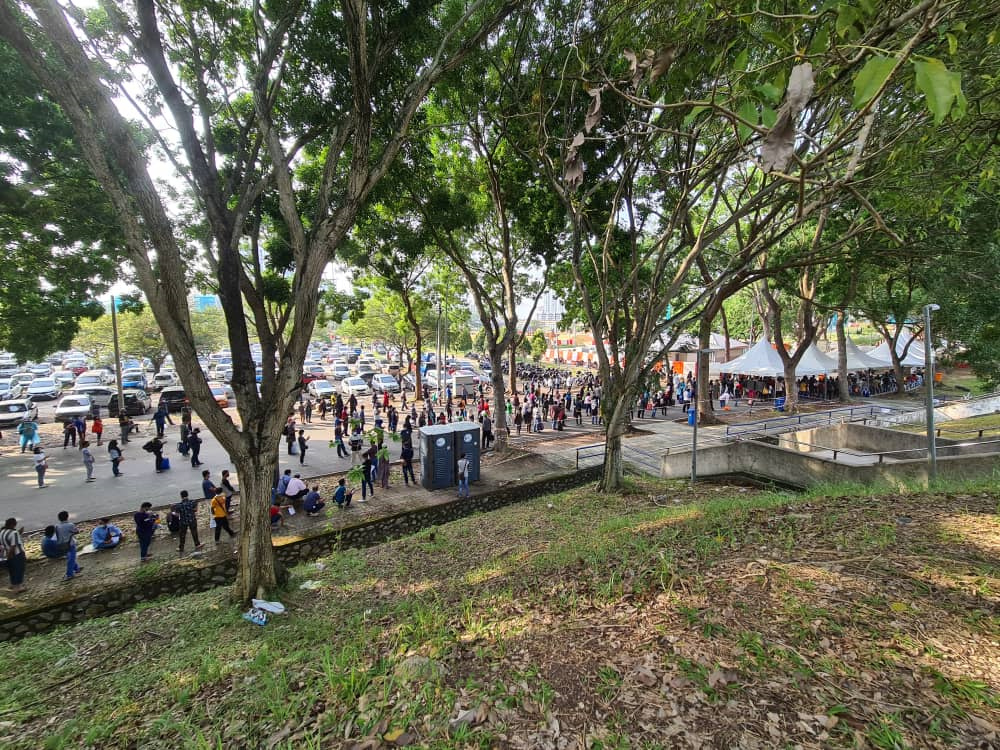 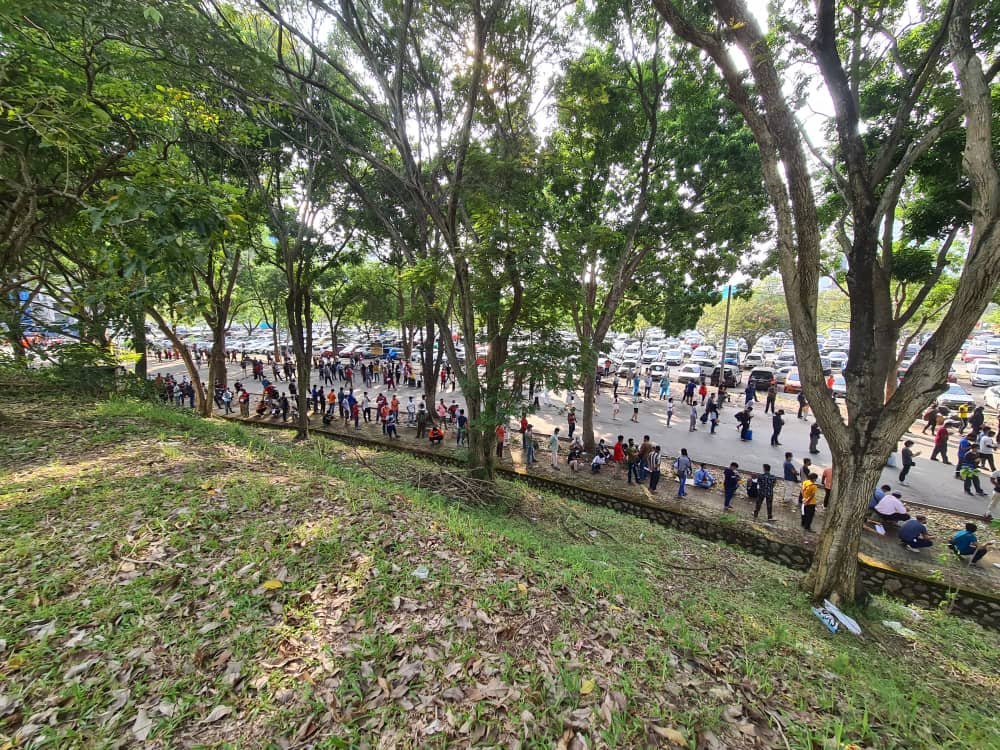 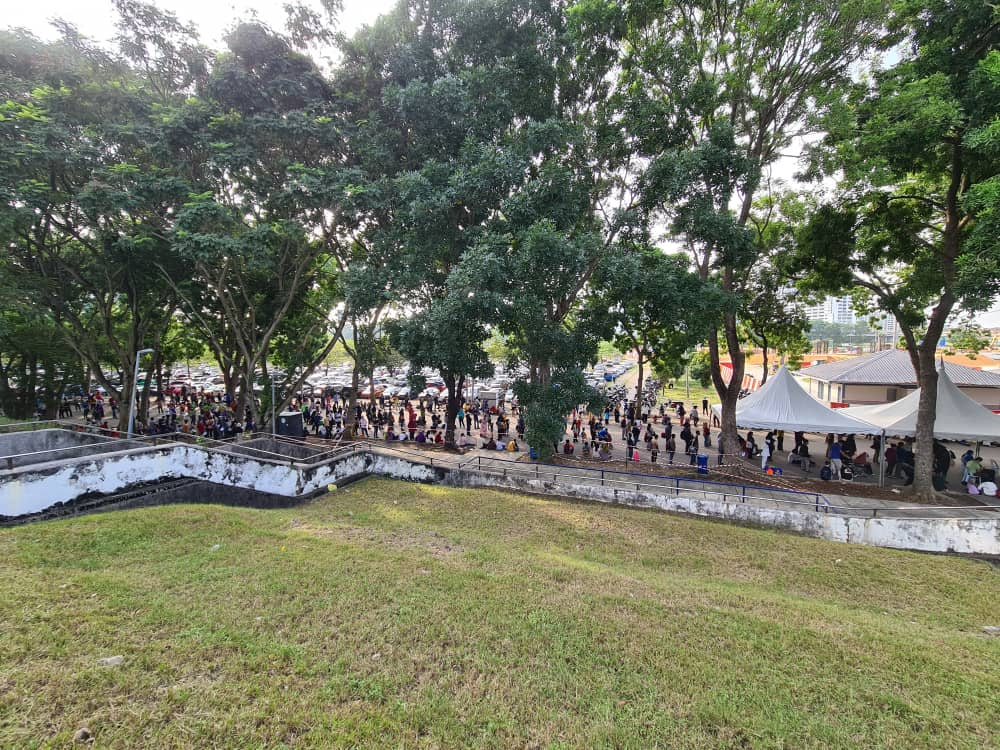 Already a crowd at 7am

Another Malaysian, who was also at Stadium Malawati on 8 July, claimed in a Twitter post that one of the staff on duty said almost 2,000 people registered at the CAC. He also shared what he claimed to have gone through during the assessment among the crowd of people.

Mohd Faizol shared with WORLD OF BUZZ that he tested positive for Covid-19 on 7 July and was allegedly told by KKM to go to the CAC in Shah Alam the next day. He had supposedly heard that thousands of people would be in a queue for the assessment and decided to arrive as early as 7am to avoid waiting. However, there was apparently already a line when he arrived. 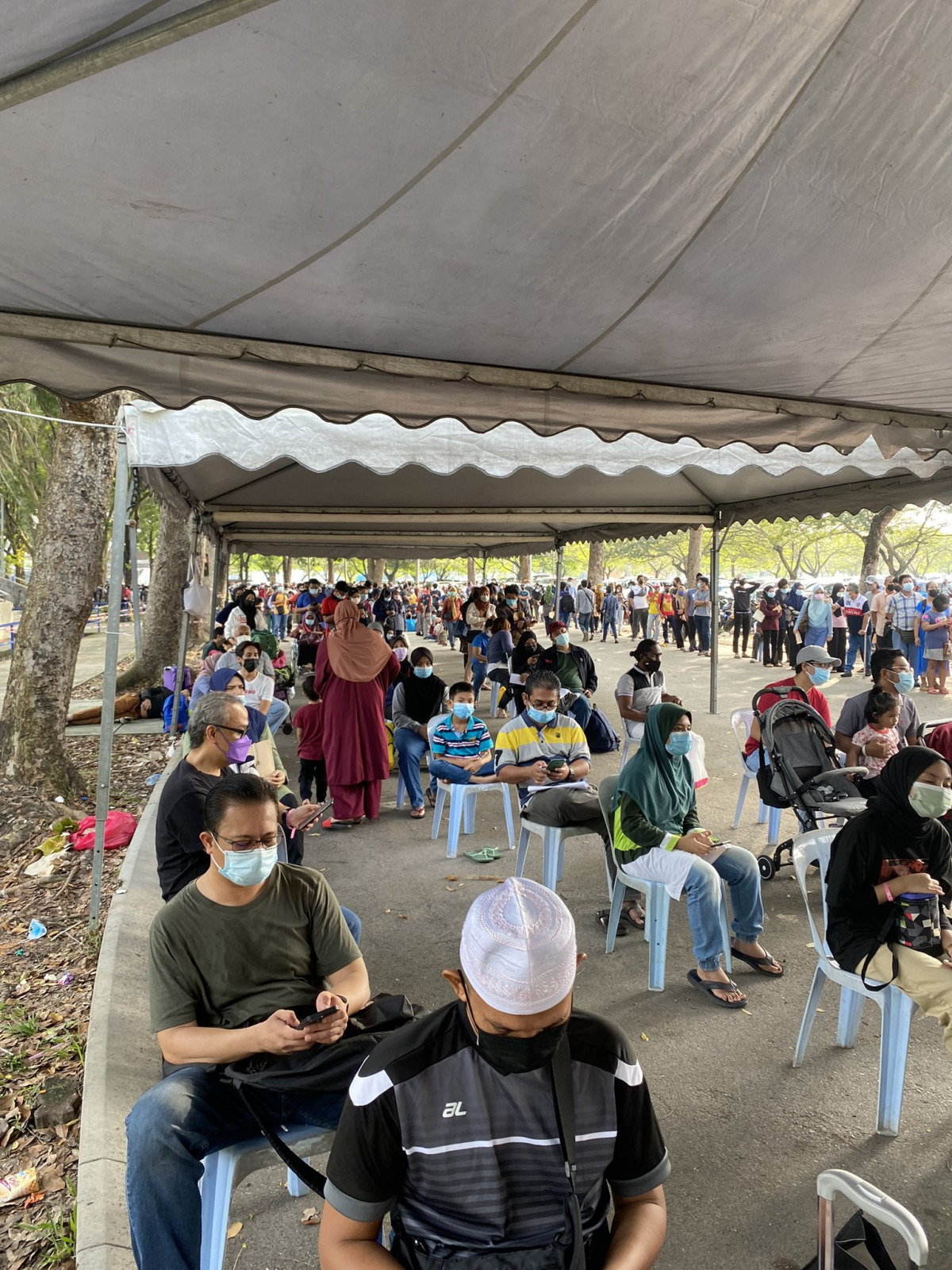 He claimed that the frontliners only started assessments at 8.45am. Those aged below six and their guardians, senior citizens and disabled people were allegedly allowed to go into the stadium first.

“Then only the rest of us who tested positive went in batch by batch. They separated us by tents,” Mohd Faizol said.

“Around 9.30am the queue was getting longer and longer. Plus a few buses arrived that brought in non-Malaysians. According to KKM staff, those people were mostly from factory clusters.” 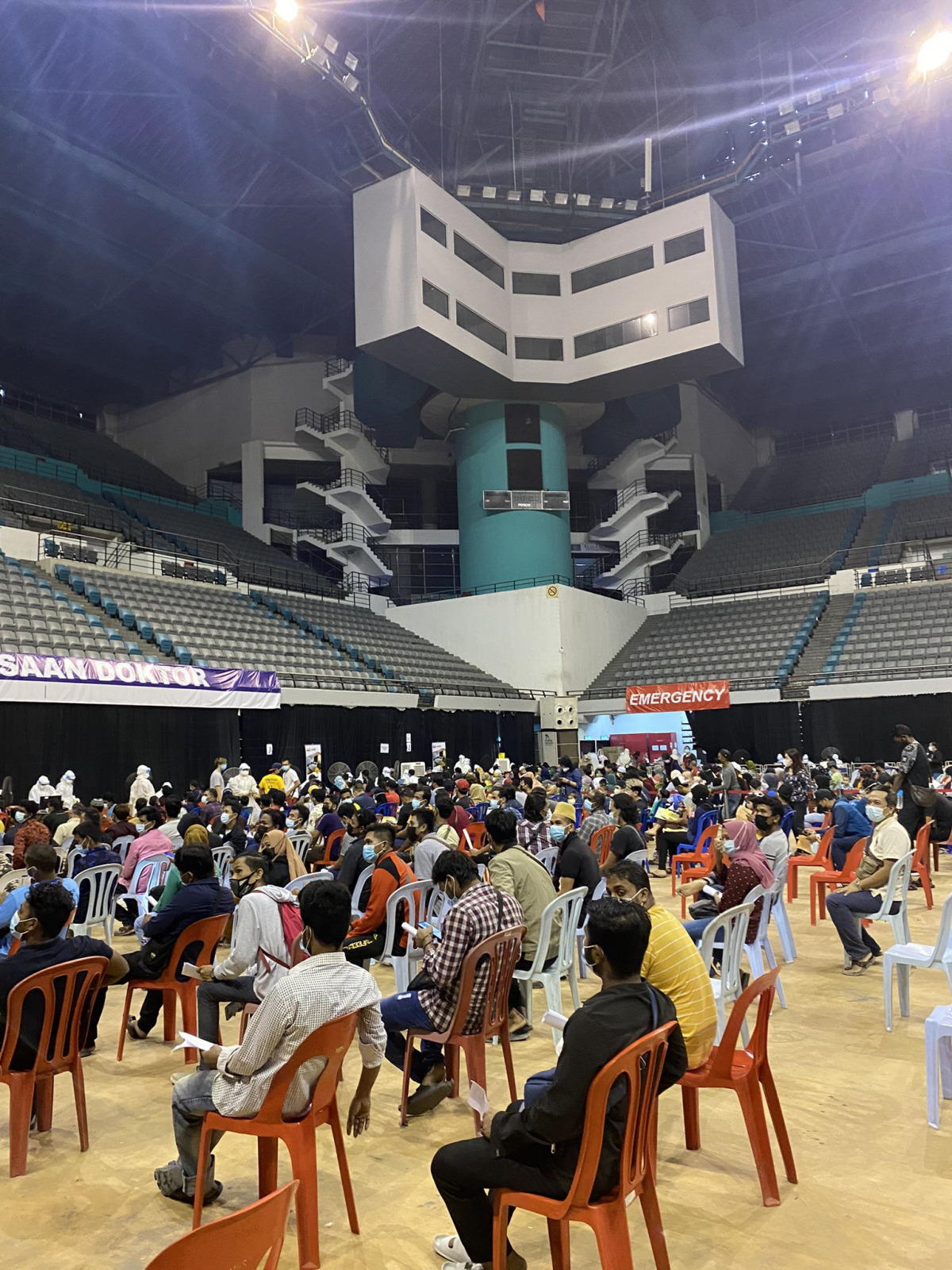 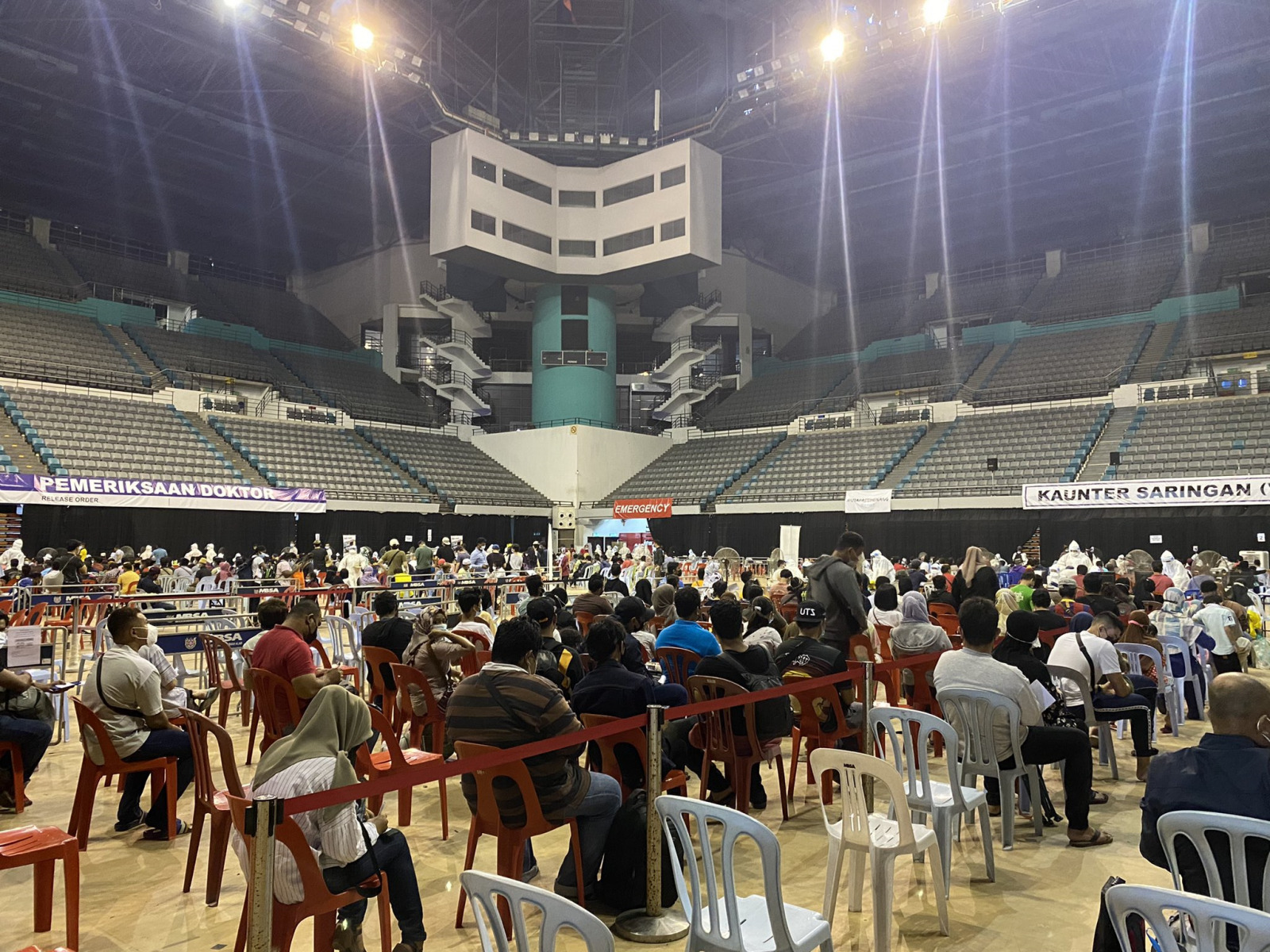 Mohd Faizol then claimed that there were four stations every patient has to go through: 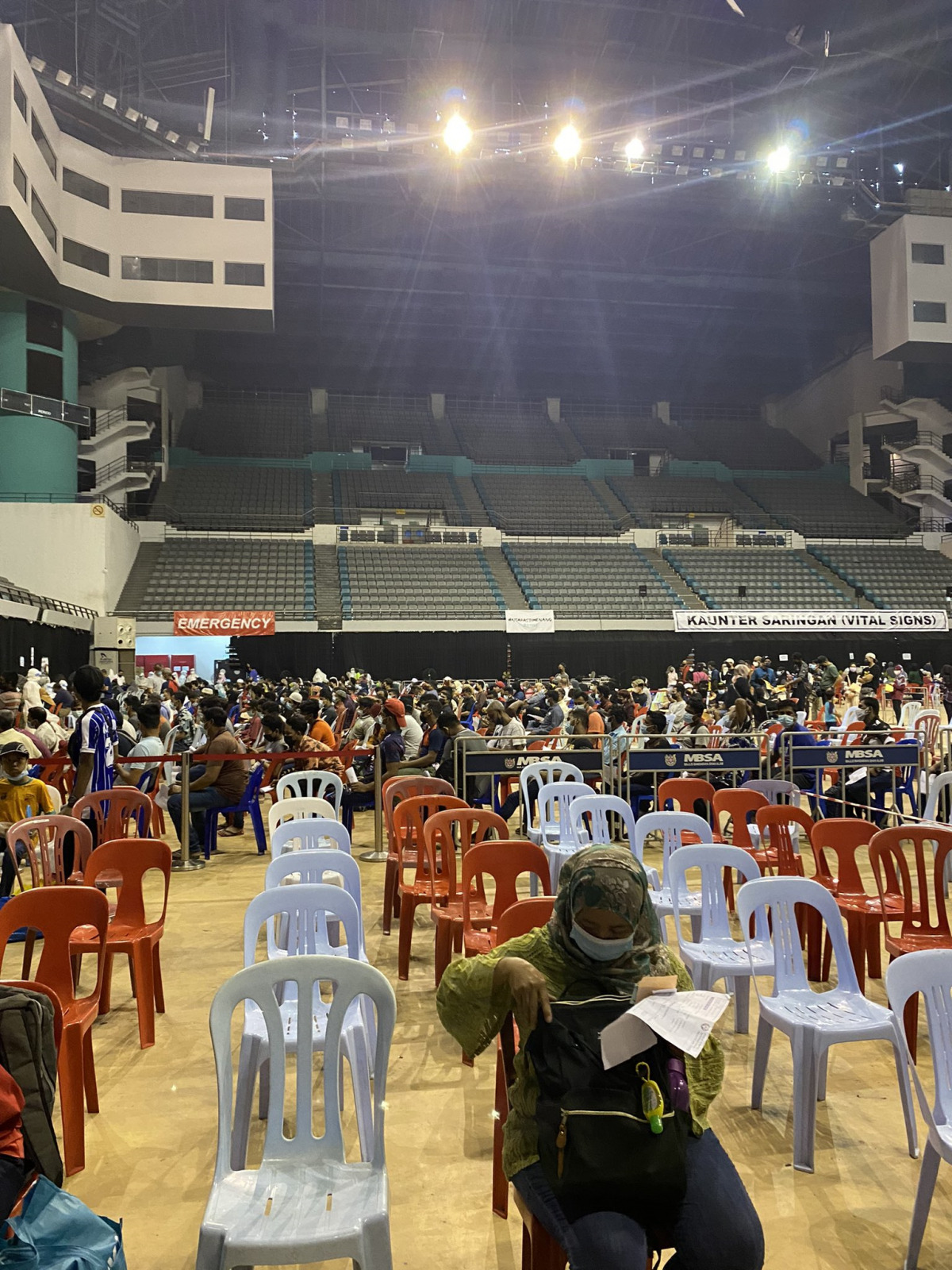 Mohd Faizol told WORLD OF BUZZ that everything went well, but lots of patience was needed to wait in line. He advises those who need to go to a CAC to bring their own food and water because apparently, no food is provided to the patients there. He added that he left the last station only at about 1pm, six hours after his arrival.

Also read: “You’re not safe” M’sian Shares How Getting Covid-19 Was The Worst Experience In Her Life 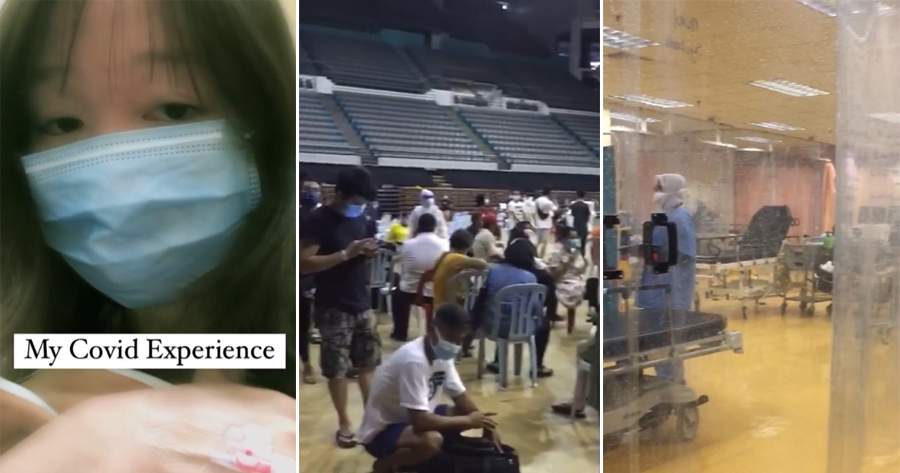