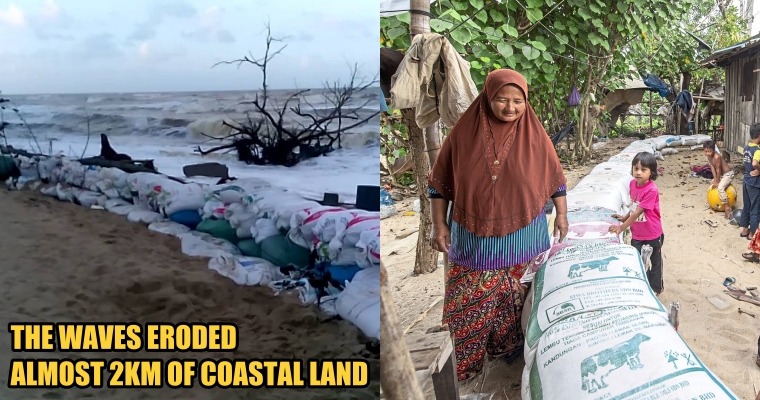 The Northeast Monsoon season is hitting Malaysia and we are showered by rain almost every single day.

The residents in the coastal areas of Kota Bharu, Kelantan are preparing for the waves that will hit their homes. According to The Star, the high tide phenomenon is expected to occur in one of these days, and the residents are worried about the condition of the existing concrete wave breaker.

Due to coastal erosion, the waves had eaten up the coastal land and the initial 2km-distance from a resident’s home to the beach shortened to only a few metres. The Drainage and Irrigation Department did build a concrete wave breaker “to prevent heavy erosion in the area”, but it definitely did not solve the erosion that ate up almost 2km of land. 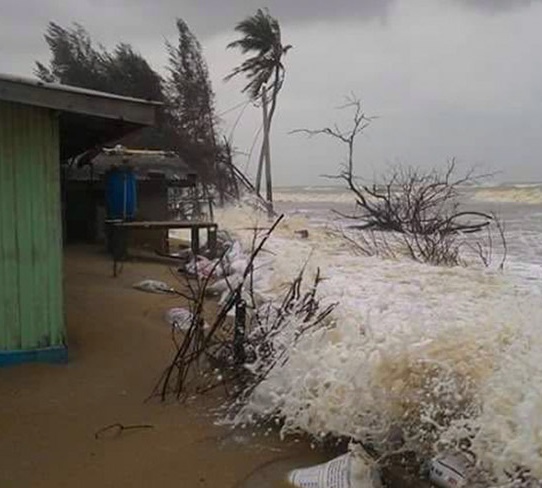 To take this matter into their own hands, the residents of Kampung Pantai Kundur DIY-ed their very own wave breaker — with gunny sacks. About a hundred gunny sacks that contained sand were stacked in the back of a resident’s house. The 58-year-old resident mentioned that her family had begun stacking these gunny sacks since last month and that the monsoon season would cause uneasiness among the residents in that kampung.

“My family will be on high alert at all times and feeling anxious because we are constantly worried about any untoward incident that can occur.” 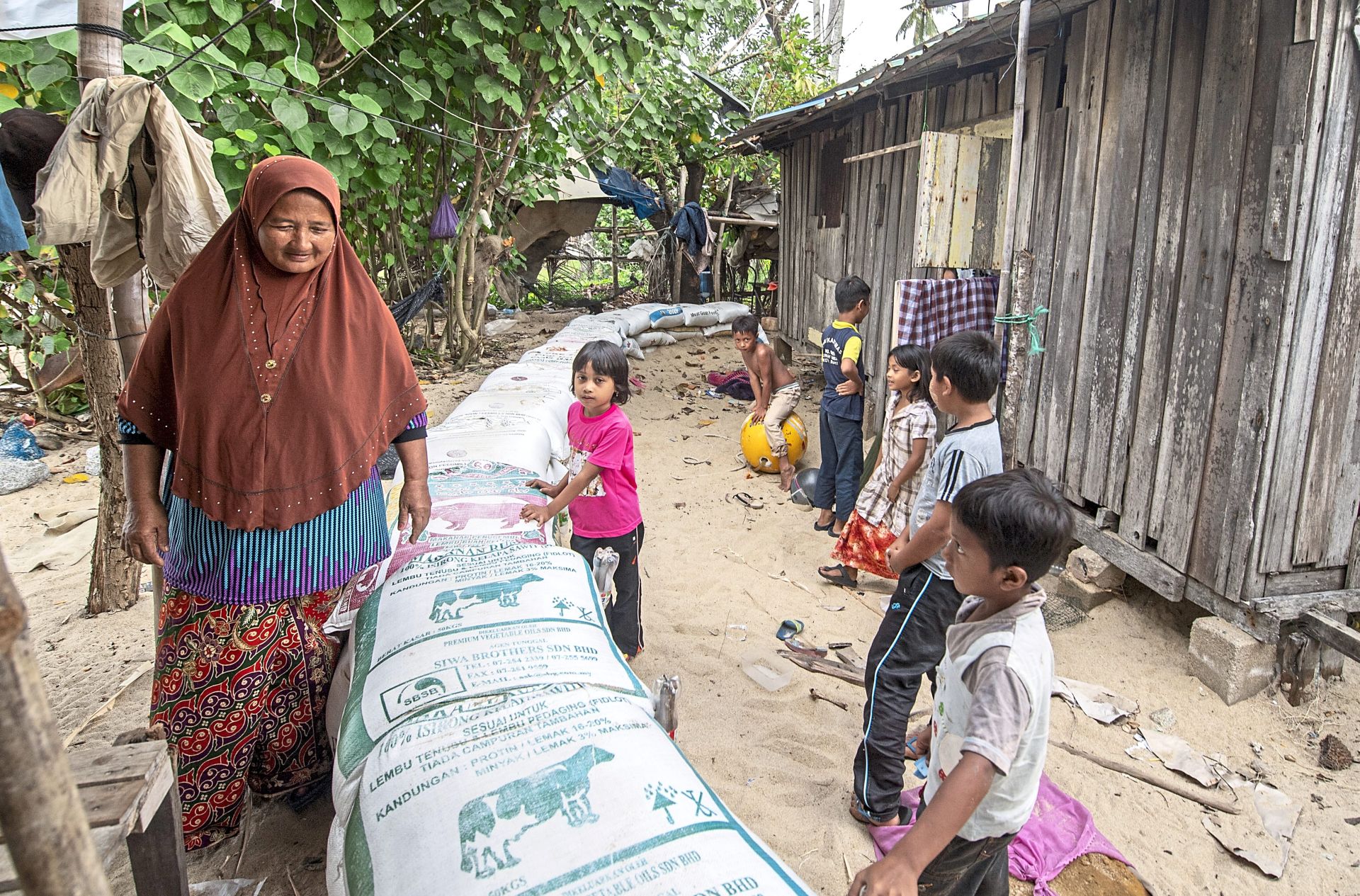 We hope that the residents will be safe during the monsoon season and that the authorities will take proper action to protect the people and their houses.

Also read: M’sians Freak Out As Skies Turn Scarily Dark During Afternoon Due to Northeast Monsoon 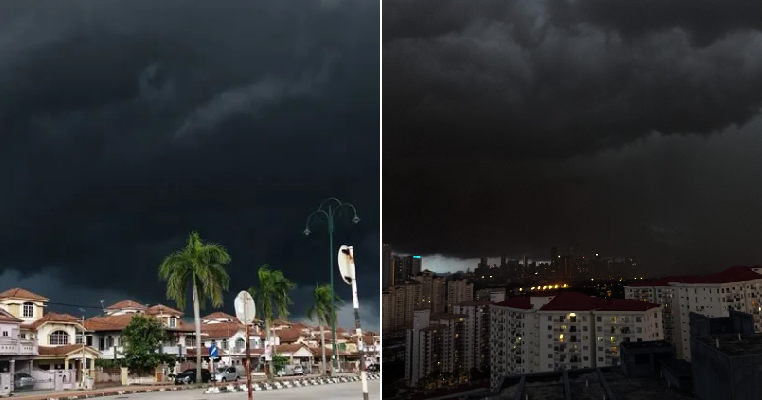