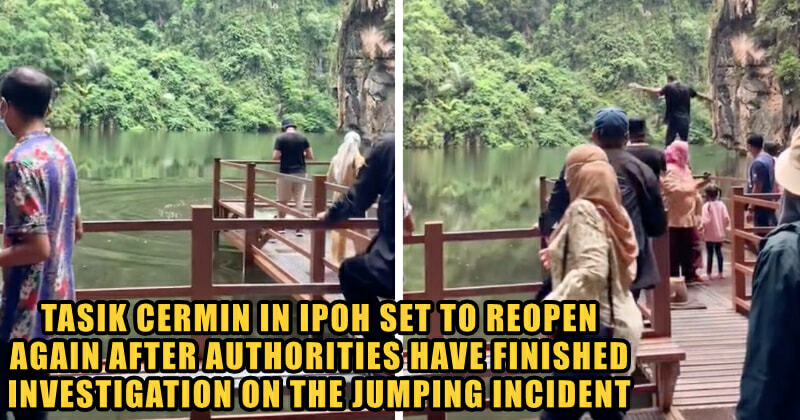 The gorgeous lake in Ipoh surrounded by natural limestone hills, Tasik Cermin is set to reopen again this 15 January 2022 after being closed to the public following the infamous incident in which a man was caught jumping into the lake for a swim late last year.

As reported by national news agency Bernama, the Ipoh City Council (MBI) announced that it is satisfied with the outcome of an investigation into the case of the jumping man and is ready to reopen the lake again to the public.

Ipoh Mayor, Datuk Rumaizi Baharin said that Tasik Cermin will operate between 8am to 5pm daily and hoped that there will be no recurrence of the incident in the future. In a statement in Ipoh yesterday, he further asserted,

“We are also hoping that the opening of the lake will revive the tourism sector and the site will be one of the main tourist attractions in Ipoh,” 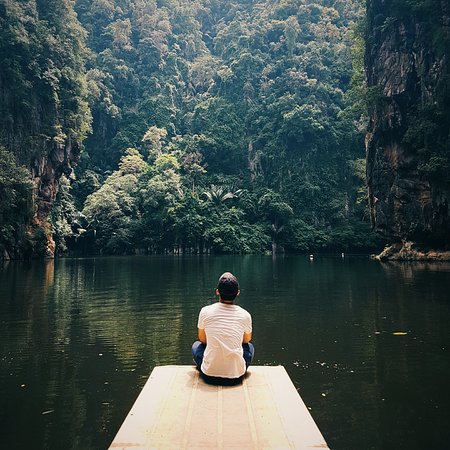 The Ipoh Mayor confirmed that Tasik Cermin had to be closed to the public since 13 December 2021 after a man was recorded jumping into the lake and will only reopen until investigations into the incident were done. The incident went viral on social media late last year, with the 15-second video being originally posted on TikTok in which a man dressed in black can be seen jumping into the lake.

Tasik Cermin and its surrounding areas are under the management of Geopark Lembah Kinta and the public is strictly prohibited from swimming in the lake to preserve its natural beauty and ecosystem. 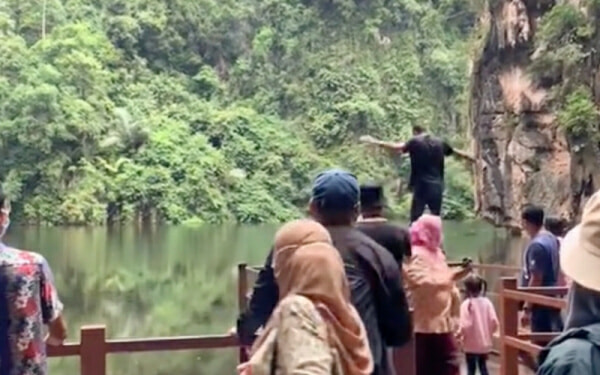 The infamous incident in which a man jumped into tasik cermin for a swim.

Also read: There’s a Lake In Kedah Filled With Little Purple Flowers & It Is In a SEWAGE PLANT! 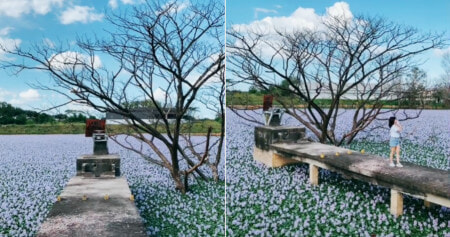