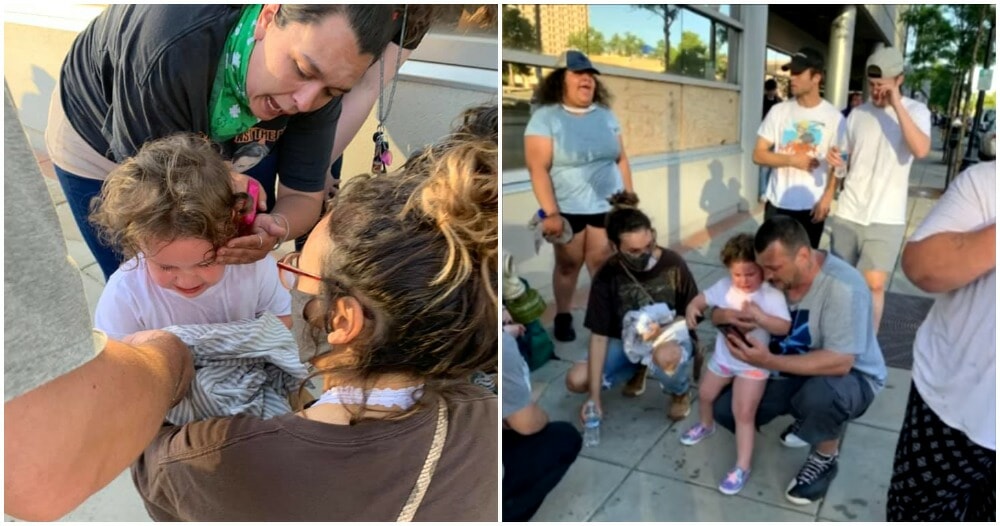 George Floyd’s case has sparked outrage all over the world, especially in Minneapolis after the man’s neck was being knelt on by a police officer – which resulted in his death. The sickening act was caught on tape, as George could be heard pleading the officer to stop because he could not breathe.

He kept repeating the words, “I can’t breathe, officer.”

People across the United States have been walking the streets to protest police brutality and also that #BlackLivesMatter. Violence soon erupted in the streets and no one is safe. There are reports of people just going out to get groceries but were pushed, shoved and thrown onto the ground by the police.

literally none of this is gonna be on the news 😐 pic.twitter.com/3eLoCJHysk

Children were not spared from the weapons of the police as well. On 31st May, an innocent child was just going home with her family in their car. However, the trio was tear-gassed out of the car and they escaped the vehicle.

Once they were out, first-aider Jessica Farlow came to help the suffering toddler.

“I ran over immediately to help and the child’s face and their entire body was red with this capsaicin or pepper spray.”

“Thank you for the candy,” while smiling.

However, the police soon came over and tear-gassed the child a second time. The child’s mother recounts the story.

“She’s only three and I’m not even here for the protest, we got gassed out of our vehicle. He (the police officer) looked at my daughter, threw the (tear gas) canister and it exploded.” 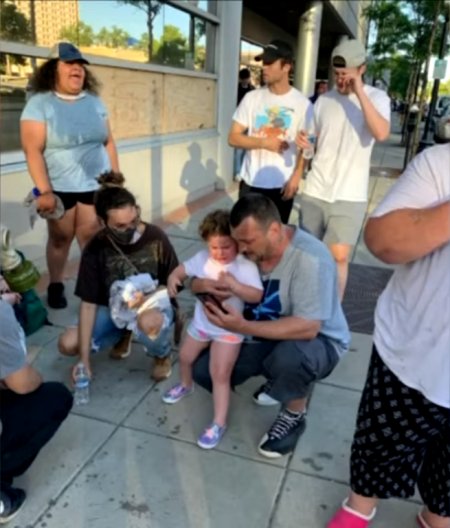 The child was naked when the second canister exploded as they had taken her clothes off to wash off the burning sensation from the first canister. Fire Department professionals soon came to treat the small child and the family managed to reach home safely. A day after the ordeal, the little girl felt much better. Her mother also said,

“My daughter used to love police officers but the next morning, she saw one and was so terrified, she cried.”

In another viral post, a child was seen screaming in agony after she got tear-gassed by a police officer. As she was wearing all black, she might have been a protester but that doesn’t justify what the police officer did.

The owner of the viral video said that he was nearby when he saw a scuffle and a police officer lunging forward. Moments later, the little girl ran out crying and screaming. The adults crowded around her and tried to help by spraying her with water/soda water. As she couldn’t see and it hurt her so badly, she screamed, 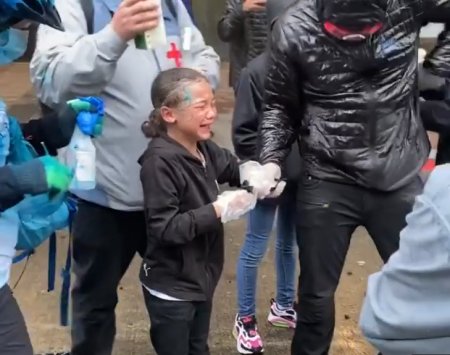 A first-aider then took out a bottle of milk to relieve her pain while she screams and cries in agony. Her tiny high-pitched screams really broke our hearts. 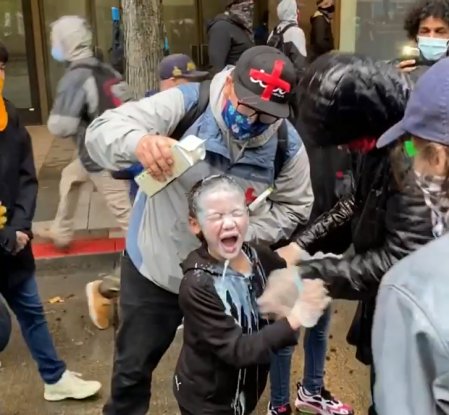 Protesters nearby who saw everything unfold then confronted the police about this. The officer just said that everything was caught on their body cam. The case is under investigation as of now.

A protest is probably not the best place for a child to be at, however, it is not right for children to be pepper-sprayed, tear-gassed or even shot with rubber bullets just because they are easy, defenceless targets.