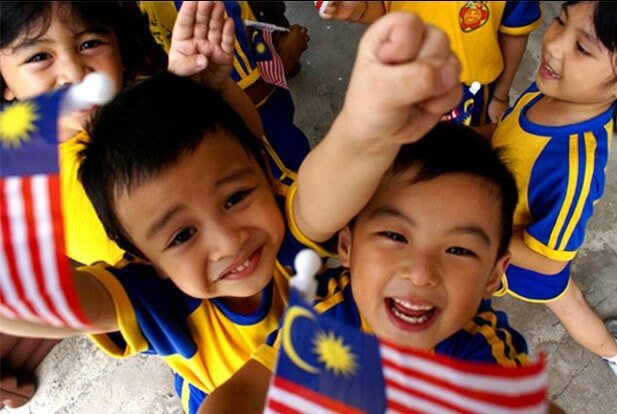 It’s not everyday you stumble across a long positive post about a certain race, let alone a post that was written from one race to another. However, it has occurred before and although there’s still a little racial tension in the country, if you go outside living your everyday life, you can honestly that we Malaysians, Malays, Indians and Chinese alike live in harmony among one another. Especially in our very favourite mamaks.

This time an Indian Malaysian wrote one titled, “What Chinese is about”.

and I guess it goes without saying that this is what it’s like to be truly.. 1Malaysia.

What Chinese is about.

Since the Chinese in Malaysia have no testicles to decisively reprimand a certain minister for his racist rants, let me, an Indian Malaysian, remind them what being a Chinese is about.

This is also meant to be a wake-up call for those who threaten everyone else (by using state machinery) and think that the country owes them a living and everyone else is a threat.

They don’t impose “no go zones” for their hosts and don’t demand separate laws for themselves. They don’t hatch plots to kill non-believers nor do they harbour or finance such attempts.

They live peacefully with everyone on Earth and if you sent them to Mars, they will make it very liveable too. Take along the Indians too, then it would be a thriving technology-spurred economy.

Why do Chinese succeed in life?

Here is why the Chinese are welcomed almost anywhere:

1. There are over 1.4 billion Chinese on this earth.

They are like (after all, all look the same) carbon copies of each other. You get rid of one, five magically appears (like ballot boxes in some countries).

2. They are like cockroaches. Put them anywhere on earth and they will make a colony and thrive.

They survive on anything around and make the best of it. In Klang, they threw pig parts into a broth to feed their coolie lot a 100 years ago and today it’s a delicacy. Some keep migrating but others will stay and multiply.

3. Nobody cares if they succeed as individuals or not.

But their families take pride in knowing they have succeeded. Yes, some will fail. They take nothing for granted. They don’t expect privileges to fall on their laps. No one owes them anything.

4. They know they have nothing to lose if they try to succeed.

They have no fear in trying. That is why Chinese are attracted to gambling. They thrive on taking risks. Winner takes all.

5. From young they are taught to count every cent.

What they take for granted like money management, is not something other cultures practice at home with their children. (It didn’t surprise me as I was like them too – some say I’m more Chinese than most Chinese).

But the truth is not all societies or cultures teach their young this set of survival skills because it is considered rude.

They accept that wealth in a family stays for three generations. That, every fourth generation will have to work from scratch. That is, the first generation earns the money from scratch, second generation spends the money on education, third generation gets spoiled and wastes all the inheritance. Then they are back to square one.

Some families hang on to their wealth a little longer than most. I’m not sure where Yap Ah Loy’s wealth is now but I sure hope his descendants are benefiting from it.

7. It is their culture to pressure the next generation to do better than the last.

Be smarter. Be stronger. Be faster. Be more righteous. Be more pious. Be more innovative. Be more creative. Be richer. Be everything that you can be in this lifetime. And if you have some money, take it to the next life when you go.

8. Their society judges them by their achievements…

and they have no choice but to do something worthwhile because Chinese New Year comes around every year and Chinese relatives have no qualms about asking them straight in their face – how much are you making? When was your last promotion? How big is your office? What car do you drive? Where do you stay?

It never ends… so, they can’t stop chasing the illusive train – they are damned to a materialistic society. If you are not Chinese, consider yourself unlucky.

9. They have been taught from young that if you have two hands, two feet, two eyes, and a mouth, what are you really doing with them? “People with no hands can do better than you!”

Chinese people never beg, they earn their living. They don’t expect government contracts, they get it… well, with their hard-earned money. They sometimes buy it but that’s economics.

10. Ironically, the Chinese also believe in giving back to save their rather materialistic souls.

Yes, that is true. See the Vincent Tans in Malaysia. And that is why Chinese society progresses in all environments.

Nobody pities them and they accept that.

No one owes them anything and they know that. There are too many of them for charity to reach all of them and they acknowledge that. But that does not stop them from making a better life. Opportunity is as we make of it.

So, pardon them if they feel obliged to make a better place for themselves in this country we call home. They are not ‘puak pendatang’ and it is the same home as you and me. It is in their DNA to seek a more comfortable life. In whichever country they reside in.

But if history were to be our teacher, look around this globe. Almost every country has a Chinatown but how many government/countries are ‘taken’ over by the Chinese people.

Don’t be afraid of them overwhelming your majority, they are not looking to conquer. China is probably the only major power (besides India) that didn’t go on a crusade to further its boundaries and religion.

I think their real religion is money and there’s no harm in that. The more money they make, the more to go around. Win-win for all.

If they have moved away from China and Chinese-governed countries, they are not looking for another country to administer. They are more interested in making money than to run a country, seriously.

Their representatives are only there to look after their collective welfare. I don’t think a Chinese wants to be prime minister in Malaysia. He’ll be better off being a business tycoon for sure.

They prefer to blend in and enjoy the fruits of their labour. They enjoy the company of like-minded people of all races. After all, just like you and me, they are only passing through a small period in the history of time… so, use their skills and we can all progress forward together.

Calling for a boycott of Chinese-owned business is not only foolish but in the end, self-destructive. 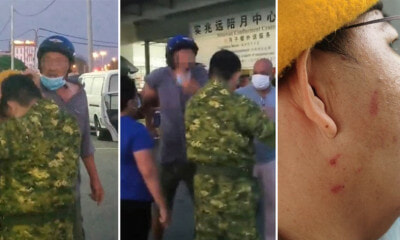 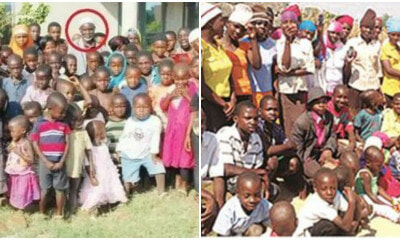