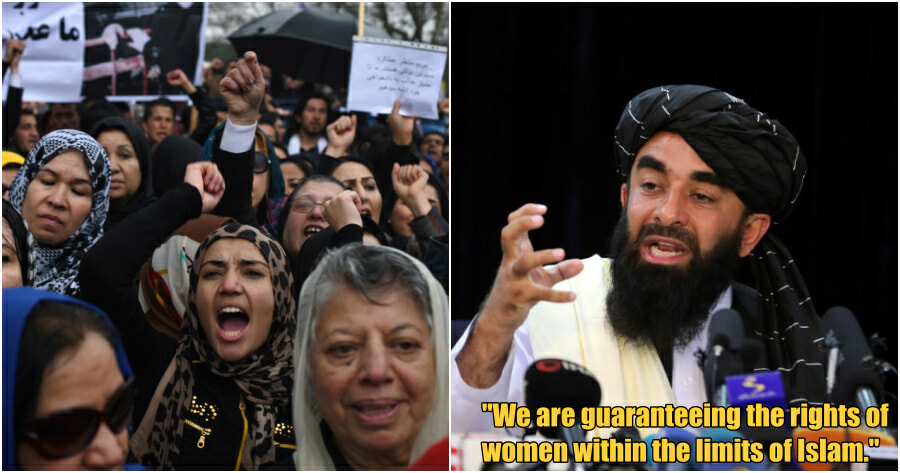 On 15 August, the Taliban took over Afghanistan after 20 years of US intervention in the country, and since then this has been one of the biggest news in the world.

Following the takeover, the Taliban held its first official news conference in Kabul on Tuesday, 17 August, promising that they would respect women’s rights, forgive those who resisted them and ensure a secure Afghanistan.

The news conference which was held by Taliban spokesman Zabihullah Mujahid was aimed to convince world powers and a fearful population that they have changed since their past rule over the country back in the late 1990s.

But many Afghans remain sceptical and thousands have raced to the airport, desperate to flee the country.

Past treatment of women

During the Taliban’s previous rule between 1996 and 2001, women were limited in their movement as well as their right to education and healthcare.

Women were forced to wear burqas and cover their entire face and body, had girls schools shut down, were denied basic healthcare facilities and even faced brutal punishments such as execution and public flogging or stoning for breaking such rules. 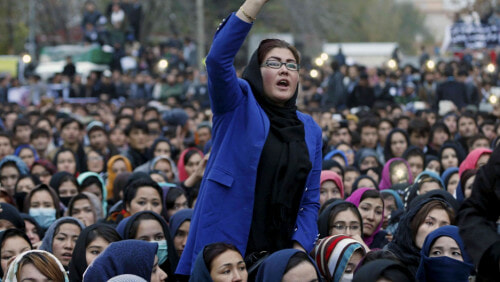 However, the situation improved in 2001 following the US-led invasion of Afghanistan as women enjoyed a multitude of new freedoms. As of last year, according to USAID figures, at least a quarter of the members of the Afghan Parliament were women and around 40 per cent of students in Afghanistan were female.

But international communities are still wary. On Wednesday, 21 countries including the UK and US issued a joint statement expressing concerns about the rights of women and girls under the Taliban.

“We are deeply worried about Afghan women and girls, their rights to education, work and freedom of movement. We call on those in positions of power and authority across Afghanistan to guarantee their protection.”

Promises for the future

In the news conference, Mujahid urged women to join its government and spoke of their commitment towards the rights of women within the Sharia framework.

“The issue of women is very important. Our sisters, our men have the same rights; they will be able to benefit from their rights. They can have activities in different sectors and different areas on the basis of our rules and regulations: educational, health and other areas,” he said. 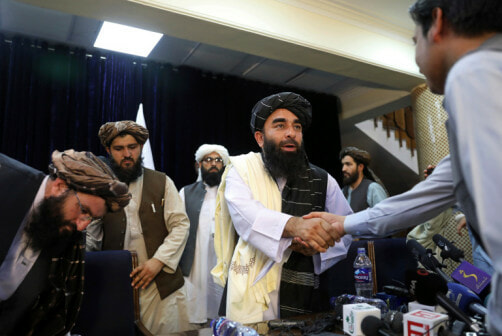 He added that “They are going to be working with us, shoulder to shoulder with us. The international community, if they have concerns, we would like to assure them that there’s not going to be any discrimination against women, but of course within the frameworks that we have.”

“Our women are Muslim. They will also be happy to be living within our frameworks of Sharia.”

When asked by members of the media on their proposed treatment of women, Mujahid responded, “Women are going to be very active in the society but within the frameworks of Islam. Women are a key part of society and we are guaranteeing all their rights within the limits of Islam.”

“Of course, women are needed, they are going to be able to be working.”

Apart from the promises made regarding the right’s of women, Mujahid also said a host of other things in the news conference. Other major points included: their wish for peace and the reasons behind their invasion.

He said that “Freedom and independence-seeking is a legitimate right of every nation. The Afghans also use their legitimate right after 20 years of struggle for freedom and for emancipating the country from occupation, this was our right and we achieved this right.”

Mujahid explained that they do not have any kind of hostility or animosity with anybody as all animosities have come to an end. “We would like to live peacefully. We don’t want any internal enemies and any external enemies.” 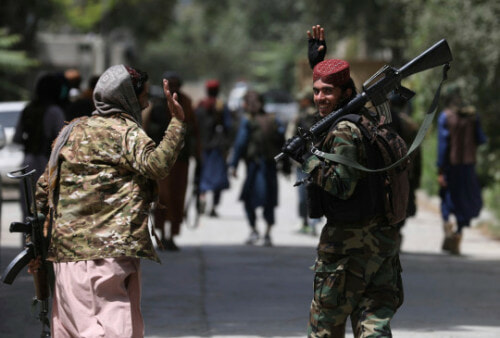 On the reasons behind their entry into Kabul, Mujahid said that it all stemmed from the incompetency of the previous government to ensure that embassies are secure from abusers and rioters.

“Our plan was to stop at the gates of Kabul after capturing all other provinces so that the transition process is completed smoothly without us entering Kabul so that we stopped troubles and harms and damages. But this couldn’t happen due to the previous government being so incompetent.”

“The abusers and the rioters wanted to abuse the name of the Islamic Emirate, to enter houses, or to harass the people or to steal. So we, therefore, instructed our forces to enter Kabul to ensure, to stop all this and to ensure security.”

Also Read: PAS Congratulates The Taliban Over Their ‘Victory’ In Retaking Afghanistan 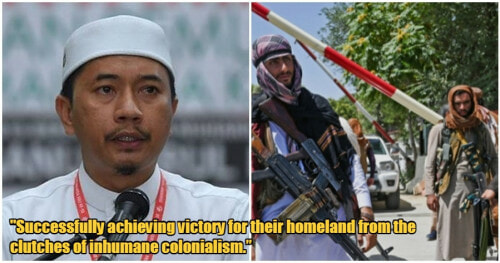