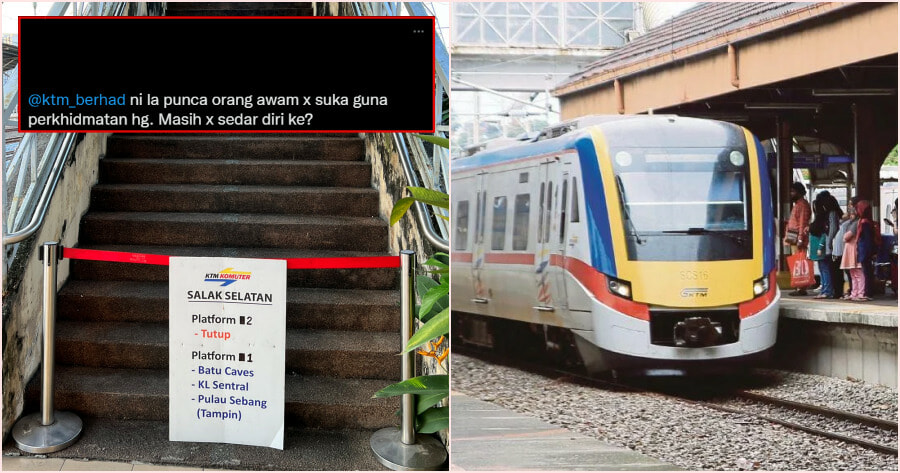 There has been a slew of problems with our public transit system recently, ranging from inadequate infrastructure to train frequency, which has resulted in overcrowding at stations.

Another issue that many Malaysians have complained about when it comes to public transportation is that the authorities frequently fail to provide notice or announcements.

Malaysian @ardnie recently turned to Twitter to express his dissatisfaction with KTMB for unexpectedly closing a platform at the Salak Selatan KTM station. 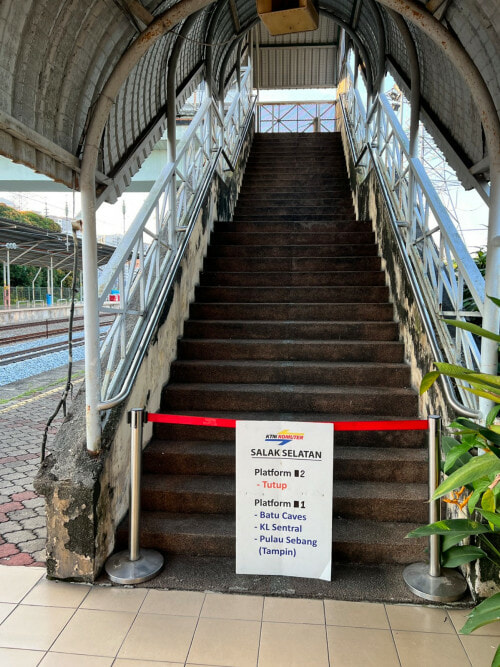 Tagging KTMB’s official Twitter account in his post, he wrote, “Can you do things with your brain? I know that your CEO is brainless. If you want to close a station, do give notice earlier. That’s the least you can do.”

In the picture that he shared, the stairway to Platform 2 of Salak Selatan was blocked and closed.

He explained that when he spoke to the staff there, they explained that they had only been given instructions to close the station, but “they also do not know how many other stations are closed.”

However, in an additional tweet, @ardnie clarified that they were closing one of the platforms, and not the whole station.

“The issue is that there is no visible written notice anywhere or on the platform before this stupidity was done.”

The post has garnered plenty of attention and has prompted other netizens to share similar cases they’ve had with KTMB.

“In the past, I had checked the schedule, which said that the last train to Seremban was at 10pm. I was at KL Sentral at 9:45pm and waited till 10:10pm. The auxiliary policeman told me the last train had already left at 9:30pm.”

“So I had to spend RM100 to return to Seremban with Grab.“

Another user pointed out that this is precisely the reason why people don’t like taking public transport.

Meanwhile, another user highlighted that the issue of not notifying people had become such a common practice in the country.

“In my experience, these practices are still present in our society. The first is not notifying properly, and the second is ‘until further notice’, which is another way of saying that something will not be completed anytime soon.” 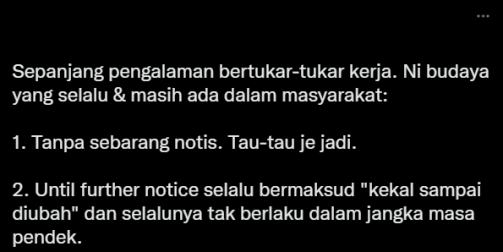 Have you ever experienced anything similar? Message us on our Facebook or send an email to [email protected] 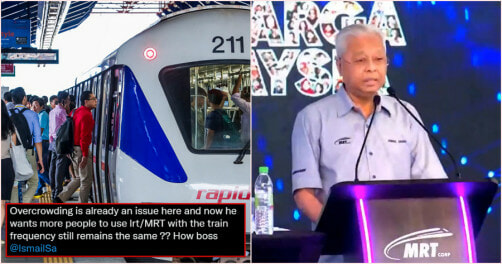