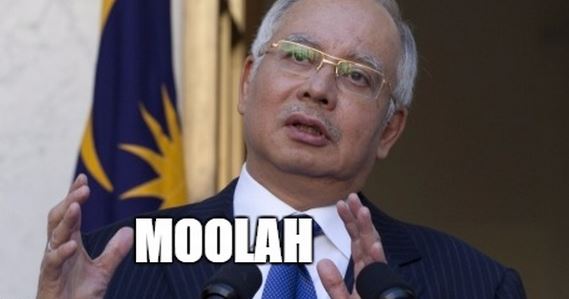 In light of the recent news of Malaysia’s prime minister’s RM2.6b in his personal bank account, we did some maths because well, WHO DOESN’T WANT RM2.6b in their own saving account right??

We made this simple guide by trying to deduce how much donations you need to achieve that mind-blowing figure so every one can enjoy bountiful moolah!

Discretion: Values used are estimates and for entertainment purposes only.

Now let’s get down to business.

1. We know that the total Malaysian population is approximately 28 million people (infomation based on index mundi 2014), and we’re only taking into account people of age 20 and above (who are more likely to afford to donate their money). This willl put the numbers at about 18.9 million people.

2. Since it was reported that the money was donated by UMNO members, let’s assume generously that they take up 70% of the population, so..

3. Let’s be honest, not everyone is so kind hearted and selfless that they are willing to donate (or even be able to afford it) so we generously assume that 70% of those members are contributing to those donations, which puts the figures at..

Wow, that’s indeed a lot of people! So how much would each person donate to achieve that number?

Since Mr Najib Razak was Prime Minister for 5 years, each year you will only need,

Ok what! Rm56 only. Seems doable. Now I just need to find out how to reach my 9.26 million people target a year.

3. It’s official, we will have to run for presidency. #voteWOB

Either way you choose, let’s work our arse off these 5 years collecting donations, then become billionaires and..