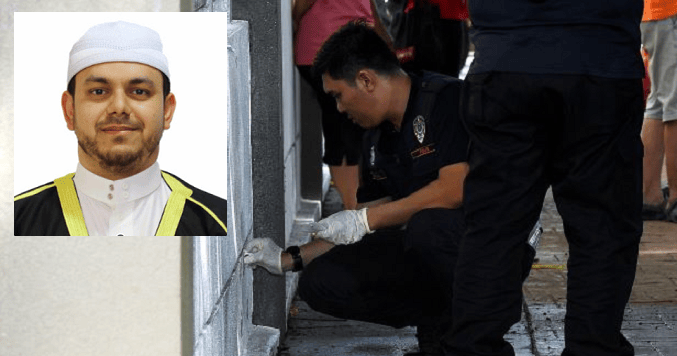 A private university lecturer from Palestine was shot dead outside his condominium at Jalan Meranti, Setapak, early morning on Saturday, 21st of April. Here are the facts from the ongoing investigation:

1. He was headed to perform his Subuh prayer Fadi al-Batsh, 35, who was also an imam, was walking to a nearby surau to perform his Subuh prayer when two men on a motorcycle approached him at 6am.

He was shot at close range and died on the spot. Inspections found four bullet wounds on the victim’s body, while two slugs were also found at the scene. Al-Batsh was shot in the “body and head”.

CCTV footage showed the suspects, who later fled the scene, waited about 20 minutes in the area before attacking the victim, which led the police believe the lecturer was indeed the target as two other individuals walked by the place earlier unharmed.

3. The police say they are investigating all angles including terrorism.

Deputy prime minister Ahmad Zahid Hamidi said the suspects were believed to be Europeans with links to a foreign intelligence agency. He also said a preliminary investigation showed that al-Batsh was to have left for Turkey in the afternoon to attend an international conference.

4. The victim had lived in Malaysia for 10 years He was a lecturer in electrical engineering, specialising in power engineering and attained his doctorate at University of Malaya before taking up the post of lecturer at a Universiti Kuala Lumpur. He was survived by his wife and three young children, aged one, five, and six.

5. al-Batsh was a member of the Hamas movement 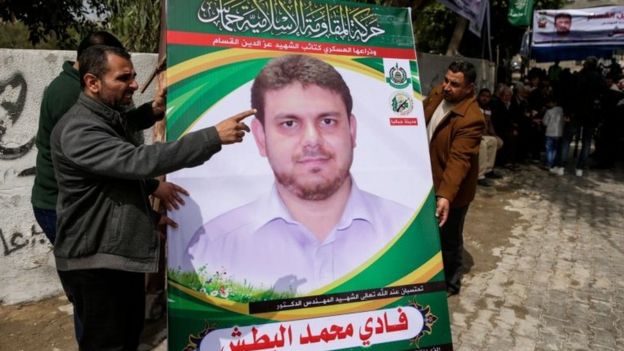 Hazem Qassem, spokesperson for Hamas, the governing party in the Gaza Strip, confirmed to Al Jazeera that Fadi al-Batsh was a member of the Palestinian Sunni-Islamic fundamentalist organization. In a statement on Twitter, Hamas described al-Batsh as a “young Palestinian scholar” from Jabalia in the Gaza Strip. It called al-Batsh a “martyr” and said he was a “distinguished scientist who has widely contributed to the energy sector”.