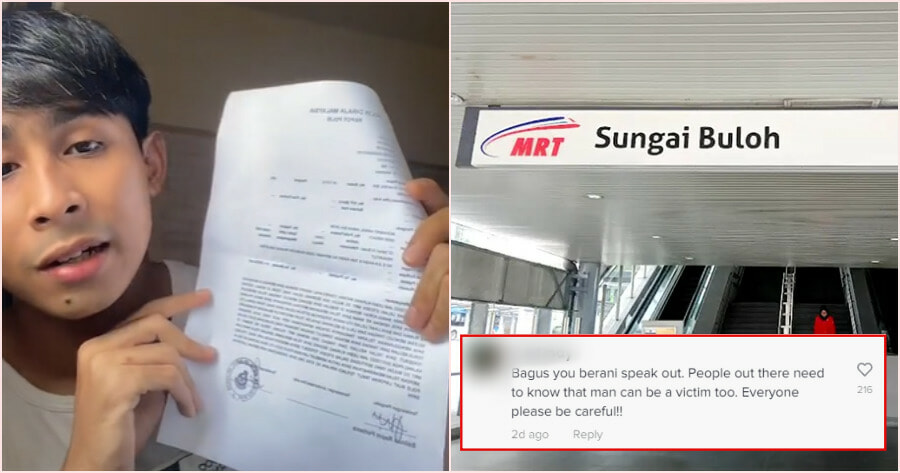 Sexual harassment in Malaysia seems to be occurring almost daily, especially for women who open up about their experiences on social media.

However, it must not be forgotten that men can also be victims of sexual harassment, both from other men or even women.

Recently, a Malaysian student took to TikTok to share how he had gotten sexually harassed while in the toilet at MRT Sungai Buloh station. 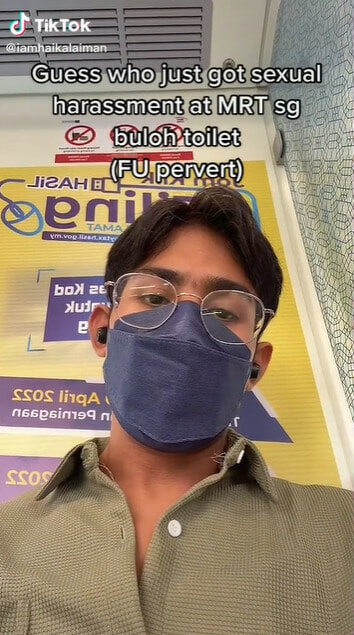 Haikal, a student at a university in Sungai Buloh, said that as he was about to enter the toilet, he noticed a man waiting outside. “I didn’t think much of it cause I thought he was just going into the toilets as well,” he said.

However, as he was washing his hands, the guy came up and asked him where he was going.

“He then came up behind me and touched my butt with a smile on his face whilst saying ‘very nice’.”

Haikal said that when that happened, he was shocked and frozen as he did not know how to react to what the harasser had done to him. 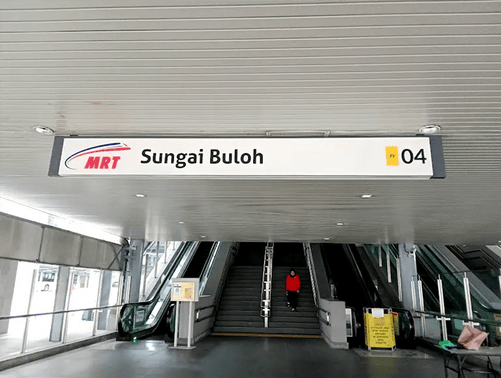 After he managed to leave the toilets to continue with his journey, Haikal said he noticed that the man was still lurking around in the areas around the toilets.

“Whilst I was on the MRT, I was shaking and felt like crying. I felt so bad for myself until I managed to tell my friends about it.”

Recalling his experience, Haikal said it was a Bangladeshi man about 178cm to 180cm in height. “He is a bit big, bald and was wearing a pink shirt at the time,” added Haikal.

Report to MRT staff and the police

Speaking to WORLD OF BUZZ, Haikal explained that he reported to the MRT station the day after the incident, and the staff said that it was the first time a sexual harassment case was reported at that MRT station.

“This is quite surprising to me because, in the comments section of my TikTok video, many users commented that they experienced the same thing, and some of it happened at the same place as mine.”

“After reporting the issue, they ask me to make a police report, and reassured me that the staff will take safety countermeasures,” said Haikal, who has since lodged a police report. 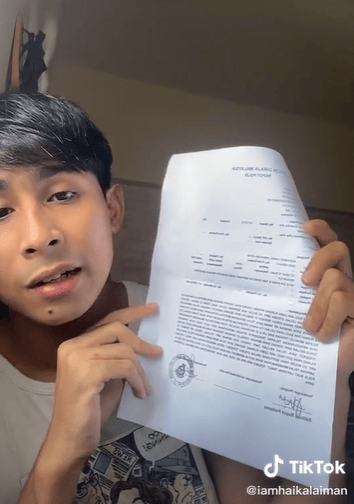 Haikal said the most important thing is to open up about the issue. “Most of the victims are scared to tell others what happened, and if there is no case being reported, therefore no action can be taken by the authorities.”

“Another thing that can be done is to spread awareness regarding this issue since sexual harassment can occur anywhere and to anyone.”

Not the only one

Haikal’s videos have garnered plenty of attention. Netizens praised him for speaking out on an issue that most men normally would not touch on, whilst other male victims of sexual harassment shared their similar experiences.

“Bro, I’ve experienced something similar on the LRT. But I only reported it to RapidKL and not the police,” commented a male victim.

Another mentioned that they got harassed by another man on the MRT. “That time the MRT coach was empty,” he added.

“Same bro. When you experience it, you won’t know how to respond. All we know is that we need to get out of that situation. After that our whole body will be shaking,” said another male victim.

Have you ever experienced something similar? Let us know in the comments. 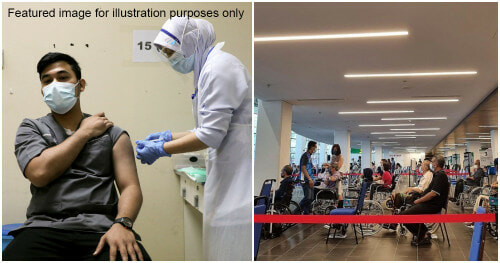