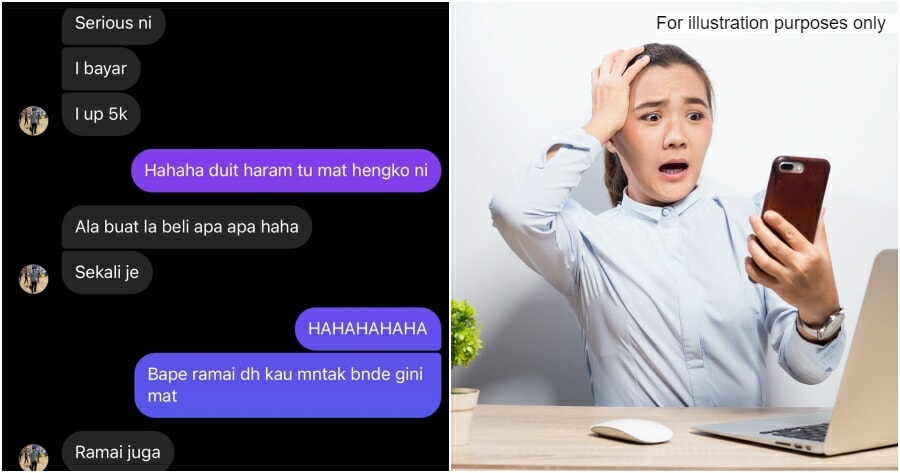 Everyone, but especially women, has a right to feel comfortable no matter where they are. Sadly, some guys have made it (almost) impossible for women to feel safe online.

Recently, on her Twitter account, a Malaysian by the name of Janna shared her encounter with a stranger who happened to follow her on Instagram. In her post, she included a series of screenshots showing the conversation between the man and her, where the former offered her money so that she could watch him doing lewd acts through video calls.

The man initially offered her an amount of RM2,000 and hinted to her about his desires.

“You don’t have to do it with me. Just watch me through video call, but keep it a secret between the both of us.” 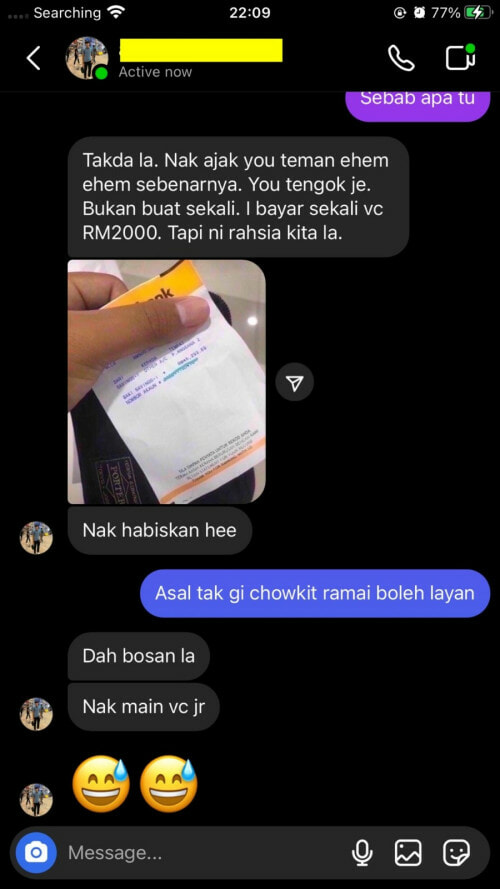 Janna rhetorically asked him why hasn’t gone to Chow Kit Road where a lot of ‘people’ there could’ve entertained her. The man had a ‘perfect’ response for that.

He then asked Janna again if she agreed to what he had on mind, to which she said ‘NO’ and that it’s a waste of time.

But a ‘NO’ was not enough to stop the persistent man.

He continued the conversation by making a higher offer and this time, he offered Janna an amount of RM5,000 – RM3,000 increase from his initial offer! 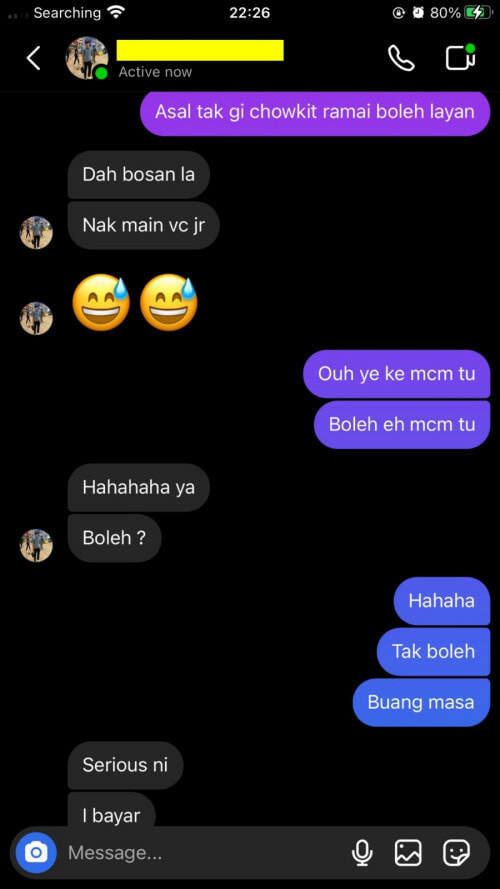 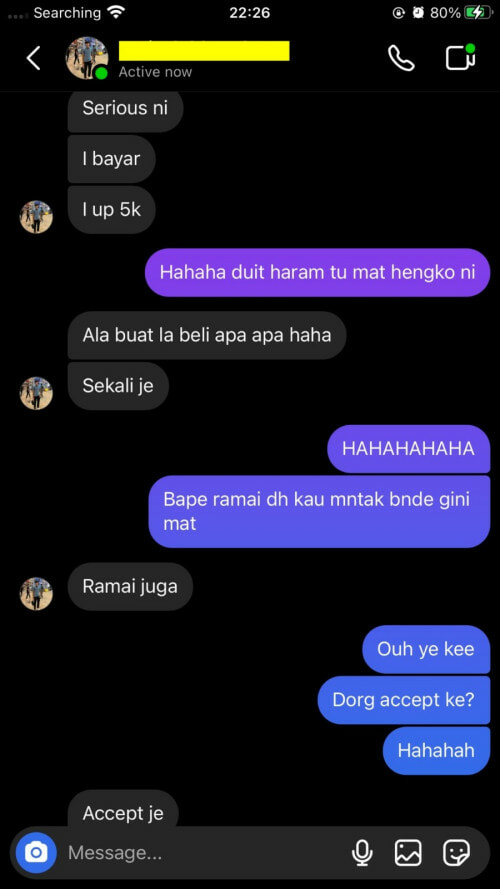 Janna started to feel annoyed and asked the man if this is his first time approaching the opposite sex with such requests.

“Not my first time and others have accepted my request.”

He then continued to persuade and convince Janna that it will only happen for a time and that he would stop disturbing her once he was done. Janna rejected him again and this time, she blocked him.

At the end of her tweet, Janna said that despite not having a lot of money, she is not desperate enough to accept the money from such sources and urged other women to just ignore it if they happen to encounter requests like this.

Ladies, if the same situation occurs to you, do not hesitate to report it to the authorities if you ever feel threatened. 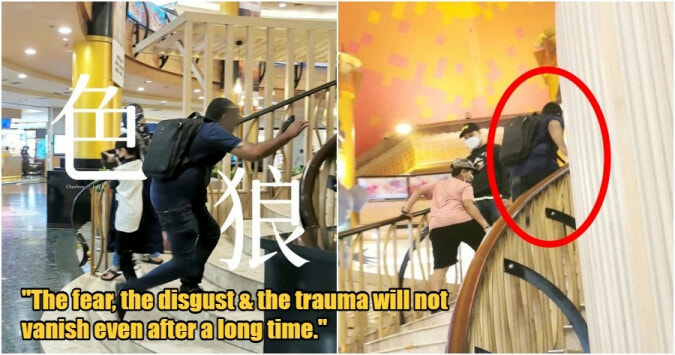