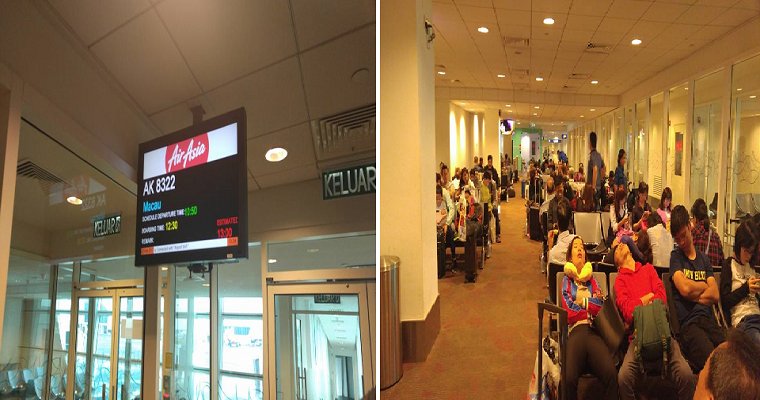 AirAsia is Malaysia’s favourite budget airline with destinations all over the world. Often the choice of budget travellers, they also position themselves as the World’s Best Low Cost Airline.

For one Facebook user, Lai Keen Yang, he shared his recent experience flying from Kuala Lumpur to Macau using the budget airline services where he received less than satisfactory service. 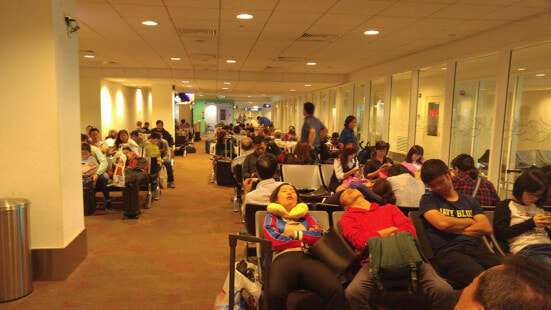 “Originally, the air ticket I purchased was supposed to be AK182 (6:45AM), but then it was rescheduled to (10:50AM) with a new flight number AK8320.” Lai writes. He then gives a precise timeline in his post.

From 10.10am onwards he checked in and waited at the gate until takeoff time at 10.50am but there were no attendants nor airplanes in sight.

At 10.55am, Lai wrote, “They announced that the flights have been rescheduled again to 12:30PM, and the gate is changed (last minute announcement), and still, many people with earphones in their ears do not know what’s going on. No service crew came to tell us at all.”

From then onwards, he waited until 12.15pm, when he couldn’t stand it anymore and decided to ask one of the crew about the situation. The crew member said, “Now we will use two planes, one with checked in luggage, another one without. Gate L18 (AK8320) for departing at 12:30pm, and Gate L16 (AK8322, temporary added plane) for departing at 1:00pm.”

Lai says from 12.55pm after all the guests were checked in again and at the new gate, there were still no planes in sight.

Finally, at 2.10pm, an announcement was made that the flight would be rescheduled to 4.00pm.

He said,“The plane is here but no pilot, have to wait for the pilot to board. The pilot arrived at 4.45pm but the attendants boarded the passengers using analog passenger logging, where two crew members used pens to mark each name before boarding. This process took spend more than 30 minutes for just 30 passengers.”

After boarding, he mentions that at 5.30pm, everyone is ready and seated but the cargo door on the plane is still open and the plane only finally took off ONE hour later for Macau and lands at 9.45pm.

He then continues his rant, “Everyone is waiting for their luggage which was originally supposed to be in the same plane but was moved to the next plane instead. At 11.00pm, the second plane arrived and we could get our luggages.”

In the final part of his post, he details the ways that AirAsia did not handle their delays well. Lai wrote, “Reschedule flight at the last minute without proper announcement. Repeatedly giving false information and excuses. Departing time set to 12:30pm, 1:00pm, 2:00pm, 4:00pm, then, 4:30pm, but we took off at 6:30pm! No refreshments given but only RM20 McD voucher which you only get if you ask for it.”

Malaysians who read his story had mixed emotions about his post. Some stated that AirAsia is indeed a budget airlines so he can’t exactly be demanding first class service.

On the other hand, other netizens feel that at least a decent service should be given, such as proper announcements to give passengers a heads up.

In anyway, we hope you have a better flight when you come back to Malaysia, Mr. Lai!