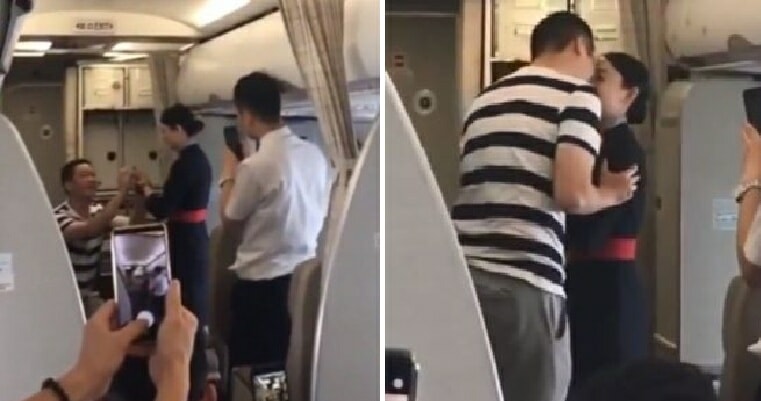 Receiving a marriage proposal from your partner is a very romantic and joyous occasion but for this flight attendant, she received a rather unpleasant “wedding gift” from her boss after the proposal. 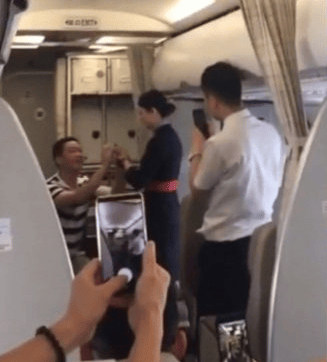 Apparently, the 26-year-old flight attendant surnamed Jiao, who was on a China Eastern Airlines flight from Xi’an to Yichuan was pleasantly surprised when her boyfriend of four years suddenly showed up on the flight, ET Today reported. The proposal took place on May 19 this year (2018). Half an hour into the flight, her boyfriend of four years made his appearance known.

He kneeled down in front of her and with all the other passengers as witnesses, he proposed to Jiao with a beautiful bouquet of flowers and a diamond ring. She was moved to tears and accepted his proposal, to the delight of other passengers who applauded when the happy couple hugged after that. 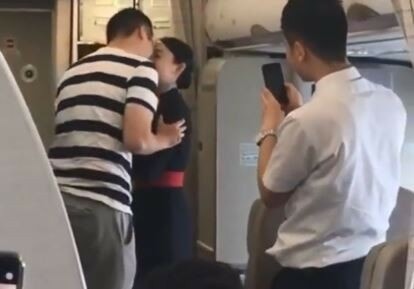 Jiao made a flight announcement thanking the passengers for their support and thought nothing of it until her superiors asked her to meet them. Turns out that they were not happy with the proposal happening while she was on duty and said that it could have jeopardised the safety of other passengers while she was distracted.

She was immediately terminated from her job as her superiors felt that it was extremely irresponsible behaviour, even though it was a surprise and she did not know anything about it. When other netizens heard about her dismissal, there were mixed reactions as some of them defended Jiao, saying that it was harmless to accept a marriage proposal for that short while. 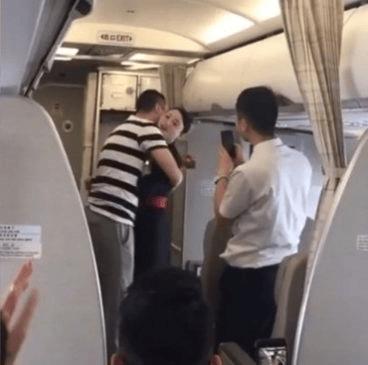 A few of them said that the man should have waited until the plane landed so that it wouldn’t affect other passengers’ safety. Some added, “If the man wanted his marriage proposal to be like those that you see in movies, he should be rich enough to get the whole plane so that his girlfriend wouldn’t lose her job.”

Flight attendants out there, you might want to ask your partner to check on your airline’s policy before pulling a similar stunt!

Also read: Girl Proposes with New Car and RM600K on Glass Bridge, BF Flees Due to Fear of Heights 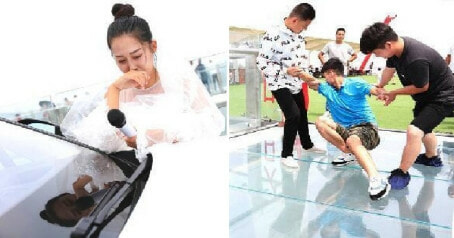