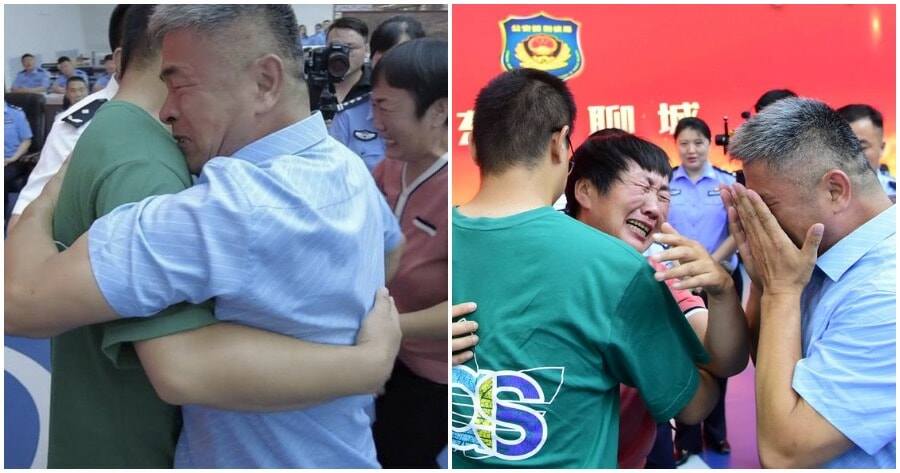 Imagine thinking you’ve lost someone forever only to find them more than 20 years later.

A man from China who spent 24 years riding a motorcycle across the country in search of his missing son finally found him. His extraordinary experience inspired the 2015 movie, Lost and Love, which starred the Hong Kong actor, Andy Lau.

Guo Gangtang revealed that he found his son in Central China’s Henan Province after more than two decades. His son was abducted by human traffickers when he was just two years old. According to China’s Ministry of Public Security, DNA testing enabled the police to determine the son’s identity and two suspects were eventually detained as reported by Global Times.

Guo and his wife couldn’t help but shed tears and hugged their son when the family was finally reunited in Liaocheng, Shandong.

“My baby, you came back!” exclaimed the boy’s mother. 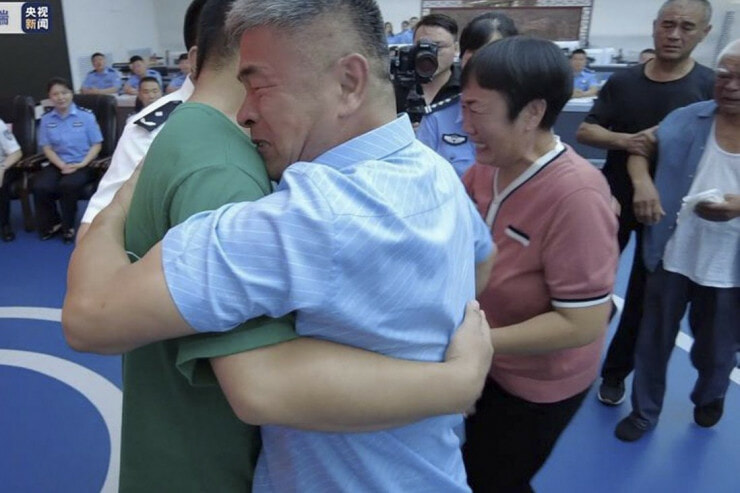 According to South China Morning Post, on 21 September 1997, a woman kidnapped Guo’s son while he was playing alone outside his home in the village of Liaocheng. At the time, he was only two-and-a-half years old.

BBC News reported that the two suspects, who were a couple at the time saw Guo’s son playing alone outside his home The female suspect, Tang, grabbed him and took him to the bus station, where her partner, Hu, was waiting. The couple then took an intercity bus to the neighbouring province of Henan and sold the child there.

Since then, Guo has tirelessly printed out pictures of his son and basic information on countless flyers to hand out to anyone he meets on the street in hopes of gaining information about his son’s whereabouts. His son’s disappearance was such a shock to Guo that his weight dropped from 80kg to 60kg and his hair turned white in the first month after the kidnapping.

“Many people say I am a great father”

However, he refused to give up and began a two-decade-long search after initial efforts found no trace of his beloved son. Guo travelled around China on his motorcycle, carrying a flag with his lost son’s image and a bag full of flyers, as reported by Reuters.

“Many people say I am a great father. But I am not great at all. I am helpless. I just lack the courage to restart life after experiencing tremendous hardship. Therefore, I kept on searching.”

Guo even encountered traffic accidents and highway robbers while searching for his missing child. He spent his life savings on his mission, sleeping under bridges and begging for money when he ran out of it.

Adapted into a drama film 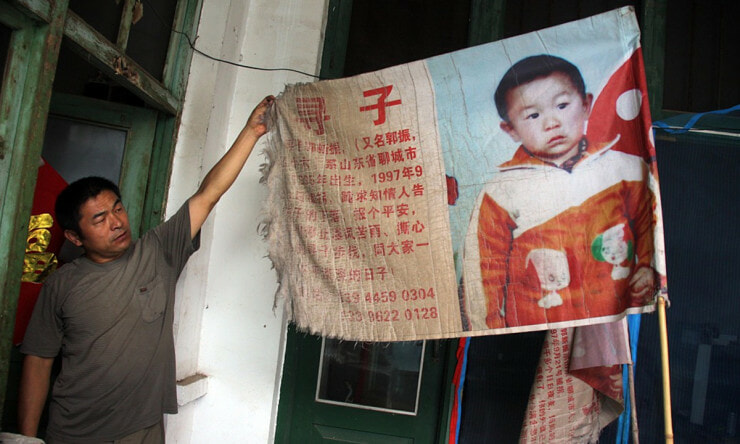 In Lost and Love, Andy Lau played the role of Guo who never gave up on finding his son. He also congratulated Guo, whom he met while preparing for the role.

“I’d like to say to Brother Guo that I admire your persistence. I also want to salute the police authority for their years of efforts,” he added.

Along with this wonderful news, many Chinese netizens took to social media to express their desire for a sequel to the film, but this time with a happier ending.

While Guo’s reunion with his son is indeed a heartwarming tale, it also sheds light on the pressing issue of child abduction in China with thousands of children abducted each year.

Shen Binti, a Beijing-based lawyer, told the Global Times on Monday that under Chinese Criminal law, anyone who abducts and sells children can face up to ten years in prison and a fine. If the circumstances are particularly serious, the death penalty will be imposed, and property will be confiscated.

Indeed, father’s love knows no bounds. What do you think about this story? Let us know in the comment section. 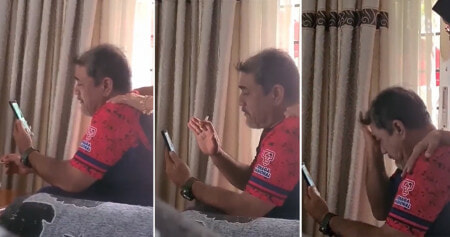