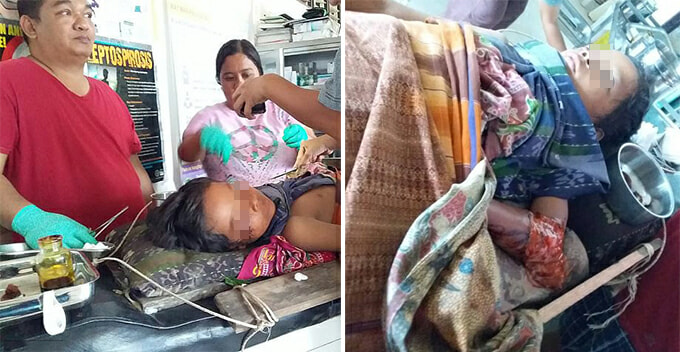 How is he so fearless?!

This Filipino father, Tejada Abulhasan, saved his son from drowning and possibly getting eaten by a crocodile, by biting into the huge reptile’s leg until it let go of his 12-year-old.

Diego Abulhasan was swimming with his younger brother in a river by the family home in Balabac, Phillippines when a crocodile attacked and dragged him underwater, as reported by Sinar Harian. 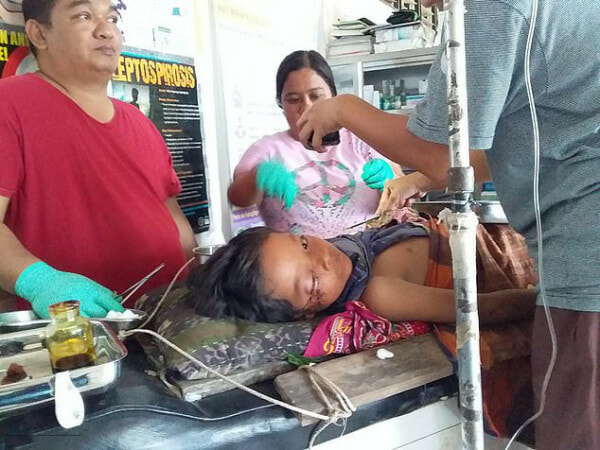 Tejada immediately ran to the river when he heard his son screaming for help. He dived into the river without any hesitation, armed only with a plank of wood. He hit the crocodile repeatedly with the plank and punched it, but it wouldn’t let go off Diego.

Having no other choice, he suddenly thought of an idea and proceeded to bite the crocodile’s leg a few times as hard as he could! 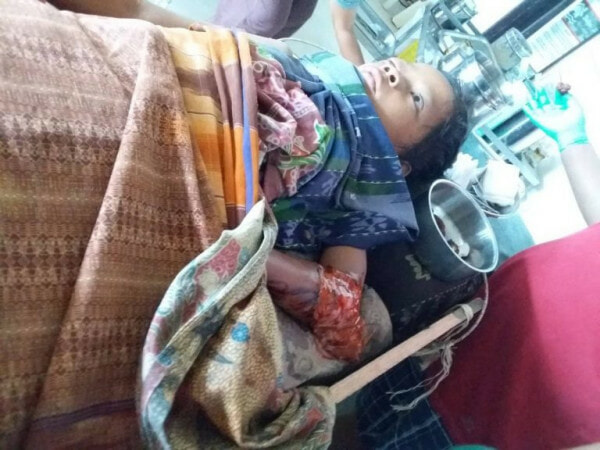 Surprisingly, this method worked in releasing Diego and the crocodile swam away before Tejada immediately brought his son to the nearest hospital for treatment. Luckily, Diego only had a few scars but no serious injuries and was released two days later.

“Then out of nowhere, I had the idea to bite him. I grabbed his leg and just bit as hard as I could like a Rottweiler dog,” Tejada told the police, as reported by Daily Mail.

“Investigations revealed that while the victim and his younger brother were cleaning themselves in the river, the crocodile suddenly snapped his left arm and pulled him into the deeper area and dragged his body causing several cuts in the different parts of his body,” said Superintendent Socrates Faltado.

He adds how the bravery of Tejada is the reason why Diego is still alive right now. Kudos to the father and we hope Diego is recovering well.

What would you have done if you were in Tejada’s shoes? Tell us in the comments section below!

Also read: Man Dies After Jumping Into Crocodile-Infested Waters Because He Believed He Could Control Them