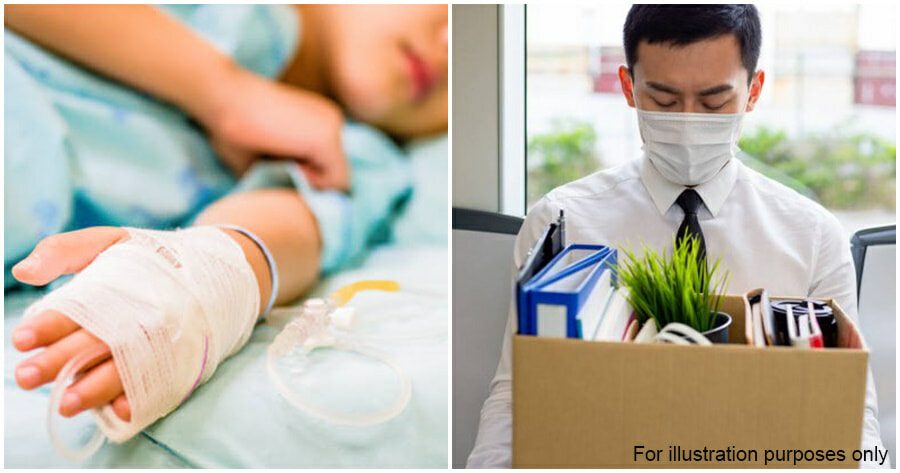 Many of us struggle to find a balance between making time for both work and family. But in a situation where a loved one’s life is in jeopardy, employers should know that it isn’t a question to put your family first. 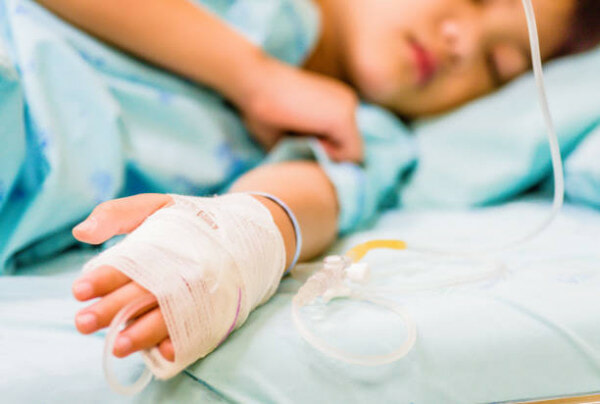 Unfortunately, a company in Suzhou, China failed to see that significance after they dismissed one of their employees for going home overnight to visit his son who was critically ill. The hospital had previously called the father to inform him that his son was being treated in the ICU and was not breathing.

According to Oriental Daily, the man, known as Mr Zhang, had put in a request for leave on Saturday but was told that he could only talk to his superior concerning the leave on Monday. He was later told that if he could not get his leave approved, he would be dismissed and forced to leave the company.

In the dismissal letter issued to the employee, it was said that Zhang breached a clause in the contract by going on a “three-day absence period without approved leave.” 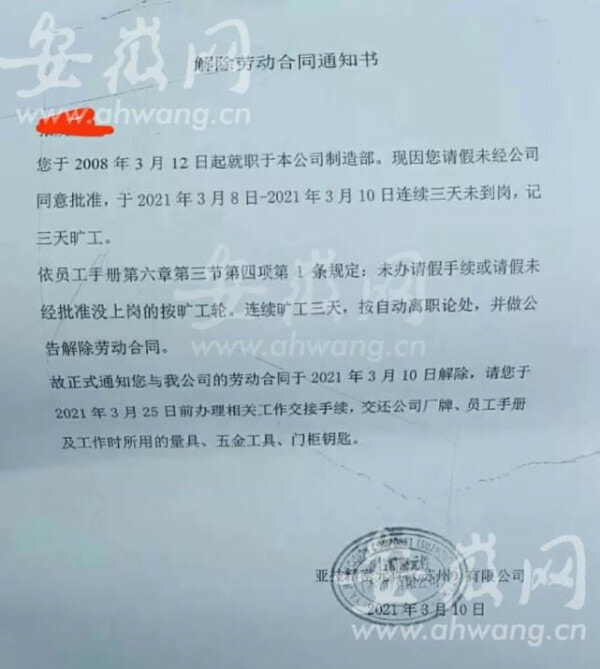 The father mentioned that he signed an agreement with the company and would go back to looking after his son while working with his employers but unfortunately, the terms of their agreement changed last October.

“The company no longer wants to abide by the agreement and I’ve been asked to leave the company,” said the worried father. “I can’t lose my job. I have to earn money to save my son.”

However, when speaking with his company’s superior, Zhang’s boss said that he was in no power to make decisions when it came down to terms in the employee’s contract and he could only follow company protocol. 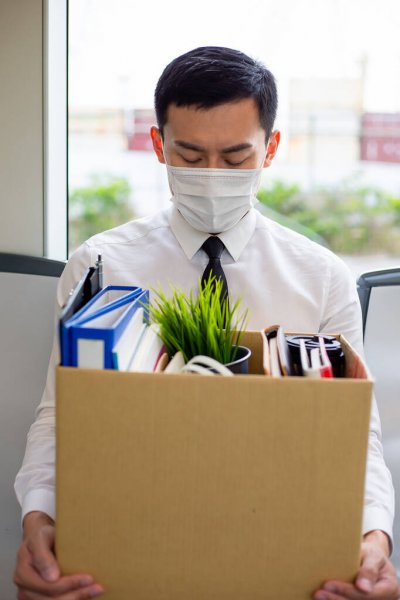 He added that Mr Zhang’s son was diagnosed with brain stem glioma, a disease in which benign or malignant cancer cells form in the tissues of the brain stem, last August. He also said that Zhang had been working with the company for 13 years before his dismissal. The concerned dad had been asking for leave since last September and only managed to return to work in February this year.

In an interview, the company director admitted that he did agree to retain the labour relationship with Zhang but was not aware when his child’s condition would be cured. He added that since the leave he applied for was meant to last for a period of time, the company recommended that Zhang leave first and return when the medical situation with his child is settled.

However, since the incident with viral, lawyers have been suggesting that the father apply for a labour arbitration as legal aid can be provided in such circumstances.

Hopefully, Mr Zhang finds justice and pay that will allow him to provide for his son. What do you guys think of this?

Also read: Video: Youth Beaten Up Until Bleeding For Allegedly Raising His Voice At Boss’ Wife 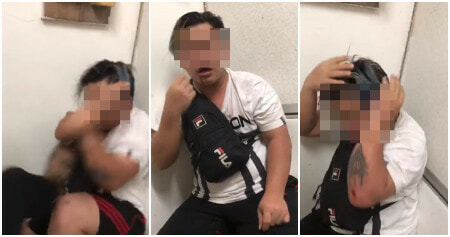