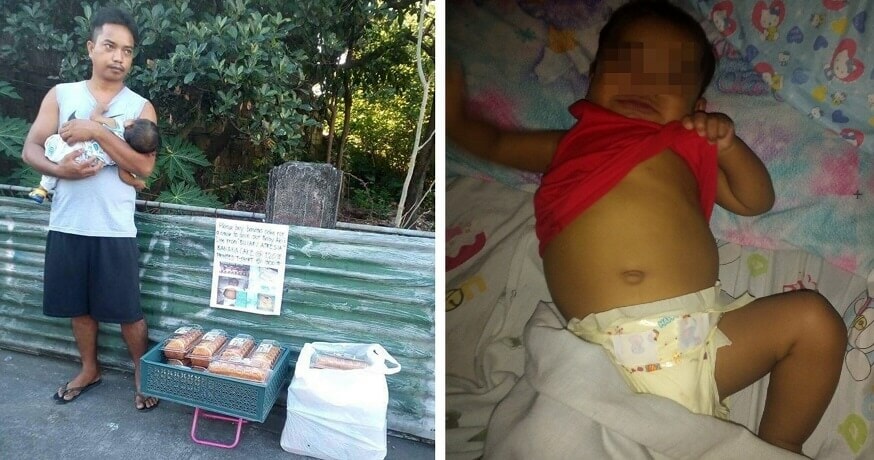 According to AsiaOne, a 34-year-old father named Antonio Detablan from Calamba, Philippines is selling homemade banana cakes on the side of the street to raise P1.6 million (approximately RM125,000) for his 8-month-old son, Aquiro Jazz (aka Aki), who urgently needs a liver transplant.

The infant was diagnosed with biliary atresia (a rare disease of the liver and bile ducts) last October 2018. 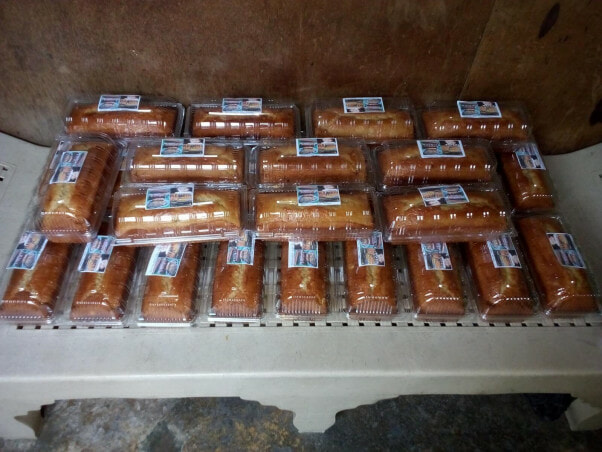 Last Friday (1st March), a concerned netizen took to Facebook posting photos of Detablan carrying his son while selling homemade banana cakes on the side of a street. He was spotted selling the cakes for P120 (RM9.38) per loaf hoping to receive enough to meet his goal of P1.6 million (approximately RM125,000), which is how much the liver transplant procedure costs.

Detablan and his wife Jabee Imano Galindes, 34, have been married for 9 years with three children, Anexi Jazz, Arkhin Jazz and Aquiro Jazz, each of them aged 8, 4 and 8 months old respectively. 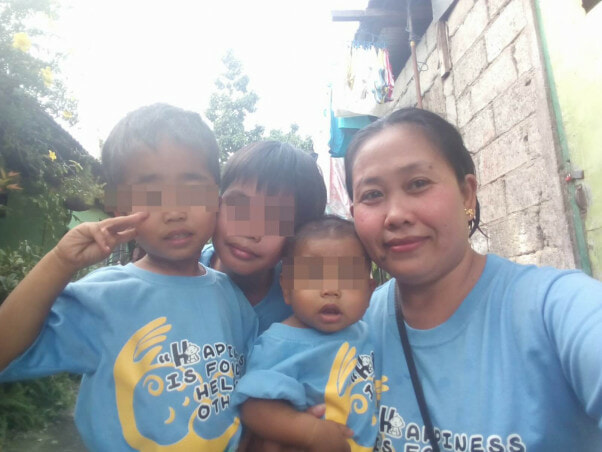 Galindes is a housewife while Detablan is a baker. She also helps raise funds by selling printed shirts and holding online raffles.

Their second child Arkhin also survived a medical ordeal after he was diagnosed with hydrocephalus (a condition where excess fluid is built up in the brain) in 2016, which made the whole family believe that a miracle could always happen. She was quoted as saying,

“Many thanks to the Lord and to those whom he touched by his mysterious and blessed hands. It is the Lord who is willing to return their goodness to us and especially to Aki.” 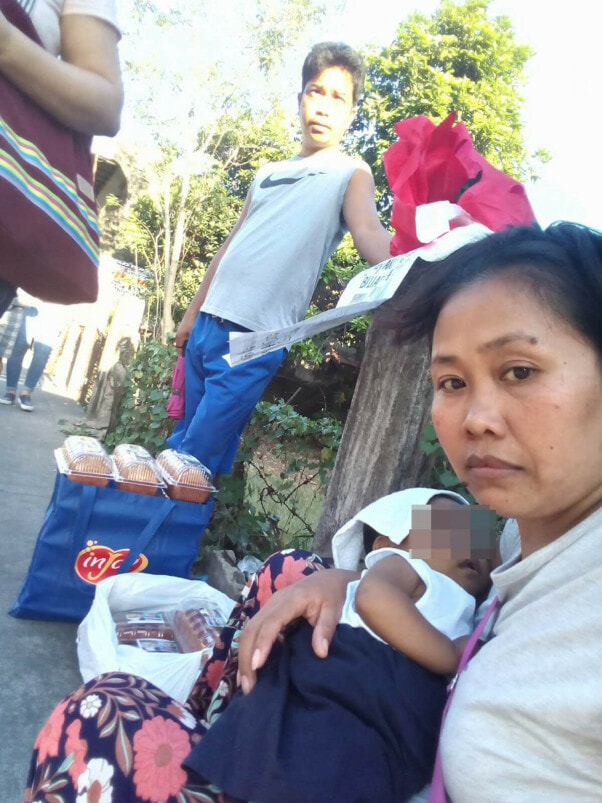 As for now, the infant is regularly consuming multivitamins as medication while waiting to be operated. Doctors have told his parents that if he is not operated on by the age of 1, he might not make it to 2 years old.

Find out how you can help this family here!

We hope that with more donations, Baby Aki will be able to undergo this life-saving procedure soon! 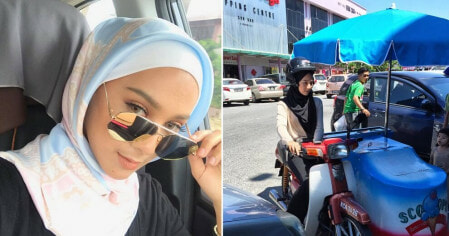