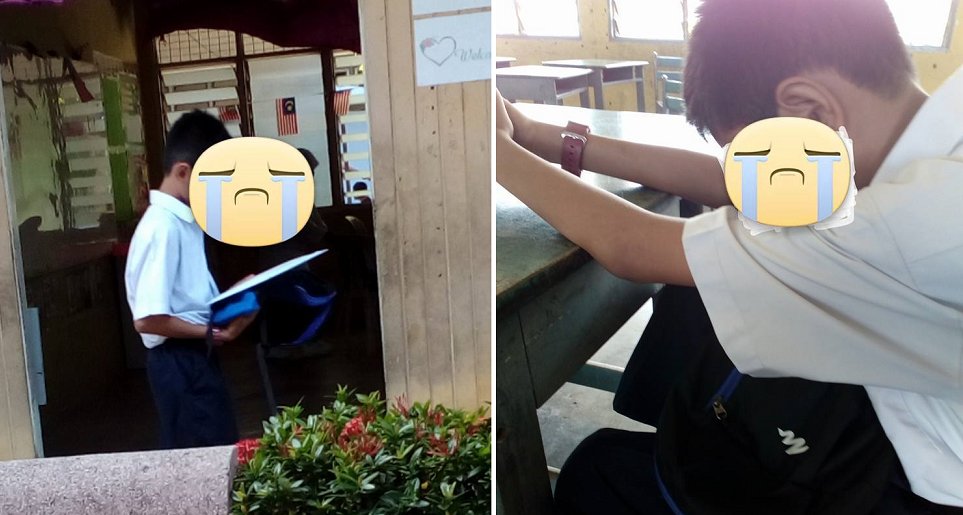 Final examinations are truly important to Malaysians as they allow us to enrol into better institutes. Although people place more importance on SPM and PMR/PT3 exams, the UPSR is still pretty important for us to get into good schools.

Even though we are being handed a mere piece of paper, the words written on it are much more valuable than many things in our lives. After all, it is a reflection of our efforts, no matter how well or badly we did.

As for this particular boy, he couldn’t even receive his UPSR results at all!

Through Dzul Faa’s narration, the woman told the story of how she went to school to be there for her second son, Amir, while he collected his results. 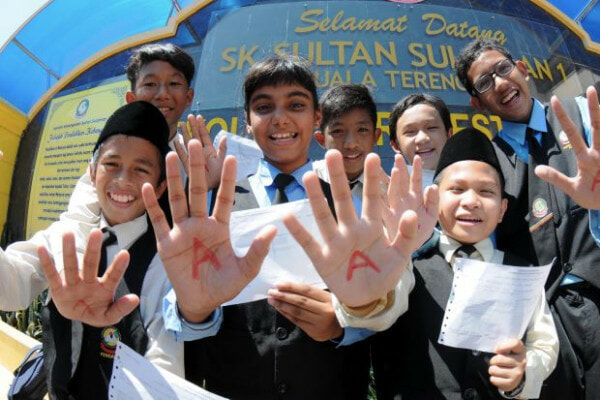 Everything was going well as expected. Amir received his slip, his results were mediocre and Dzul was content with her son’s performance. However, as they were about to leave, something caught the corner of her eyes.

“I was walking back to the car, I wanted go back to work immediately. My son asked to go home with me and I just nodded while looking at my watch. I sped up.

“A few steps later, my eye caught a figure sobbing and holding his tears, crossing in front of me. His eyes were red and watery as he walked into an empty classroom.

“He pulled a chair and hid his face in his arms as he leaned on the table to cry his heart out. Ah, my thoughts were that he probably did badly in his examination.” 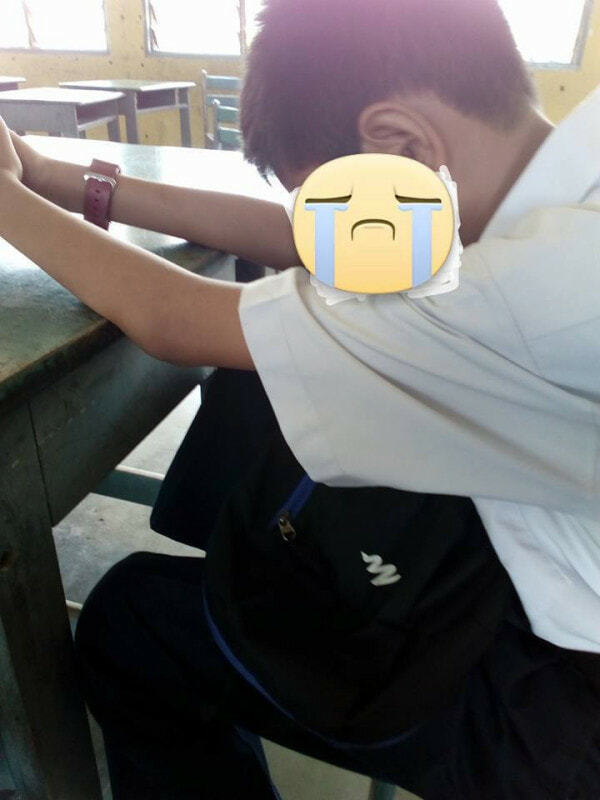 At this rate, Dzul couldn’t really care much about the student. After all, it isn’t even her responsibility. She just wanted to go back to work ASAP.

Before she could walk off, Amir chimed in,

“Pity him, mama. He couldn’t take his results because he didn’t pay for his school fees.”

Dzul continued, “As I heard this, I felt confused. How is it possible that the child is denied of his right due to the problem of adults.”

At this point, Dzul wanted to set a good example for her son, so she decided to talk to the boy first. She approached the boy and asked him,

“Why are you crying? Can I help? Have you gotten your results?”

The boy merely shook his head, so she continued, “Let’s go collect your results,” and she tried to pull his hand along.

However, she stopped as he quietly replied, “It’s okay makcik. Tomorrow my mother will come and collect it.”

Dzul tried persuading him into meeting the teacher instead, but he just said that he hasn’t paid his school fees. Without a second thought, Dzul offered to help pay for his fees.

Nonetheless, the big problem was she only had RM10 on her at that time. Out of nowhere, Amir appears and asks for RM200. Dzul was in shock.

Amir explained that the boy owes the school RM249. Amir had received some cash from his science teacher for doing well in his exam.

But Dzul was still panicking anyway. RM249 isn’t a small amount especially when she has to think of all her children as well.

Thankfully, Dzul received a bit of help from her friend and they were able to help settle the overdue payment. Hence, the boy was able to get his results with no issues.

“The moment he touched the piece of paper, I just lost control of my tears and cried without even covering myself.

“The child came up to me, greeted me and said thank you. He stretched out his arms to pass me the result slip.

“I took the paper, folded it and told him to go home and show it to his mother, and to be a good child and work hard.” 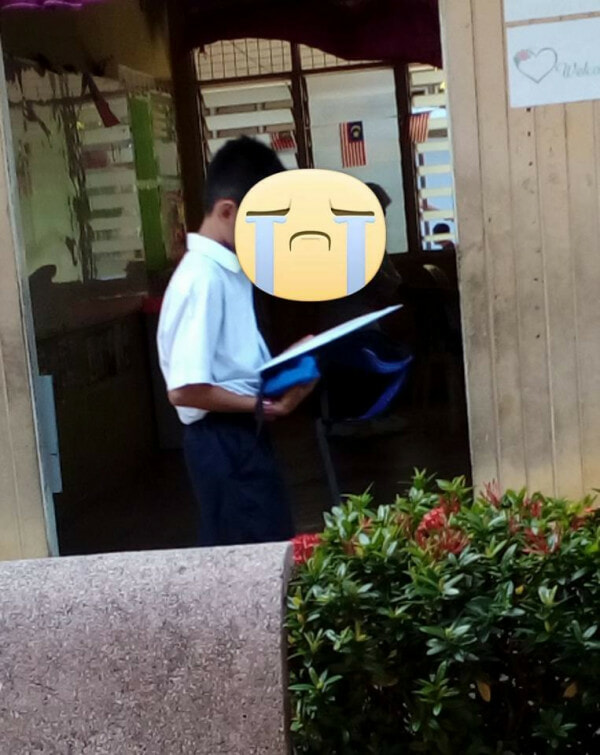 Dzul was truly touched. She was content with Amir’s results, but she was even more impressed by his act of kindness. She said, “I’m truly thankful that his humanitarian values are higher than his grades.”

In fact, Dzul reflected on how she had learnt a big lesson that day from her own son. She pointed out that it took this fateful day to teach her how much more important it is to be kind and caring towards others.

She also realised that every child is wonderful in their own way.

Also read: M’sian Shares Heartbreaking Story of How He Stayed by His Wife Through Her Illness