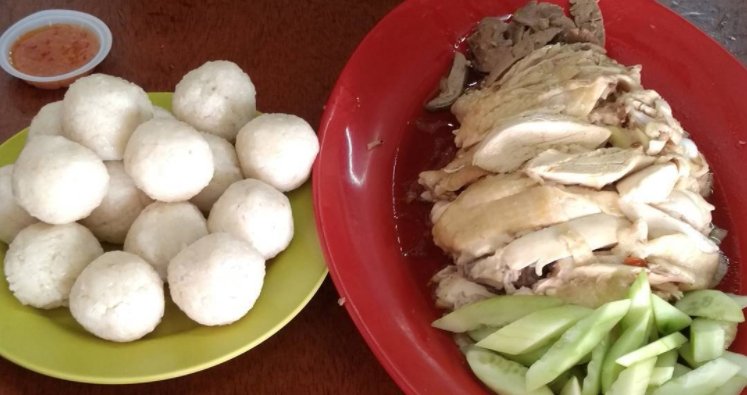 Melaka is known as a haven for yummy local food and many people love going there during the holidays for a foodie road trip. If you are familiar with Melaka, then you would know that one of the most famous food there is none other than their signature chicken rice balls that takes the well-loved Hainanese chicken rice to the next level. 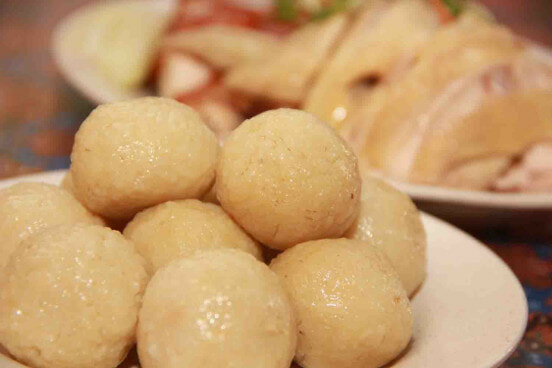 It’s basically taking the fragrant chicken rice you know and love then shaping the rice into cute little golf ball sizes. Of course, the meal isn’t complete with some tender yet firm chicken meat, and its tangy chilli sauce. Now, while you may think that the chicken rice balls are a marketing gimmick because of its fun shape, did you also know that it allegedly has a historical past? FYI, Johor and Singapore have their own chicken rice balls too, but in a much bigger size.

So where did they originate from? Well, we did a little research and it appears that there are allegedly three (yes, THREE!) theories of how it got its round shape.

1. By a wife who sold it to sailors and workers for easy consumption 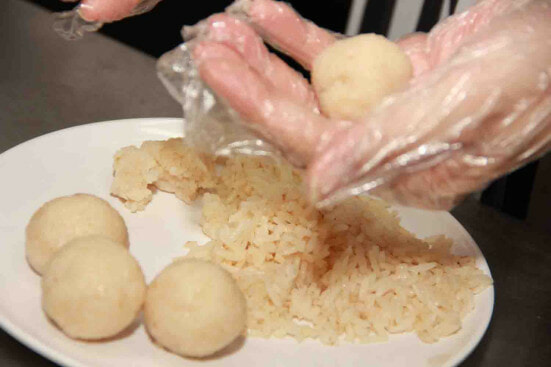 Hoe Kee is one of the most popular chicken rice ball shops in Melaka and according to Eating Asia, a few decades ago, he was a fisherman who was arrested when pursuing a catch in the Indonesian waters, so his wife had no choice but to be the breadwinner of the family.

At first she did laundry but the money she earned was not enough to feed and clothe her children. Hence, she decided to sell Hainanese chicken rice at Melaka’s main jetty to the labourers working at the docks. Official mealtimes were nonexistent so food had to be dished up and wolfed down quickly. Time is money, guys! 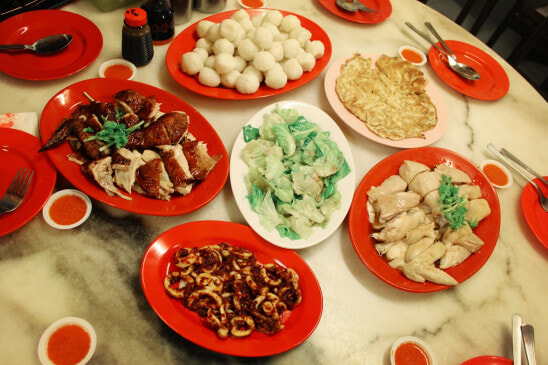 As the story goes, she thought up and idea to sell her rice by rolling it into tennis-sized balls so that the workers could handle the rice easily and carry it around. Practical, right? The idea caught on like wildfire and the rest is history. It’s also said that Hoe Kee made a slip from his prison guards and he came back home to help out with the business that’s already booming. Till this day, the business is still going strong!

2. By chefs back in the day to keep it warm for longer periods 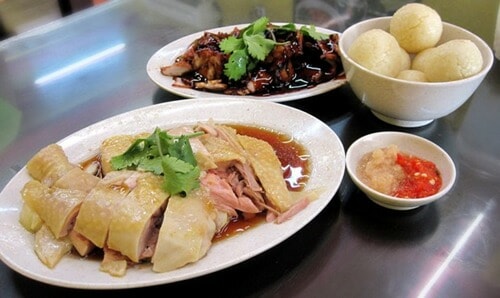 You’ll find that all of the theories for its spherical shape are generally for practical reasons rather than aesthetic purposes. Another theory that we found according to Wikipedia is that in the olden days, chefs used to store their rice in wooden containers and they cooked their rice in the morning. However, they’d only need to consume the dish later in the day.

In order to retain its warmth, they apparently hit on the idea of rolling the rice into balls as they found that it would preserve warmth for longer periods. Because everybody loves warm, fragrant chicken rice!

3. By peddlers for easier transportation 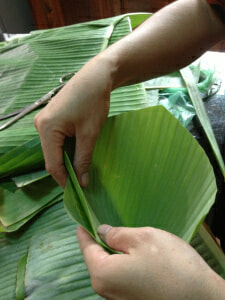 There was also another theory where it was rumoured that travelling peddlers invented the idea. A book called Not Just a Good Food Guide: Singapore expounded this theory, saying that these peddlers found it too troublesome to carry crockery around when they were selling their chicken rice.

To make life easier as they carried everything on their shoulders, they decided to roll it into balls and wrapped it with banana leaves. The peddlers claimed that this method also helped seal in the flavour of the rice better. 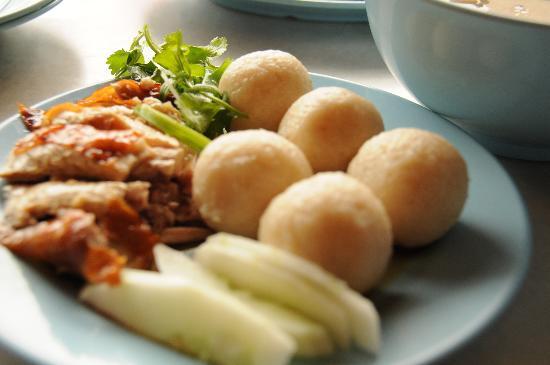 While we still don’t know for sure which is the actual theory, it will definitely make eating those delicious chicken rice balls all the more exciting! So, which theory do you think is the real origin? 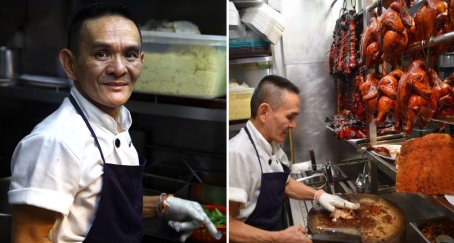