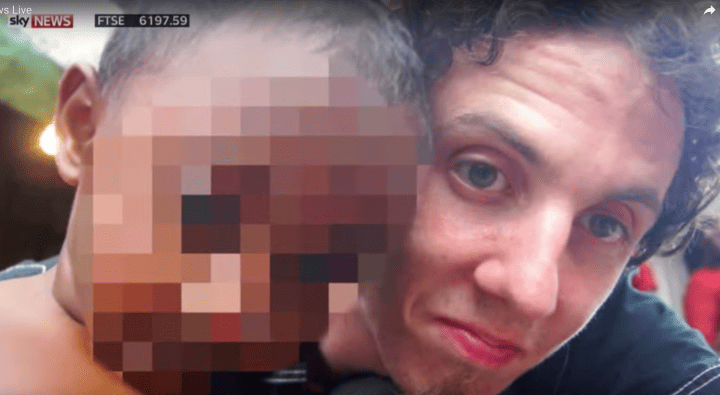 30 year old British male faced 91 charges of sexual abuse and has admitted to 71 of them that happened from 2006 to 2014 after further court hearings. His charges include 14 counts of rape, 31 of sexual assaults, six grooming children to expose or touch themselves or other children sexually and 12 for taking indecent photographs.

Richard Huckle is the figure of disgust and was dubbed as ‘Britain’s worst pedophile’ as sickening acts of his came to light. The pedophile had posed as an English and Sunday School teacher in Malaysia and victimized children from as young as 6 months old to 12 year olds.

Huckle primarily targeted the children from poor families in Kuala Lumpur as they were believed to be most vulnerable. He was believed to have abused up to 200 young victims after persuading their families he was a respectable Christian philanthropist.

The man took photographs and even filmed videos of himself abusing children and then uploading them to the dark web – the notorious side of the Internet where illegal activities are often exchanged.

He often boasted about his heinous acts, of one he wrote on a paedophile forum: “Impoverished kids are definitely much, much easier to seduce than middle-class western kids; I still plan to publish a guide on this subject.”

Investigators probed through his personal belongings to uncover over 20,000 obscene images of boys and girls on his computer. The sick man keeps a catalogue of his attacks that stretched back to when he was 19 years old and even wrote a 60-page manual titled, “Paedophiles And Poverty: Child Lover Guide”.

“Those images of child abuse will inevitably have been shared with other paedophiles and therefore been the subject of uncontrolled worldwide distribution,” London Prosecutor Brian O’Neill said.

Huckle expressed in court that he wanted to create a “Paedo Wiki guide”. His went to the extent of creating a game, awarding himself “pedopoints” for 15 different levels of depravity on children, which he rated from “basic” to “hardcore”.

Judge Peter Rook said he was considering a life sentence in the case as it was of “exceptional gravity”.

“It amounted to sexual offending of the utmost gravity and as a result I am considering life sentences in your case”, the judge said on Wednesday.

Huckle’s sentence is expected to be concluded on Friday.