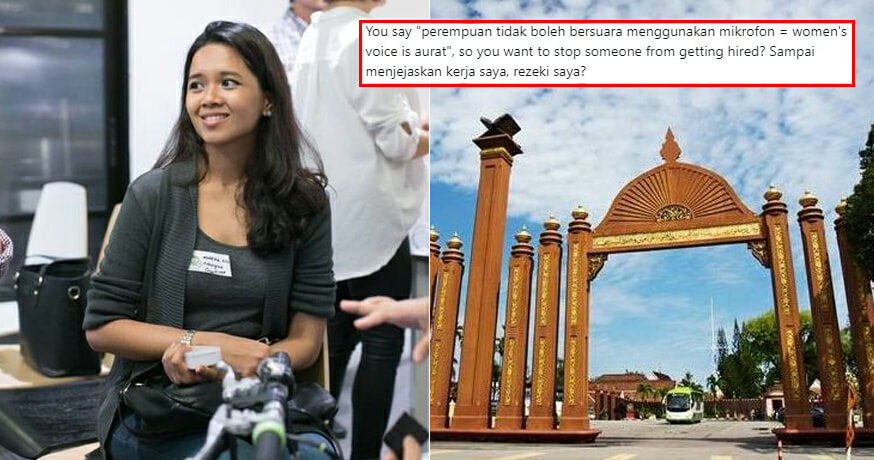 Being an emcee is no easy feat, as you have to possess good stage presence, spontaneity, and also try not to freak out if ever something goes wrong. Shoutout to all emcees out there!

Ameera Aida, who works as a freelance emcee, recently shared her unpleasant experience on Twitter. As a Muslim woman, she was reportedly forbidden to carry out her job in Kota Bharu as the Kota Bharu Municipal Council Islamic City (MPKB) prohibits Malay women from emceeing. Say what?!

According to her thread posted on March 29, she was forced to cut short her five-day emcee job to two days instead, due to the reason stated above. FYI, it was an event for children held indoors, and she even wore a hijab and a loose crew-neck T-shirt. Sounds alright to us tho.

Even Ameera’s clients were horrified by MPKB’s sudden decision, and were powerless about the situation as well. She was compelled to take a bus back to KL, despite the pre-booked and paid flight tickets and hotel rooms.

“My client worked really hard to make sure I am prepared for the event and that the roadshow goes on smoothly. I have invested time and money to make sure that I do a good job. But here we are,” she wrote.

Ameera has been working as an emcee for the past six years, touring across Malaysia (including Kelantan) for work. As a freelance emcee, it is unavoidable to face disappointments, event cancellations, not getting hired and more. “Forgive me for tying to make ends meet. All I want is to have an income that is halal,” she wrote.

“You say ‘women are not allowed to let their voices be heard using a microphone, as a woman’s voice is aurat‘. So, you want to stop someone from getting hired, that it affects my work and income?”

She was absolutely furious when she was rejected due to that reason. But it sparked her curiosity regarding the matter, and now she wants to know the exact reason.

“To what extent do these rules apply? My problem here is the inconsistency of implementation. Yes, my income is determined by Allah. Maybe my income would have a better turn in life after this incident. Regardless of that, I would still like to continue on with this issue. Please enlighten me on my ignorance.”

Ameera also clarified that she has nothing against the people of Kelantan, and that she adores the people there as they treated her like family even though she looked out of place. After she received the news, she went walking around the area feeling dejected, and told a few uncles and aunties why she had to leave early.

“They shouldn’t do that,” they responded.

Her tweet instantly garnered the attention of local netizens, sparking a online discussion on whether the female voice is considered aurat and whether Muslim female singers, motivational speakers, teachers, lecturers and even politicians will also be prohibited from using microphones in public. Most of them expressed their dissatisfaction on the issue. 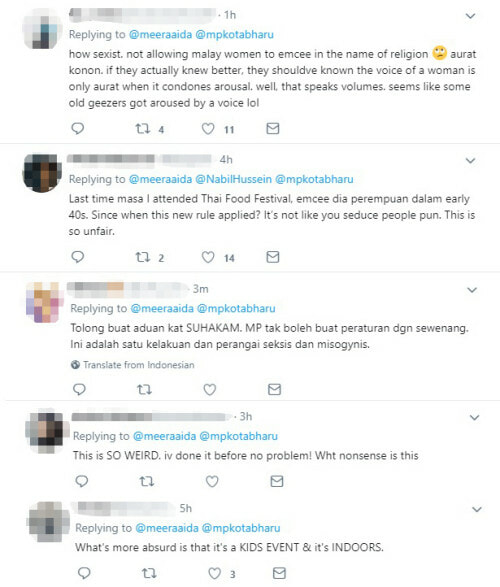 One netizen asked her if the turn of events would be the different had it been a non-Muslim female in her place instead. She replied saying that there were not much problems for her client previously when they hired a non-Muslim female emcee last year. However, they did get charged for other things, such as performing the well-known ‘chicken dance’ for toddlers. Whut…

Another netizen provided her a link to a research paper regarding the implementation of covering the aurat in business premises from historical background, jurisdiction, interpretation, sources and enforcement level for her reference. 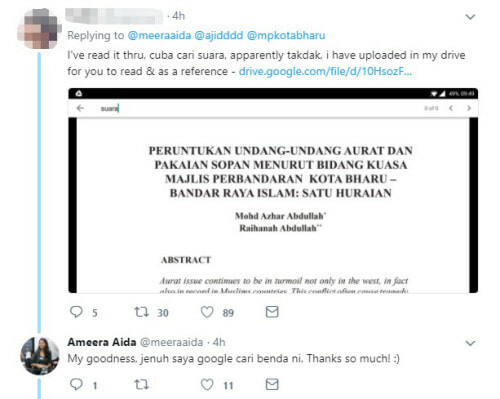 A netizen even jokingly said that the state should implement a new rule where only mute women are allowed to be an emcee. Lmao, this is the best comment if you ask us! 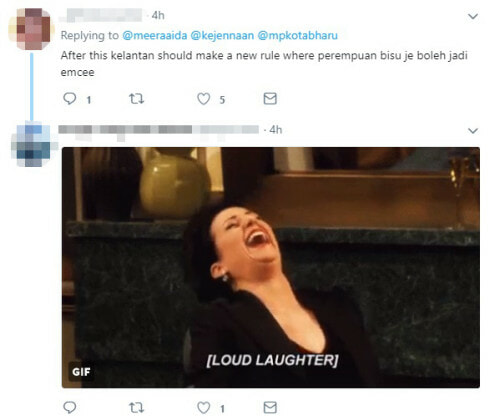 Hopefully this issue will be resolved soon and we hope Ameera is enlightened on her query regarding her religion.

Do you think it was unfair that Ameera’s five-day job had to be cut short to two? Tell us what you think in the comments! 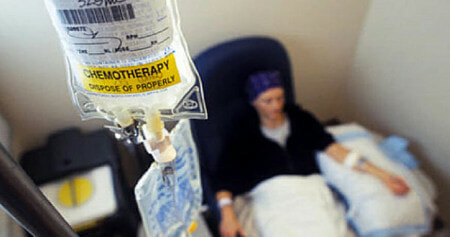