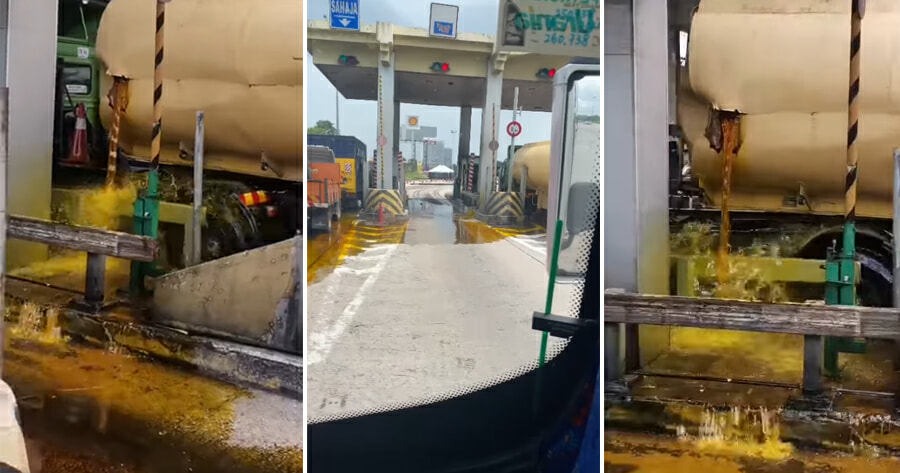 About 20,000 litres of cooking oil was spilt after a tanker lorry skidded and hit a pole at the Juru Toll Plaza on 20 April, causing its tank to leak and making the road slippery.

According to a spokesman for the Penang Fire and Rescue Department’s (JBPM) Operations Centre, a report was made about the incident at about 12.05pm before a team of personnel were rushed to the scene, reported Sinar Harian.

“Upon arrival, the fire brigade found a leak from the tanker lorry carrying a load of 20,000 litres of cooking oil,” he said.

“The tanker was driven by a driver in his 50s. He was reported to have suffered minor injuries to his legs and was taken to Seberang Jaya Hospital (HSJ) for further treatment.”

The fire brigade and the PLUS Response Team Squad worked together to stop the leakage and cleaned up the oil spill in the area until it was deemed safe. The operation, which was carried out by a team from the Perai Fire and Rescue Station, ended at 1.30pm.

Meanwhile, the incident caused traffic to the north to slow for about three kilometres, according to Lembaga Lebuhraya Malaysia on Twitter.

Seberang Perai Tengah District Police Chief, Assistant Commissioner Shafee Abd Samad confirmed the oil spill when contacted and added that the police will get further reports from PLUS regarding the incident. 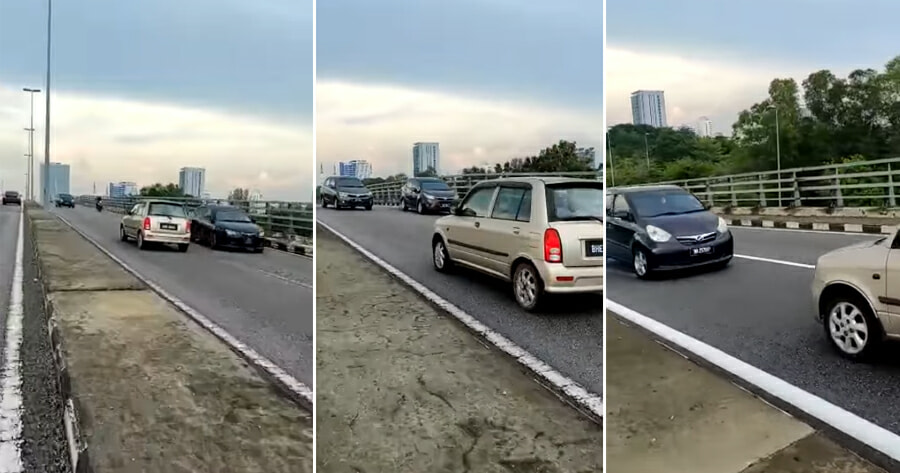