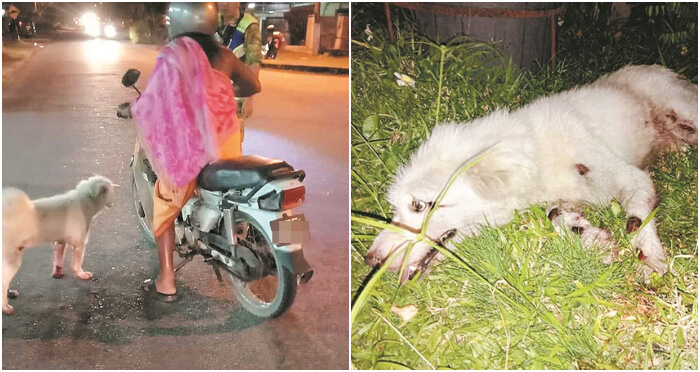 As much as it breaks our heart to even hear about it, yet another case of dog abuse has struck in Malaysia, and this time it’s in Kampar. A dog was tied to the handlebar of a motorcycle, and dragged along a road for 500 metres!

The incident happened last Friday (March 8), a witness named Liu told Oriental Daily. He had been conducting prayers at a temple along Jalan Perak, when he suddenly noticed a motorcyclist passing through, with a rope attached to it. One end of the rope was tied to the handlebar, and the other… to the neck of a dog. The sight of the dog being dragged so brutally, while wailing out in pain, was not one he could bear for much longer, so he went up to a group of traffic control officers on the scene for help. They instructed the motorcyclist to let go of the dog, threatening a police report if he did not comply.

He said: “The motorcyclist was an gender-neutral person dressed as a woman. He only loosened the dog’s rope when some police officers nearby decided to step in, and then he sped off on the vehicle. The dog has since undergone a check-up, and it is wounded all over, from his limbs, to his abdomen and neck. It also appeared very weak upon his rescue.” 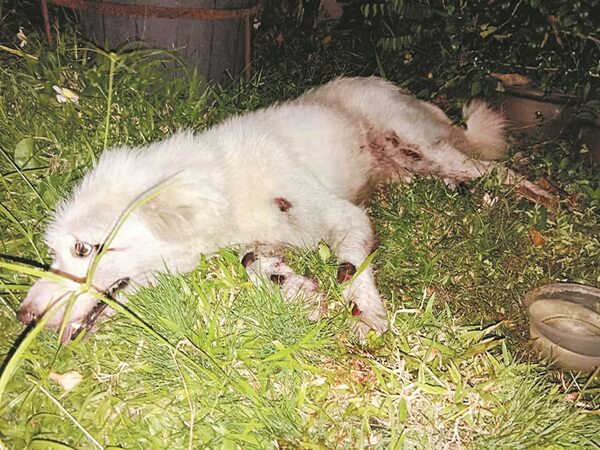 How could anyone do such a thing to a gentle creature?

Police who were there at the scene of the incident also added that the suspect is a local, and often seen wearing sarees in public. They had asked the motorcyclist whether he is the owner of the dog, but he denied it, and even boldly stated that he had only dragged the poor animal along to take him around. Err, how about actually walking the dog with a leash and collar like everyone else?

At this time, the dog has been given proper medical care, and is being warded at a rescue centre while it recovers. The president of an Ipoh animal protection charity body called Mutts & Mittens, Zhang Junjie, who is keeping tabs on the condition of the dog, estimates that it was dragged on the road for at least 500 metres. Sigh…

Once the dog recovers, Zhang hopes to find a responsible caretaker who can adopt it and give it a happy forever home. He also implored all potential eyewitnesses to come forward to the police and Department of Veterinary Services with information, so that the animal abuser can be brought to justice, and serve as a warning to other potential offenders.

With the recent spate of animal abuse cases, we truly hope this serves as a wake-up call to the public and our government to implement new laws or toughen existing ones, so that the rights of animals can be protected and their abusers can be penalised. Fingers tightly crossed for our furry (and non-furry) friends!

Also read: Cruel Man Ties Dog Up Before Punching It Until It Bleeds While His Young Daughter Watches 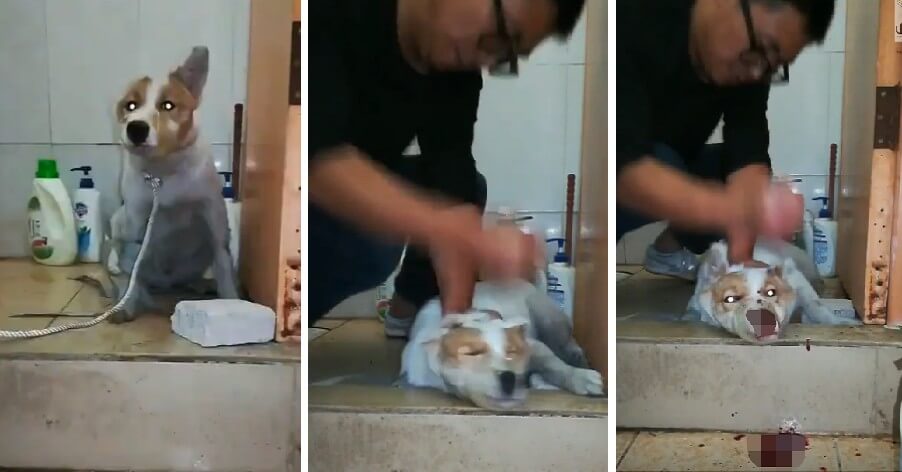