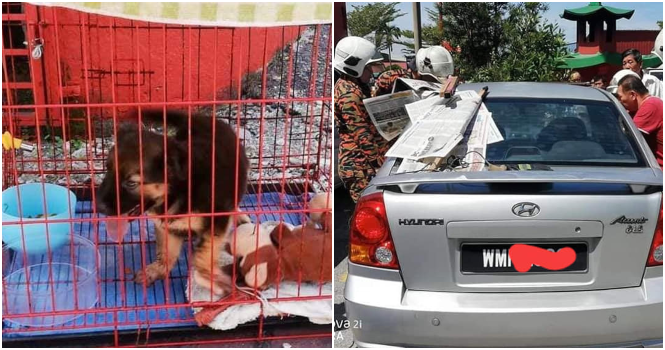 Abandoning pets under inhumane circumstances is absolutely unacceptable and it can be considered as animal abused. An adorable little puppy was found locked in a cage inside of a locked car in Kepong, on the 15th of March 2020. The car with the trapped puppy was found stationary at a parking lot nearby Hou Dia Pang Restaurant, Taman Daya, Kepong. 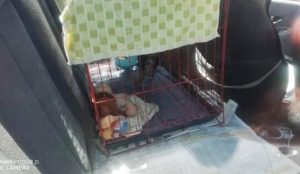 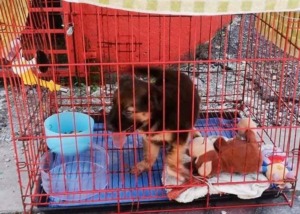 The poor puppy was found at 11.15am and firemen had rushed to the scene to save the little fella. According to the Malaysia Animal Association’s Facebook page, the firefighters on duty had successfully removed the puppy from the car. Based on the pictures posted by the page, it can be seen that there were sun rays reflecting off the car, highlighting the fact that the car was under the blazing hot sun. 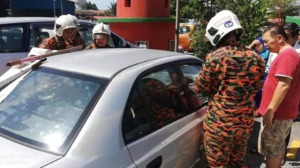 In order to rescue the puppy, firemen had to open the door of the car in an attempt to remove the puppy. Netizens were very appreciative towards the firemen’s efficiency in handling the situation and bringing the puppy to safety. Thank goodness for hardworking firemen!

The Malaysian Animal Association further expressed their disappointment towards the reckless owner who abandoned their puppy under such unkind circumstances. In their Facebook post, they said that there are still owners who are thoughtless and disregard their animal’s safety. Leaving animals trapped in confined spaces under extreme heat conditions such as the inside of cars can induce heat stroke and put the animal’s life in danger. 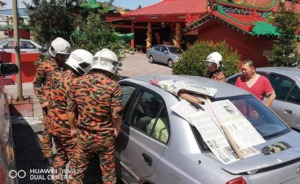 Also read: SPCA Investigates Video Of Woman Laughing As Man Hit & Scolded a Cat So Badly It Urinated Out of Fear 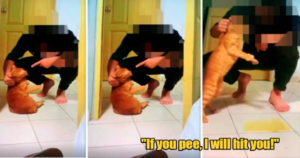