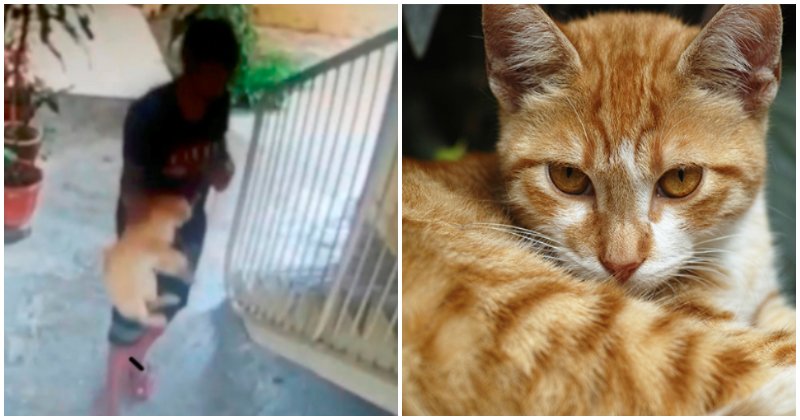 Crimes against animals, whether accidental or intentional, are very much on the rise in Malaysia. From trying to save a bear that you thought was a dog to shooting a helpless monkey through a cage because it couldn’t speak, humans just can’t seem to get it right.

But a man from Wangsa Maju on the other hand, has definitely gotten it all wrong as he was caught on camera hanging a cat by its neck from a staircase.

Imagine how you’d feel to find your beloved little kitty, dead and frothing at the mouth after such cruelty. That’s how the owner of the cat, Mr Asrul, found it. 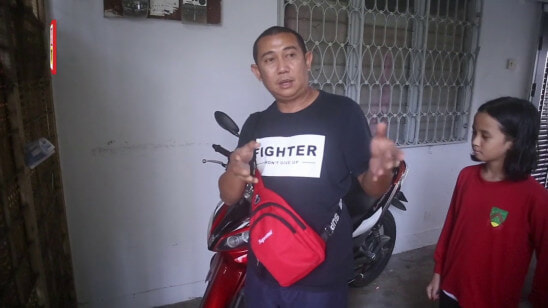 The incident happened at an apartment in Section 2, Wangsa Maju. Mr Asrul’s neighbour had found the cat hanging from the staircase and decided to release it from its noose before laying it at Mr Asrul’s doorstep.

Upon further investigation, CCTV footage revealed that the cat had originally escaped the evil-doer’s first attempt at hanging it, but the man chased it down and tied it up again, this time resulting in the cat choking to death.

The man who committed the crime apparently isn’t a resident of the apartment building, but the cat’s owner is confident that the authorities will catch the perpetrator.

“I leave it to the police. I wish to see the perpetrator apprehended and be handed a just punishment so it serves as a lesson to other people to not treat animals like that,” Mr Asrul told NST.

“I am saddened by what happened because this man had acted in such a cruel and inhumane manner. I took care of this cat for three years, and he made the cat suffer until it died.”

Also read: Cat Passes Away After Child of Raya Guest Hits Its Head with Hard Object During Open House