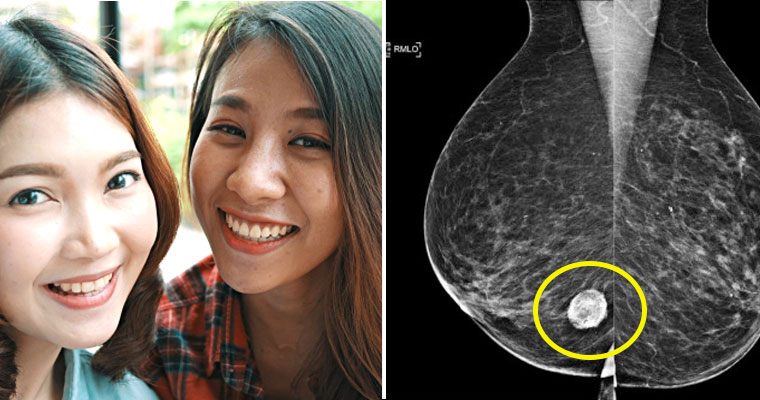 One of the most likely symptoms Malaysians are often told to look out for when it comes to breast cancer is lumps in the breast. While this is a good way to start looking out for your sisters, breast cancer can reveal itself in numerous other forms. Most of these more unlikely symptoms often seem like ordinary, momentary issues, when it can actually be a foretelling of cancer. And it can affect both males and females!

Here are some unlikely symptoms you should look out for as told by Malaysian breast cancer survivors:

1. Visible veins on the breast

“I noticed bluish veins on my left breast while I was changing one day but I didn’t think anything of it. After a few days, the blue veins still remained, but it didn’t hurt. I remember feeling worried but I kept telling myself it was nothing because there was no pain or lumps whatsoever. My husband told me to get it checked just so that I can have peace of mind. Long story short, it turned out to be cancer.” – Cheryl Lee, 37

Sudden appearances of blue veins can mean that there’s an increase in blood flow leading to the cancerous tumour. If you’re not naturally veiny, and the sudden appearance of veins don’t disappear after a few days, be sure to get it checked!

2. Sudden eczema-like itch on the breast 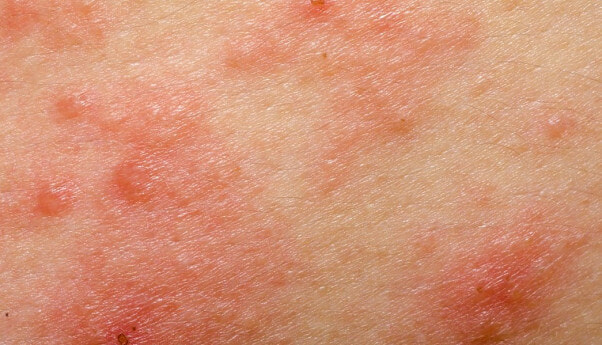 For illustration purposes | source: self

“I didn’t notice the itch at first as it was a very once-in-a-while thing but later on, the itch started getting more frequent and it annoyed me. It was even more uncomfortable because it was my breast that was constantly itchy. After a few weeks, it started getting red and the skin started to peel from all the scratching. No ointments helped.” -Mrs Tan, 52

Sometimes known as Paget’s disease, this rare skin condition can sometimes be an underlying sign of breast cancer. This disease usually causes red, scaly rashes on the breast. More often than not, they can be misdiagnosed as eczema. With Paget’s disease, it can mean that there are breast cancer tissues behind the nipple. 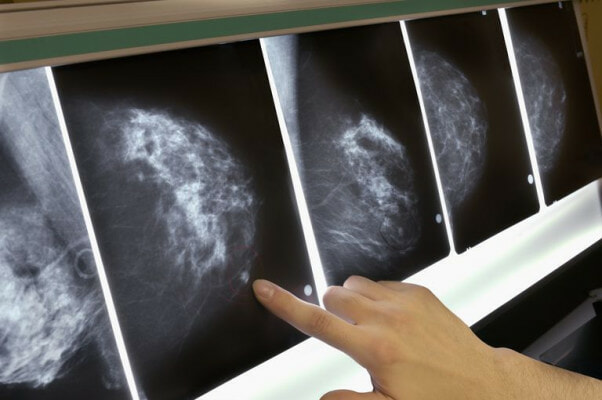 “After my shower, while I was putting on my clothes, I happened to be standing in front of a mirror and I noticed something off about my right nipple. It looked like it was going inwards slightly. It wasn’t a big difference but it definitely looked disparate from my other nipple.” – Serene, 39

It’s important to pay attention to the physical shape, colour and size of your breasts (and nipples) because if you notice the slightest change(s) early and get them checked, you’d be saving yourself a lot of stress and worry later on. In this case, if you notice your nipples are suddenly a different shape or perhaps it’s suddenly pushing in toward your body rather than pointing outward (aka inverted or retracted nipples), it could mean the cancer tumour is attacking the duct behind the nipple and pulling it in.

4. The skin on the breast starts to look like an orange peel 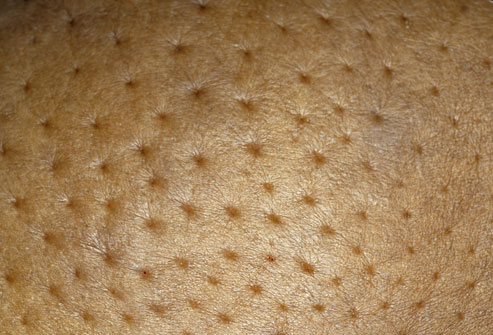 “The skin around my breasts were generally smooth and spotless as is the case for most people; but one day before putting on my bra, I noticed one of them started to look and feel slightly uneven. It felt like the skin of an orange peel with all the small bumps. It looked quite geli. For two weeks it remained like that and it started to feel uncomfortable. So I went to get it checked and found out I had inflammatory breast cancer.” – Mei Chin, 45

Also known as “skin dimpling“, this is a common sign of inflammatory breast cancer. This form of cancer results in the blockage of lymph vessels in the skin which leads to orange peel-like textured skin. However, if this appears on both your breasts, it’s often nothing to worry about; BUT if it appears on just one side, be sure to see a doctor.

5. You can have NO symptoms whatsoever 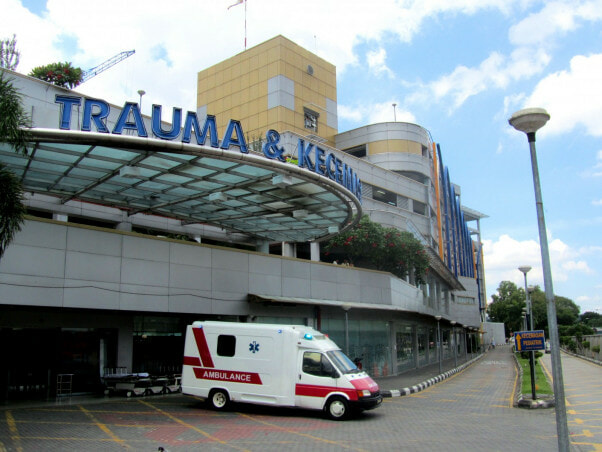 For illustration purposes | source: the well

“Back in 2013, I was due for an appointment with my gynae at University Hospital so I thought, why not get a mammogram done too? I went in for my appointment not expecting to find anything wrong with my breasts because the last I checked, there were no tangible lumps or discomfort, no change in shape or colour, no family history either. A few days after the mammogram, a nurse called me and told me I needed to come back for more “routine tests”. She said it was nothing to worry about but after the additional tests and ultrasound, the doctor diagnosed me with ductal stage 2 cancer. Apparently, there was a lump in my breast, I just couldn’t feel it.” – Stephanie, 49

Most of the time, cancer of any form will come with one or two symptoms such as pain or discomfort or even noticeable lumps and tumours. However, there are also incidents where there are seemingly no physical signs whatsoever. This is why it’s crucial that you go for regular check-ups!

After all, breast cancer is the leading cause of death among Malaysian women and nearly 3,500 cases are detected every year. That means, about 1 in 20 women are at risk of breast cancer. It’s more common than you think and it can affect anyone. That’s why, this year, together with the team at Neon Run, we want to bring even more awareness to this disease through the annual Neon Run. 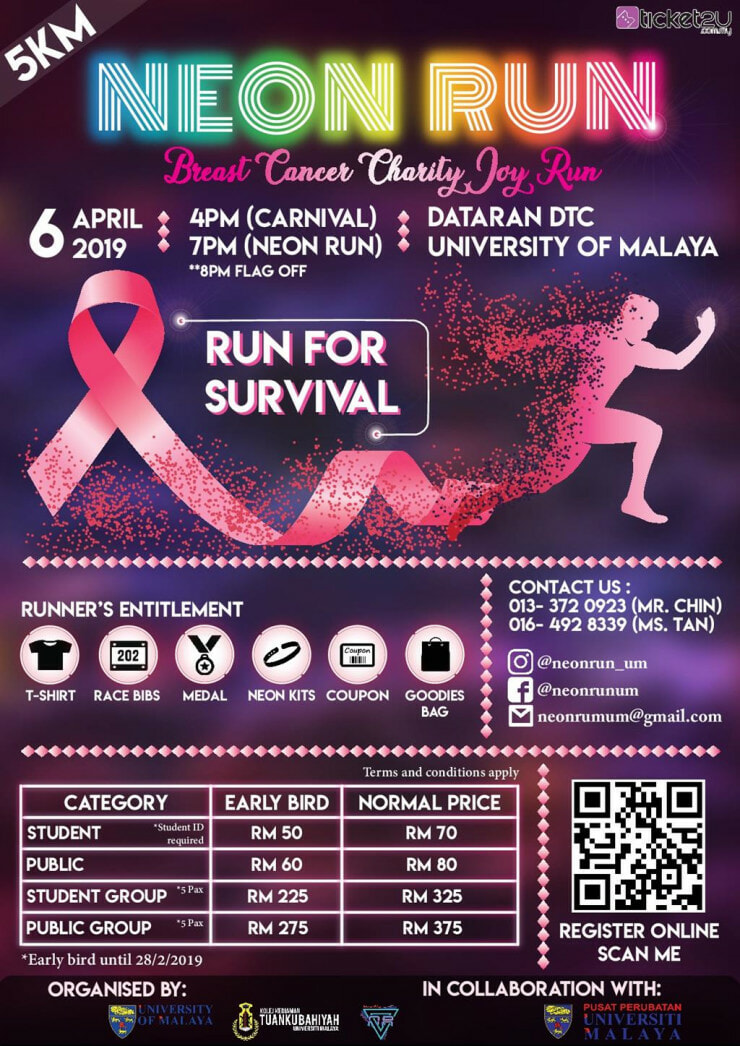 So if you’re looking for a good way to keep fit while supporting a good cause, do consider this run. Deets below:

For more info on group and student prices or to register, check out: Checkpoint Spot, Ticket2u, Racexasia, or Hooha Asia.

Not only will you be giving a helping hand to the Breast Cancer Resource Centre, but you can rest assured that this year’s Neon Run will be as exciting, if not even better with the four exciting zones. So, grab your running shoes and sign up soon. Maybe consider making a mammogram appointment while you’re at it too!