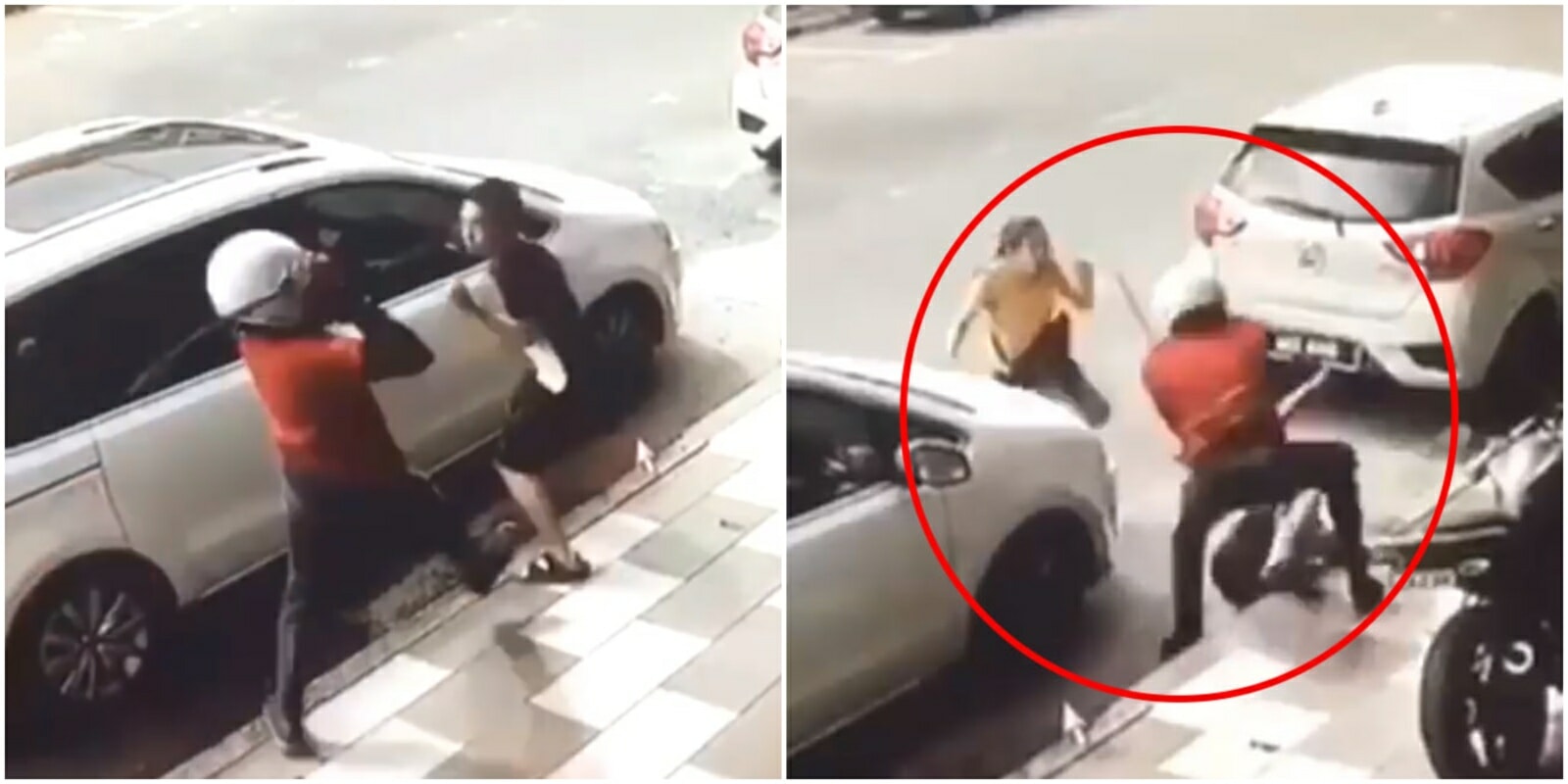 For better or for worse, in sickness and in health… This woman has clearly taken her marriage vows to heart, because she was willing to put her life on the line to save her husband from a parang attack!

Just yesterday afternoon (April 18) at 3.40pm in Taman Pertama, Perak, a couple got the shock of a lifetime when they were suddenly attacked by a helmet-wearing man wielding a parang! The man and his wife were just about to get into their car, when the attacker sprung out of nowhere, and started slashing the man with the weapon. 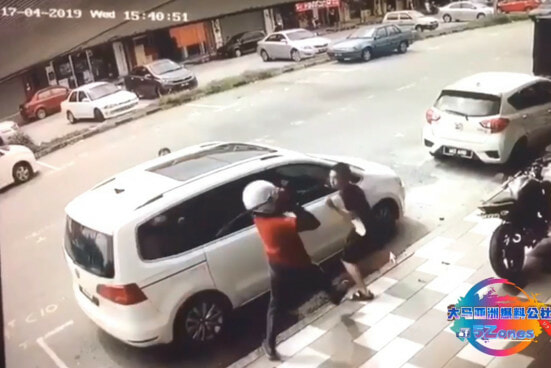 The 36-year-old businessman tried to escape, but ended up tripping on the pavement, enabling his attacker to continue slashing him another six to seven times. While this would normally be enough to send anyone running in the opposite direction, to everyone surprise, the man’s wife bravely ran forward and tried to defend her husband from the attacker eventhough the man was still furiously slashing. 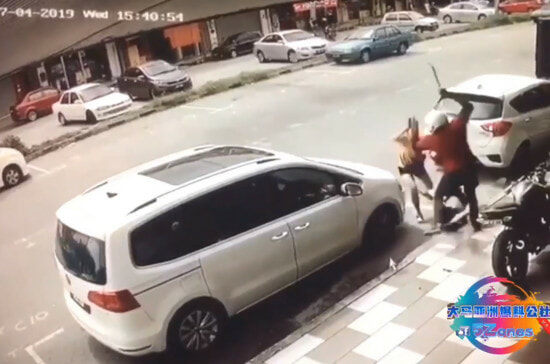 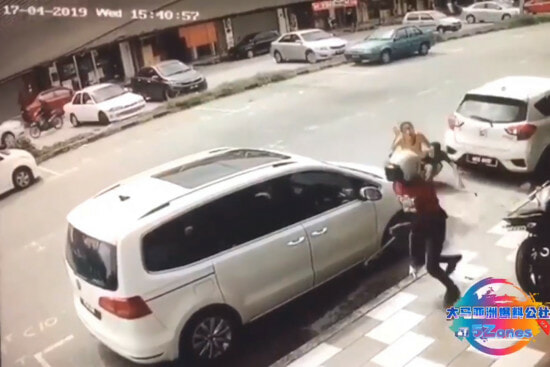 In the CCTV footage capturing the incident, she can be seen putting her hands up in front of the attacker, while dragging her husband away from danger. With the wife intervening, the attacker finally stops the assault, and runs away. Something worse could have happened if the wife hadn’t stepped in…

Police said the couple could not get a good look at the suspect’s face, as he was wearing a helmet and a mask, and everything happened too quickly. The suspected motive behind the attack is that it may be related to conflict of business interests. The lows that people would stoop to just to get ahead!

The injuries that the man sustained turned out to be very severe, as his back has a cut that’s 7cm long and 4cm deep – enough to expose his bones. The details surrounding the cuts on his legs are unclear, but miraculously enough, his wife got away unscathed!

After the video went viral, netizens expressed how horrifying the scene was and also applauded the lady for her very brave act.

“That lady is my spirit animal,” one wrote.

“That queen is protecting her king! Find someone like this who is willing to put everything on the line for you <3,” another user tweeted.

Police have conducted investigations at the scene of the crime, and obtained CCTV footage. If the motive of the attack is true, that means the businessman has been marked, in which case we hope the authorities can find the people responsible as soon as possible. Until then, it may not be safe for the couple to step out in public anytime soon. 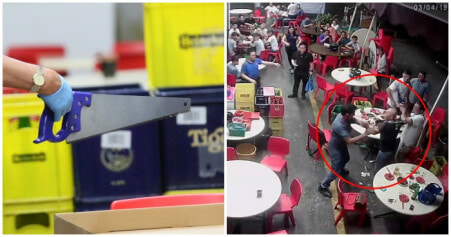