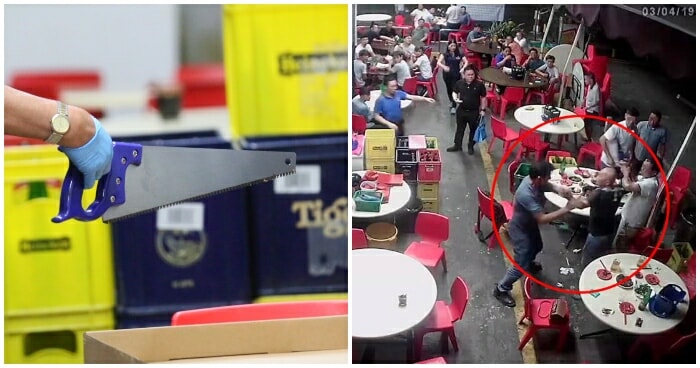 For non-smokers, getting a whiff of secondhand smoke wafting around you is definitely not a pleasant one. However, there’s not many of us who would’ve reacted the way this guy did when he got annoyed by smokers – by attacking the person with a 30cm saw.

In a coffee shop located along Geylang Lorong 25A in Singapore, a normal evening deteriorated into a violent, bloody one as two men clashed over a simple cigarette. According to Oriental Daily, it all started when a 51-year-old bald man covered in tattoos voiced out his dissatisfaction to a smoker sitting nearby. A friend of the bald man, named Tan who had witnessed the whole incident said that there was already some tension between the two men as the smoker had been saying some offensive things prior to that. However, it is unclear what had been said.

“The smoking area is quite narrow, to begin with, and the person sitting at the table next to us kept edging his chair closer to us, making the space even smaller. This resulted in the smoker’s cigarette fumes blowing towards our table, and we got secondhand smoke wafting all over our faces. We tried to tell him to stop, but he ignored us and just kept smoking,” Tan said.

When the bald man attempted to tell the 53-year-old smoker off one more time, this enraged the smoker, who stood up and shouted that this is the smoking area which means they were allowed to smoke there. At this point, the bald man was visibly angry himself, and he left the coffee shop right after that. One would have thought the matter already settled but 10 minutes later, he shockingly re-emerged with a 30cm long saw! Whoa, that escalated quickly. 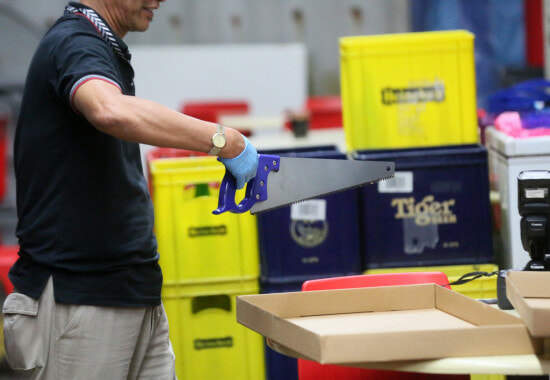 In CCTV footage recorded of the event, the bald man whipped out the saw and proceeded to attack the smoker. The smoker was not about to go down without a fight, as he too picked up a beer bottle and launched it at his attacker’s bald head! Guys, is this a Hong Kong mob drama or what… 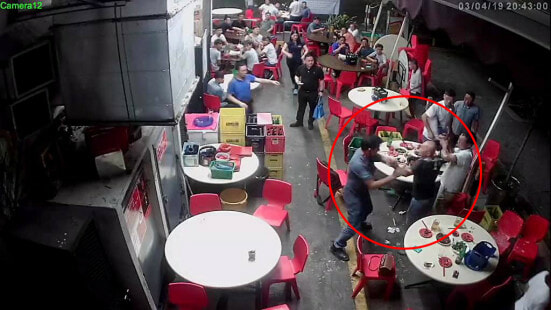 Thankfully, three other men managed to intervene by holding the bald man down on a table, and called police as well as the ambulance for help. The bald man suffered a cut on his head, while the smoker was inflicted with wounds to his head and ear.

Police have since begun investigations into the case and arrested the 51-year-old man for possession of a dangerous weapon with intent to cause grievous injury. Both men are being treated in Tan Tock Seng Hospital in Singapore. It has since been learnt that the 53-year-old victim is a Singaporean PR, and works in the construction field.

It never hurts to be considerate but then we shouldn’t overreact on little things like this! Let us know your thoughts in the comments below. 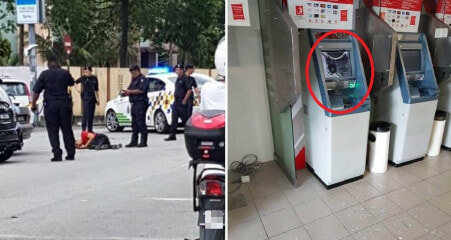